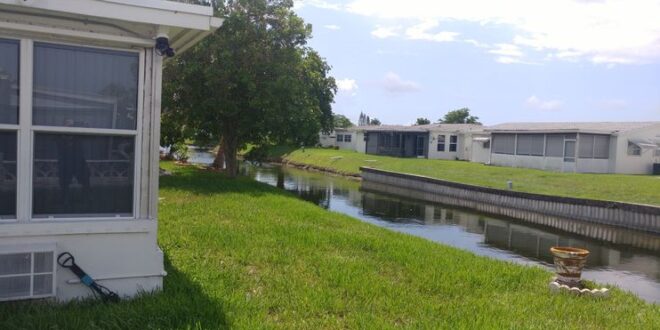 Three teenage boys are being credited with pulling a young child from a Margate canal, according to Margate Police.

They were identified as Johnny Grail and Antonio Ezzo, both 14, and Michael Dusek, 17. The toddler was identified as Nelson Martinez, 3, according to Fire Rescue officials.

While the toddler’s mother was tending to a six-month-old sibling, he got up from watching TV, went out the front door, wandered around to the backyard and fell off the sea wall into the canal, according to Division Chief Dan Booker.

“He was submerged when they got to him,” Booker said.

The teenagers were fishing across the canal behind a house on the 1300 block of East River Drive when they heard a splash and saw the child’s face and flailing arms in the water. One of the teens called for help while two others jumped in the water to rescue the child, Booker said.

“They got him just in time,” he said. “When they got him back up on the bank he was coughing up water and started coming around.”

Margate Police and Fire Rescue went to the child’s home on the 1500 block of West River Drive and took the boy to the hospital for overnight observation as a precaution, Sgt. Efrain Suarez said.

No charges were filed at the scene, but detectives will investigate to find out what happened, Suarez said.

“If it wasn’t for those kids it would have been a different outcome,” Booker said. “[The child’s family] wouldn’t be celebrating Christmas.”

Previous As I’ve aged…
Next Repaint