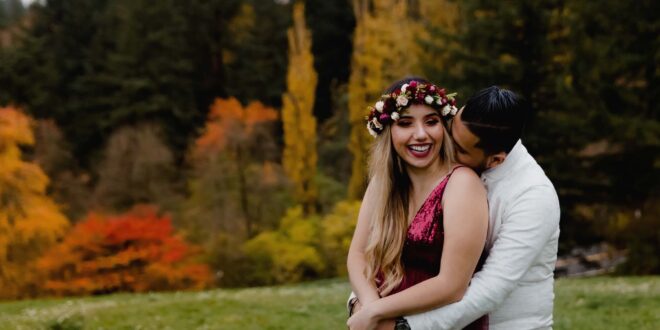 I know I’m never going to understand women.
I can’t understand how you can take boiling hot wax, pour it onto your upper thigh, rip the hair out by the root, and still be afraid of a spider.

While attending a Marriage Seminar dealing with communication, Tom and his wife Grace listened to the instructor…
“It is essential that husbands and wives know each other’s likes and dislikes.”
Then he addressed Tom, “Can you name your wife’s favorite flower?”
Tom leaned over, touched his wife’s arm gently and whispered, “It’s Pillsbury, isn’t it?

A husband read an article to his wife about how many words women use a day… 30,000 to a man’s 15,000.
The wife replied, “The reason has to be because we have to repeat everything to men.
The husband then turned to his wife and asked, “What?”

A man and his wife were having an argument about who should brew the coffee each morning.
The wife said, “You should do it because you get up first, and then we don’t have to wait as long to get our coffee.
The husband said, “You are in charge of cooking around here and
you should do it, because that is your job, and I can just wait for my coffee.”
Wife replies, “No, you should do it, and besides, it is in the Bible that the man should do the coffee.”
Husband replies, “I can’t believe that, show me.”
So she fetched the Bible, and opened the New Testament and showed him at the top of several pages that it indeed says… “HEBREWS”

A man and his wife were having some problems at home and were giving each other the silent treatment.

Suddenly, the man realized that the next day, he would need his wife to wake him at 5:00 AM for an early morning business flight.
Not wanting to be the first to break the silence (and LOSE), he wrote o n a piece of paper, “Please wake me at 5:00 AM.” He left it where he knew she would find it.
The next morning, the man woke up, only y to discover it was 9:00 AM and he had missed his flight. Furious, he was about to go and see why his wife hadn’t wakened him, when he noticed a piece of paper by the bed.
The paper said, “It is 5:00 AM. Wake up.”

Men are not equipped for these kinds of contests.

A couple drove down a country road for several miles, not saying a word. An earlier discussion had led to an argument and neither of them wanted to concede their position. As they passed a barnyard of mules, goats, and pigs, the husband asked sarcastically, “Relatives of yours?”

The wife replied, “The reason has to be because we have to repeat everything to men…

The husband then turned to his wife and asked, “What?”

Barry returned from a doctor’s visit one day and told his wife that the doctor said he only had 24 hours to live. Wiping away her tears, he asked her to make love with him. Of course she agreed and they made passionate love.

Later, Barry was getting into bed when he realised he now had only eight hours of life left. He touched her shoulder and said, “Honey? Please? Just one more time before I die.”

She agreed, then afterward she rolled over and fell asleep.

Barry, however, heard the clock ticking in his head, and he tossed and turned until he was down to only four more hours. He tapped his wife on the shoulder to wake her up. “Honey, I only have four hours left! Could we…?”

His wife sat up abruptly, turned to him and said, “Listen Barry, I’m not being funny… but I have to get up in the morning and you don’t.”

An elderly American couple went on holiday to Jerusalem. While they were there, the wife passed away. The undertaker explained to the husband that “You can have her shipped home for $5,000 or you can have her buried here in the Holy Land for $150.”

The man thought about it and told him that he would just have his wife shipped home.

The undertaker was surprised. He asked the man: “Why would you spend $5,000 to have your wife shipped home when it would be wonderful for her to be buried here and you would spend only $150?”

The husband repled: “Long ago, a man died here, was buried, and three days later he rose from the dead. I can’t take that risk.”

One afternoon a man came home from work to find total mayhem in his house. His three children were outside, still in their pajamas, playing in the mud, with empty food boxes and wrappers strewn all around the front yard. The door of his wife’s car was open, as was the front door to the house. Proceeding into the entry, he found an even bigger mess. A lamp had been knocked over, and the throw rug was wadded against one wall. In the front room the TV was loudly blaring a cartoon channel, and the family room was strewn with toys and various items of clothing. In the kitchen, dishes filled the sink, breakfast food was spilled on the counter, dog food was spilled on the floor, a broken glass lay under the table, and a small pile of sand was spread by the back door.

He quickly headed up the stairs, stepping over toys and more piles of clothes, looking for his wife. He was worried she may be ill, or that something serious had happened. He found her lounging in the bedroom, still curled in the bed in her pajamas, reading a novel. She looked up at him, smiled, and asked how his day went.

He looked at her bewildered and asked, “What happened here today?”

She again smiled and answered, “You know every day when you come home from work and ask me what in the world I did today?”

“Yes” was his incredulous reply.

A store that sells husbands has just opened in New York City, where a woman may go to choose a husband. Among the instructions at the entrance is a description of how the store operates.

“You may visit the store ONLY ONCE! There are six floors and the attributes of the men increase as the shopper ascends the flights.

There is, however, a catch: you may choose any man from a particular floor, or you may choose to go up a floor, but you cannot go back down except to exit the building!”

She goes to the fourth floor and the sign reads: Floor 4 – These men have jobs, love kids, are drop-dead good looking and help with the housework.

Still, she goes to the fifth floor and sign reads: Floor 5 – These men have jobs, love kids, are drop-dead gorgeous, help with the housework, and have a strong romantic streak.

She is so tempted to stay, but she goes to the sixth floor and the Sign reads:
Floor 6 – You are visitor 31,456,012 to this floor. There are no men on this floor.
This floor exists solely as proof that women are impossible to please.
Thank you for shopping at the “Husband Store.”

The Wisdom of the NavajoÔÇ¿ÔÇ¿

A woman is driving toward home in Northern Arizona when she sees a Navajo woman hitchhiking. Because the trip had been long and quiet, she stops the car and the Navajo woman climbs in.

ÔÇ¿ÔÇ¿During their small talk, the Navajo woman glances surreptitiously at a brown bag on the front seat between them. “If you’re wondering what’s in the bag,” offers the woman, “it’s a bottle of wine. I got it for my husband.”ÔÇ¿ÔÇ¿

The Navajo woman is silent for a while, nods several times and says, “Good trade!”

An Amish woman was driving her buggy to town when a highway patrol officer stopped her. “I’m not going to cite you,” said the officer. “I just wanted to warn you that the reflector on the back of your buggy is broken, and it could be dangerous.”

“I thank thee,” replied the lady. “I shall have my husband repair it as soon as I return home.”

“Also,” said the officer, “I noticed one of your reins to your horse is wrapped around his testicles. Some people might consider this cruelty to animals, so you should have your husband check that too.”

“Again I thank thee. I shall have my husband check both when I get home.”

True to her word, when the Amish lady got home, she told her husband about the broken reflector, and he said he would put a new one on immediately. “Also,” said the woman, “The policeman said there was something wrong with the emergency brake.”

A husband and wife go to a counselor  after 15 years of marriage.

The counselor asks them what the problem is and the wife goes into a tirade listing every problem they have ever had in the 15 years they’ve been married. She goes on and on and on.

Finally, the counselor gets up, walks around the desk, embraces  the wife and kisses her passionately. The woman shuts up and sits quietly in a daze.

The counselor turns to the husband and says, “This is what your  wife needs at least three times a week. Can you do this?”

The husband thinks for a moment and  replies, “Well, I can drop her off here on Mondays and Wednesdays, but on Fridays, I fish.”

Lying in the hospital bed, a dying man began to flail about and make motions as if he would like to speak. The priest, keeping watch at the side of his bed, leaned quietly over and asked, “Do you have something you would like to say?”

The man nodded to the affirmative, and the priest handed him a pad and pen.
“I know you can’t speak, but use this to write a note and I will give it to your wife. She’s waiting just outside.”

Gathering his last bit of strength, the man took them and scrawled his message upon the pad which he stuffed into the priest’s hands. Then, moments later, the man died.

After administering the last rites, the priest left to break the sad news to the wife. After consoling her a bit, the priest handed her the note. “Here were his last words. Just before passing on, he wrote this message to you.”

The wife tearfully opened the note which read: “GET OFF MY OXYGEN HOSE!!”

Adam said he didn’t have anyone to talk to.

So, God said he was going to make Adam a companion and that it would be a woman. God said, “This person will gather food for you, and when you discover clothing she’ll wash it for you. She will always agree with every decision you make. She will bear your children and never ask you to get up in the middle of the night to take care of them. She will never nag you, and she will always be the first to admit she was wrong when you’ve had a disagreement. She will never have a headache and will freely give you love and passion whenever you need it.”

Adam asked God, “What will a woman like this cost?”

Then Adam asked, “What can I get for a rib?” And the rest is history.

“God may have created man before woman, but there is always a rough draft before the masterpiece.” — Unknown (probably a woman 😉

User Rating: Be the first one !
Share
Previous She’s In My Heart Forever
Next Fatherhood