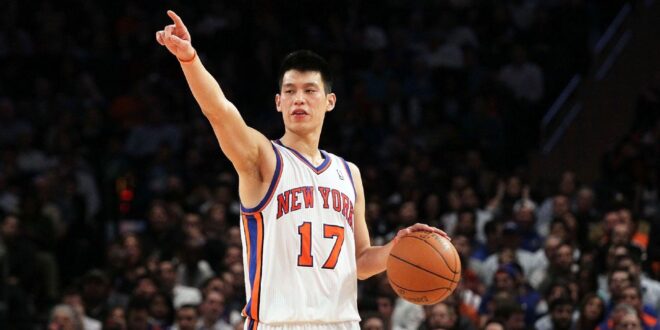 NY Knicks’ Jeremy Lin story, of Asian-American kid out of Harvard who brought life back to Garden is American classic. In the land of opportunity, Lin finally gets his chance and makes the most of it.

There are so many elements to what has happened already to Jeremy Lin, because the rest of the league missed him and the Knicks nearly did, because he comes from Harvard, because he is Asian-American, because basketball New York has fallen for him as suddenly and completely as it has.

But as much as this is a basketball story, a New York story, a story about an Asian-American kid who has come from the end of the bench to become this kind of sudden star, the best part of it is that it is an American story.

It is a story about immigrant parents and the country of possibilities they imagined, for themselves and their children, a story of hard work and perseverance and perhaps dreams most of all. American dreams.

“From the time we’re young enough to understand that this is a country of opportunity,” Lin’s college coach at Harvard, Tommy Amaker, was saying Sunday morning. “To me, that’s what right about this story, not just his heritage or his Ivy League background. This isn’t just about opportunity, it’s about putting in the work to be ready when opportunity does come your way.”

Amaker said, “Did he need some luck? Yeah, he needed some luck. But when he finally got some in the pros, he was ready. This kid didn’t just drop from the sky. He’s been grinding away his whole life. I get that he’s more interesting because he’s Asian-American, and he’s from Harvard. But when his moment arrived, he was ready for it because he’s passionate and committed and he worked. And isn’t that what our country’s supposed to be about?”

The father, Gie-Ming Lin, was born in Taiwan and even though there wasn’t much NBA basketball for him to watch, he fell in love with the sport. He did not come to the United States, with his own dreams about his Ph.D, to just watch pro basketball. He came to get a doctorate at Purdue University in computer engineering. But now he could watch as much basketball as he wanted. And when he had sons, part of his own American dream was about them becoming basketball players.

Now his middle son has become this kind of sensation of the Knicks and New York and the NBA season.

He is the kid who went undrafted in the NBA as great a player and playmaker as he was for Amaker at Harvard. He is the kid who had been cut by the Warriors and Houston Rockets before he ended up at the end of Mike D’Antoni’s bench.

And five games ago, more out of sheer desperation than anything else, with an 8-15 Knicks team going absolutely nowhere, D’Antoni gave Lin the ball. And the Knicks have not lost since. It is not Amar’e Stoudemire, one $100 million player, the fans want to see and it’s not Carmelo Anthony, the other rich, fancy player.

It is Jeremy Lin, who was ready for his moment and for his opportunity.

“He’s as positive a person as I’ve ever been around,” one of Amaker’s assistants, a young Scarsdale guy named Yanni Hufnagel, said Sunday. “But when we’d talk after he got out of school, I could see doubt starting to creep in. All the stuff you’d expect for somebody as talented as he is. Am I ever going to get an opportunity? Is it fair? Why can’t they see what I can do?”

Hufnagel laughed now and said, “Well now everybody can see. As far as I’m concerned, this really is a story that transcends basketball. This is the one about the kid who worked so hard on his ball-handling and his shooting, sometimes when it was just him and the machine we call ‘the gun’ feeding him balls, that he kept burning holes in the bottom of his sneakers. It just took the rest of the world longer to see what we used to see from J when there weren’t 1000 people in the gym.

He came out of Palo Alto, but Stanford didn’t want him. So Stanford missed Jeremy Lin, too. He sent out DVD’s of himself to Ivy League schools and Harvard wanted him and Amaker showed up his sophomore year, and this was a coach’s dream, too, walking into the gym and finding a player like Jeremy Lin waiting for him.”

“He’s a dynamic, special player,” Tommy Amaker said. “And there’s a center to him that I think has always been there. What’s happening to him and around him right now, believe me, he’ll handle it. This stuff won’t get him all twisted and turned. His faith is important to him, and his faith in himself. There’s an inner peace and calmness there. He knows who he is. I believe he’s always known.”

He lives his parents’ dreams, the dreams of all parents whether they are immigrants or not. The America they imagined, the one where you can’t be held back if you are tough enough and good enough, that has become Jeremy Lin’s America, too.

The first game of Jeremy Lin’s amazing 2012 run, often referred to as “LINsanity” – watch highlights from his first few games…

Previous Kemmons Wilson: America’s Innkeeper
Next Lesson of the Snake