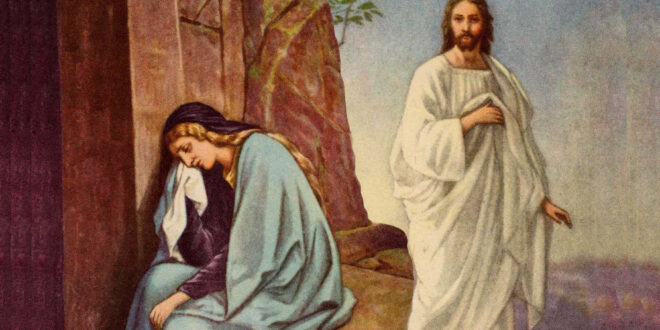 Easter Sunday Definition:
An annual church festival commemorating Christ’s resurrection, and occurring on Sunday, the second day after Good Friday. It corresponds to the pasha or passover of the Jews, and most nations still give it this name under the various forms of pascha, pasque, paque, or pask. “The day on which the festival is observed; Easter day.”

“To a Christian, Easter Sunday means everything, when we celebrate the resurrection of Jesus Christ.” — Bernhard Langer

“We live and die; Christ died and lived!” — John Stott

“Do not abandon yourselves to despair. We are the Easter people and hallelujah is our song.” — Pope John Paul II

“See the land, her Easter keeping, Rises as her Maker rose. Seeds, so long in darkness sleeping, Burst at last from winter snows. Earth with heaven above rejoices…” — Charles Kingsley

“Easter is the demonstration of God that life is essentially spiritual and timeless.” — Charles M. Crowe

“The great gift of Easter is hope – Christian hope which makes us have that confidence in God, in his ultimate triumph, and in his goodness and love, which nothing can shake.” — Basil C. Hume

“The resurrection gives my life meaning and direction and the opportunity to start over no matter what my circumstances.” — Robert Flatt

“God expects from men something more than at such times, and that it were much to be wished for the credit of their religion as well as the satisfaction of their conscience that their Easter devotions would in some measure come up to their Easter dress.” — Robert South

“It is the hour to rend thy chains, The blossom time of souls.” Katherine Lee Bates

“Easter is not a time for groping through dusty, musty tomes or tombs to disprove spontaneous generation or even to prove life eternal.  It is a day to fan the ashes of dead hope, a day to banish doubts and seek the slopes where the sun is rising, to revel in the faith which transports us out of ourselves and the dead past into the vast and inviting unknown.” — Author unknown

“I am very proud of this work because it is more about the meaning of the Easter Rising and its relationship to what this whole century has been about, people liberating themselves, freeing themselves.” — Leon Uris

“Most people outside of America won’t get it. It’s the Easter bunny. It’s another lie and I don’t understand why we had to invent this character.” — Todd Rundgren

“A strangely reflective, even melancholy day. Is that because, unlike our cousins in the northern hemisphere, Easter is not associated with the energy and vitality of spring but with the more subdued spirit of autumn.” — Hugh Mackay

“My mom used to say that Greek Easter was later because then you get stuff cheaper.” — Amy Sedaris

“Our Lord has written the promise of the resurrection, not in books alone, but in every leaf in spring-time.” — Martin Luther  ”I think of the garden after the rain; And hope to my heart comes singing, At morn the cherry-blooms will be white, And the Easter bells be ringing!” — Edna Dean Proctor, “Easter Bells”

“Christ appeared alive on several occasions after the cataclysmic events of that first Easter.” — Josh McDowell

“Passover and Easter are the only Jewish and Christian holidays that move in sync, like the ice skating pairs we saw during the winter Olympics.” — Marvin Olasky

“Easter tells us that life is to be interpreted not simply in terms of things but in terms of ideals.” — Charles M. Crowe

”Easter says you can put truth in a grave, but it won’t stay there.” — Clarence W. Hall

”The joyful news that He is risen does not change the contemporary world.  Still before us lie work, discipline, sacrifice.  But the fact of Easter gives us the spiritual power to do the work, accept the discipline, and make the sacrifice.” — Henry Knox Sherrill

“Let every man and woman count himself immortal.  Let him catch the revelation of Jesus in his resurrection. Let him say not merely, “Christ is risen,” but “I shall rise.” — Phillips Brooks

”On Easter Day the veil between time and eternity thins to gossamer.” — Douglas Horton

”The stars shall fade away, the sun himself
Grow dim with age, and Nature sink in years;
But thou shalt flourish in immortal youth,
Unhurt amid the war of elements,
The wreck of matter, and the crush of worlds.” — Joseph Addison

“For I remember it is Easter morn, And life and love and peace are all new born.” — Alice Freeman Palmer

“Celestial spirit that doth roll
The heart’s sepulchral stone away,
Be this our resurrection day,
The singing Easter of the soul –
O gentle Master of the Wise,
Teach us to say: “I will arise.” — Richard Le Gallienne

”The fasts are done; the Aves said;
The moon has filled her horn
And in the solemn night I watch
Before the Easter morn.
So pure, so still the starry heaven,
So hushed the brooding air,
I could hear the sweep of an angel’s wings
If one should earthward fare.” — Edna Dean Proctor, “Easter Morning”

“But from this earth, this grave, this dust,
My God shall raise me up, I trust.” — Walter Raleigh

“Those have a short Lent, who owe money to be paid at Easter.” — Benjamin Franklin

”‘Twas Easter-Sunday. The full-blossomed trees
Filled all the air with fragrance and with joy.” — Henry Wadsworth Longfellow

”Once more to new creation Awake,
and death gainsay,
For death is swallowed up of life,
And Christ is risen today!” — George Newell Lovejoy

“Let the resurrection joy lift us from loneliness and weakness and despair to strength and beauty and happiness.” — Floyd W. Tomkins

”The story of Easter is the story of God’s wonderful window of divine surprise.” — Carl Knudsen

”Angels, roll the rock away;
Death, yield up thy mighty prey:
See, He rises from the tomb,
Glowing with immortal bloom.” — Thomas Scott, “Easter Angels”

“Unfortunately there is nothing more inane than an Easter carol.  It is a religious perversion of the activity of Spring in our blood.” — Wallace Stevens, 1916

”Well pleaseth me the sweet time of Easter That maketh the leaf and the flower come out.” — Bertran de Born

”Easter tells us that life is to be interpreted not simply in terms of things but in terms of ideals.” — Charles M. Crowe

“God expects from men something more than at such times, and that it were much to be wished for the credit of their religion as well as the satisfaction of their conscience that their Easter devotions would in some measure come up to their Easter dress.” — Robert South, Sermons