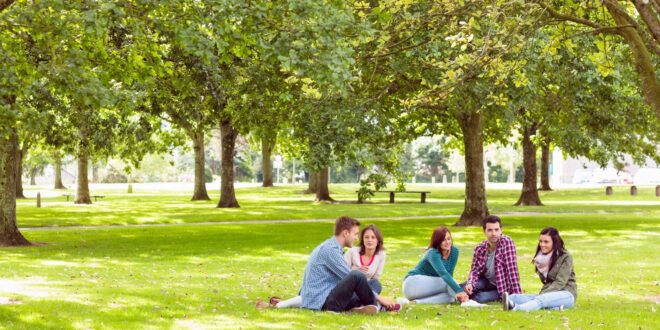 An 8 year old boy was riding his bicycle in Ojus, Florida, when he saw his friend being attacked by a large pit bulldog. The boy jumped off his bike, ran and jumped on the dog’s back. After prying the vicious animal’s teeth from his young friend’s body, he put the dog in a choke hold and held on until the dog was dead.

The local newspaper editor happened to witness this feat and after calling for the ambulance on his cell phone, ran over to the young hero and said, “Son, that was one of the bravest things I have ever seen. You’re going to make tomorrow’s headlines. It will read: ‘University of Miami fan is a Hero: Risks his life and Saves Young Friend from Vicious Pit Bull Attack.'”

The youngster said, “That’s nice, but I’m not a University of Miami Fan.”

The Young Man said, “But I’m not a University of Florida fan.”

The editor said, “OK, then it will read, “FSU Fan Saves Friend’s Life.”

Once again the young man interrupted saying, “I’m not a FSU Fan, either.”

The editor, becoming somewhat irritated, asked, “Then, who is you favorite team?”

The kid replied with a big smile, “The Georgia Bulldogs!!!”

The next morning, the local newspaper headlines read:

Two hunters, who were professors at Georgia Tech, hired a pilot , who was a University of Tennessee grad,  to fly them to Canada to hunt moose.  They bagged four.

As they started loading the plane for the return trip home, the pilot tells them the plane can take only two moose.

The two professors objected strongly, stating, “Last year we shot four moose, and the pilot let us put them all on board, and he had the same plane as yours.”

Reluctantly, the pilot gave in and all four were loaded.

Unfortunately, even at full power, the little plane couldn’t handle the load and crashed a few minutes after takeoff.

Climbing out of the wreck, one professor asked the other, “Any idea where we are?”

He replied, “I think we’re pretty close to where we crashed last year.”

How do you get a Rival University graduate off your front porch?
Pay him for the pizza.

Three Rival University students are riding together in a car. Who’s driving?
The state trooper.

Why does our football field have new artificial turf?
To keep the Rival University cheerleaders from grazing at halftime.

Why do graduates from Rival hang their diplomas in their windshields?
Because then they can park in handicapped spaces.

Did you know that they don’t have any ice in Rival’s cafeteria?
Apparently, the only kid who knew the recipe graduated.

What’s the state tree of Nebraska? The telephone pole.

The student from Our School says, “Nah. I think I’ll just wait for highway patrol to show up.”

Two students from Texas  and one from Texas Tech are all on death row awaiting execution by electric chair. The first Texas student is strapped to the chair and is asked, “Do you have anything you want to say before we throw the switch?”

The warden chuckles a bit to himself then nods to the man at the switch. The switch is thrown and… absolutely nothing happens. The warden is amazed. “Son, the Lord seems to have given you a second chance. Maybe you really ARE innocent. We’re gonna let you go free.”

The second Texas student is then strapped to the chair. The warden says, “All right, have you got anything to say?”

The student says, “Yes sir. I admit that I did kill that feller, but it was all in self defense. I never did it in cold blood.”

The warden chuckles and nods to the man at the switch, who throws it and… absolutely nothing happens. “Well, I’ll be damned,” says the warden, “you must be tellin’ the truth too! Let ’em go, boys!” And they unstrap him and set him free.

Finally, they bring the Texas Tech student to the chair and strap him in. The warden says, “Now, do YOU have anything to say?”

And the Tech student says, “Sure!  If you switched that red wire with that green wire over there, this thing would work!”

About Football has compiled a list of football jokes intended to zing the fans of rival teams. Simply insert your most hated [sic] rival into the content of each football joke where indicated! — By James Alder, About.com Guide and friend.

1. A Voice in the Darkness
The Seven Dwarfs were marching through the forest one day they fell in a deep, dark ravine. Snow White, who was following along, peered over the edge of the steep chasm and called out to the fallen dwarfs. From the depths of the dark hole a voice returned, “The (insert team) are Super Bowl contenders.”
Snow White thought to herself, “Thank God… at least Dopey’s survived!”

2. It’s a Wonder
Why do (insert team) players keep their Wonderlic results on their dash boards?
So they can park in the handicap spaces.

3. Kissin’ Cousins
What do you get when you put the girlfriends of a dozen (insert team) fans in one
room?
A full set of teeth!

4. Grounded
Why did the (insert team) players miss their flight for the big game?
They were stuck on a broken escalator!

5. Hit and Run
If you see a (insert team) fan on a bike, why should you not swerve to hit him?
It could be your bike

6. A Day at the Beach
What do you get if you see a (insert team) fan buried up to his neck in sand?
More sand!

7. No Way Out
You’re trapped in a room with an angry grizzly bear, a hungry Lion, and a fan of (insert team). You have a gun with two bullets. What should you do?
Shoot the (insert team) fan… twice.

8. On the Bright Side
What do you call a (insert team) fan with half a brain?
Gifted!

9. Playing Possum
Why are the (insert team) like a possum?
Because they play dead at home and get killed on the road.

10. Licking the Problem
What did the average (insert team) player get on his Wonderlic test?
Drool!

Previous Robert Brault
Next Court Is In Stitches 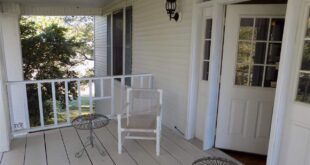