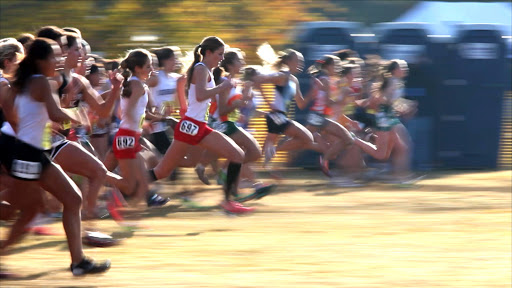 Holland Reynolds and the San Francisco University High School cross country team rallied together to get their coach Jim Tracy, who had been diagnosed with ALS, his eighth state championship

A victory at the race in December, 2, 2010, would guarantee 16-year-old Holland Reynolds’ track team a state championship. But just feet from the finish line, Reynolds collapses.

A race official, who runs immediately to her side, explains to her that if she wants to finish the race, she can perhaps crawl enough to get one foot over the line–but if she gets assistance from anyone, she would have to be disqualified.

Stunning the crowd, Reynolds pulls herself up and crawls toward the finish. In a dramatic, inspiring end, Reynolds crosses the finish line on hands and knees and crosses fast enough to secure the state championship for her team.

“I just wanted to cross the line,” Reynolds explained to ABC News. “It was just all about finishing..but definitely, deep down, it was definitely for [Coach] Jim and for my team.” Reynolds’ coach, Jim Tracy, suffers from Lou Gehrig’s Disease.

Watch this incredible video of Holland Reynolds, from San Francisco University High School, who finishes a race while about to pass out in major pain.