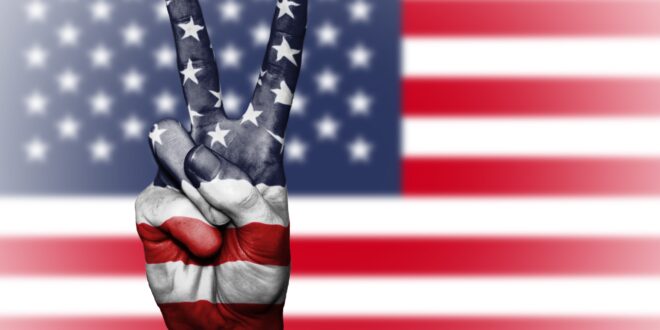 52 of the 55 signers of America’s Declaration of Independence were orthodox, deeply committed Christians. The other three all believed in the Bible as the divine truth, the God of Scripture, and His personal intervention.

Patrick Henry, who is called the firebrand of the American Revolution, is still remembered for his words, “Give me liberty or give me death.” But in current textbooks the context of these words is deleted. Here is what he actually said: “An appeal to arms and the God of hosts is all that is left us. But we shall not fight our battle alone. There is a just God that presides over the destinies of nations. The battle sir, is not to the strong alone. Is life so dear or peace so sweet as to be purchased at the price of chains and slavery? Forbid it almighty God. I know not what course others may take, but as for me, give me liberty, or give me death.”

These sentences have been erased from our textbooks. Was Patrick Henry a Christian? The following year, 1776, he wrote this “It cannot be emphasized too strongly or too often that this great Nation was founded not by religionists, but by Christians; not on religions, but on the Gospel of Jesus Christ. For that reason alone, people of other faiths have been afforded freedom of worship here.”

Consider these words that Thomas Jefferson wrote on the front of his well-worn Bible: “I am a real Christian, that is to say, a disciple of the doctrines of Jesus. I have little doubt that our whole country will soon be rallied to the unity of our Creator.” He was also the chairman of the American Bible Society, which he considered his highest and most important role.

Calvin Coolidge, our 30th President of the United States reaffirmed this truth when he wrote, “The foundations of our society and our government rest so much on the teachings of the Bible that it would be difficult to support them if faith in these teachings would cease to be practically universal in our country.”

William Holmes McGuffey is the author of the McGuffey Reader, which was used for over 100 years in our public schools with over 125 million copies sold until it was stopped in 1963. President Lincoln called him the “Schoolmaster of the Nation.”

Listen to these words of Mr. McGuffey: “The Christian religion is the religion of our country. From it are derived our notions on the character of God, on the great moral Governor of the universe. On its doctrines are founded the peculiarities of our free institutions. From no source has the author drawn more conspicuously than from the sacred Scriptures. From all these extracts from the Bible I make no apology.”

Of the first 108 universities founded in America, 106 were distinctly Christian, including the first, Harvard University, chartered in 1636. In the original Harvard Student Handbook, rule number 1 was that students seeking entrance must know Latin and Greek so that they could study the Scriptures: “Let every student be plainly instructed and earnestly pressed to consider well, the main end of his life and studies is, to know God and Jesus Christ, which is eternal life, John 17:3; and therefore to lay Jesus Christ as the only foundation for our children to follow the moral principles of the Ten Commandments. James Madison, the primary author of the Constitution of the United States, said this: ‘”We have staked the whole future of our new nation not upon the power of government; far from it. We have staked the future of all our political constitutions upon the capacity of each of ourselves to govern ourselves according to the moral principles of the Ten Commandments.”

Today, we are asking God to bless America. But, how can He bless a Nation that has departed so far from Him? Prior to September 11, 2001, He was not welcome in America. Most of what you read in this article has been erased from our textbooks. Revisionists have rewritten history to remove the truth about our country’s Christian roots. If you wish to make a statement, send this to everyone you can. They should know, too.

Previous Under the Shelter of His Wings
Next Ode To America