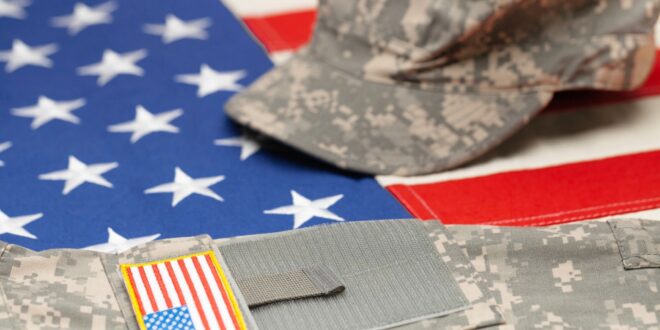 By Jaye Lewis
She was not the most popular girl in high school. She was in advanced studies, in a school system that idolized their honors program. My daughters thought the world of her, and with good reason. Aimee was a patriot. No apologies nor excuses. She was an officer in her high school JROTC program. She was disciplined. Courageous. And she loved her country.

You could always pick Aimee out in a field filled with young, military hopefuls marching in formation. She was sharp. She was proud. And, in spite of her petite form, she always looked tall. But Aimee did not have it easy. She was the butt of jokes and ridicule. Aimee worked her heart out in her classes, and she was about to graduate with a better than 5.0 average, which she had maintained for four straight years.

In a school system where the grade point average of the “honors” classes went up to 6.0, Aimee didn’t stand a chance for Valedictorian. Some unseen experts decided that Aimee would not become Valedictorian, because it would be unfair to the honors students. Although she had never made less than an “A” in her entire high school career, some “A-B” student in the honors program outranked Aimee.

The high school Principal fought his way up through the School Board on Aimee’s behalf, to give her the honor she deserved. It was an outrage that such excellence would be ignored. It didn’t make the papers, but on graduation day, Aimee received her victory, and she became Co-Valedictorian of her high school class, although many of us thought she had earned the honor to stand alone. Aimee did not sit with the other graduates. She stood, proudly, with her JROTC unit, as the assembly turned towards them to salute the flag. Aimee did not hold the flag, because she was graduating, but she was there, as always, proud to serve.

Graduation was held in the football field. It was sunny and windy, and it was wet, as it had rained torrents the night before. Suddenly, the wind kicked up, and the beautiful colors of the red, white, and blue tottered in the air, as the flag holder lost his footing, and the flag careened toward the ground. Without hesitation, breaking formation, Aimee launched herself through the air, catching the flag and landing in the mud, on her face.

Many in the crowd roared their laughter, but not all of us. Some of us were in tears, as Aimee, carefully steadied her country’s flag, and came back into formation, her JROTC uniform covered in mud. But not the flag. It never touched the ground. Aimee had saved the flag.

Aimee graduated with honors, and she went on to college with an ROTC Scholarship, and on into a military career. My daughters still speak of her as a hero, which she was, and in our hearts still is. Aimee’s story is what legends are made of. I have no doubt that Aimee is somewhere on the front lines, today, still defending the American flag.

© Jaye Lewis – jlewis@smyth.net (Write Jaye and let her know your thoughts on her story) Jaye Lewis is a Christian writer who lives and writes in the beautiful southern highlands of southwestern Virgina. Jaye is a U.S. Navy veteran, the wife of a retired Navy veteran, and the daughter of a World War II veteran. Jaye says, “this is a true story about one of the bravest young women I have ever known.”

Previous Ode To America
Next A Texas Angel