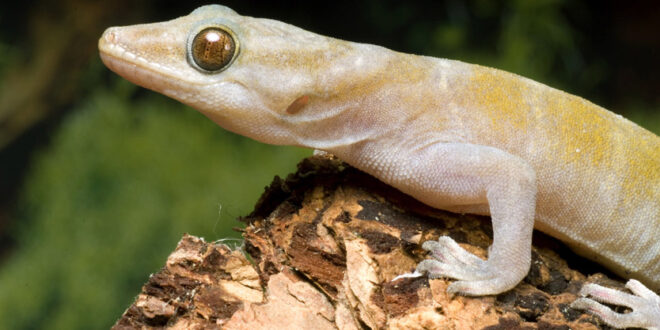 The worst day of my life was the day I lost my best friend. I had just came back from a camping trip with my grandparents. Listo, a golden gecko and my friend for more than two years, had to stay behind with my mom.

The second I got home I ran up stairs and to my room. There he was, just as he had always been. I lifted him carefully out of his cage and up to my face for inspection.

“Listo. Did you miss me? I know I missed you.” I softly spoke. Listo cocked his head and gazed up at me, as if he knew what I was saying.

Listo was more than just a lizard to me. He always rode around on my shoulder as I went about my daily routine. If he wanted attention that he wasn’t getting he would jump on my face. We went everywhere together, even the pet store to get crickets for him! Mark, the man who worked at the pet store we always went to, was constantly amazed at how calmly Listo sat with me. Listo was more than ordinary.

I gave him a ride down the stairs and sat him at the computer desk. Just as I had always done. As I typed away he crawled onto the keyboard and looked up at me. I grinned down at him and shook my head.

“Always have to get in the way, don’t you? Are you going to let me get something done or not?” Listo continued to look up at me, grinning that permanent smile of his. I gently stroked him and moved him off the keyboard. Mischief, my kitten and sworn enemy of Listo, jumped onto my chair and curled up to sleep.

“Samantha! Go get your shoes on and take out the trash!” My mom yelled from the kitchen. I sighed. Good to be back home. I got up and ran to get my shoes. Listo was left by himself, but I trusted him to stay put. He always did. Mischief and Listo didn’t like each other, but since he was sleeping and my mom was right across from them, I figured he was safe.

The approximate time of how long I was gone was less than two minutes. What could happen in that short amount of time? I ran back down the stairs and stared at the computer desk.

“What do you mean?” She asked.

“He was right here on the computer desk. Now he isn’t.” Panic was beginning to set in. He was little and defenseless. With Mischief around Listo had no chance.

“Okay, lets just look every where. I’m sure he couldn’t have gotten too far.” My mom tried to reassure me. So we began to look under the curio cabinet, in the couch, in Mischief’s mouth. We tore the house apart looking for him. Night had settled in and Listo was still missing. I was in shock. Tears poured down my face. How could this happen? It wasn’t fair.

“Don’t cry, please. You took good care of him. He’ll be all right on his own for a few days. We just have to keep looking. He couldn’t have just disappeared!” My mom hugged me. I dried my tears and continued to look. I started to search upstairs. I was desperate. Finally I plopped down on the ground. We had searched all morning and night. In two minutes my little gecko had vanished off the face of the earth!

My mom got the idea to bring his cage down and put it next to the computer desk. She said the sound of the crickets might draw him to his cage. I lay to sleep that night, but got none. All I could think about was where Listo could be and what would happen to him. Silently I cried for my best friend. I prayed for him to be okay. I prayed for him to come back.

Morning came, but it didn’t bring Listo. My mom went to work and I searched. By mid-day I had worn myself out and every possible place he could be. My mom called to check on me before she came home for work. Disappointment rang in her voice and tears choked up mine.

Days went by and optimism dwindled. By the end of the week I had stopped looking except the hopeful glance under something occasionally. I just stopped caring about life. Food no longer appealed to me and talk just wasn’t worth the effort. I couldn’t sleep from worry and sadness. The times when I did sleep I dreamed of finding Listo. Some nights I dreamed of him dead or hurt. I hated night because it gave me time to think of what happened.

Weeks went by. I was better, but I still wasn’t okay. At least five times a day I would go to his cage to take him out, only to realize he was no longer there. At last, I completely gave up. Hoping it would make things easier, I threw away everything in his cage and stashed his cage deep in my closet. It helped, a little.

An entire month passed. I no longer thought of my little Listo. Only when someone brought him up. Then the miracle I had been waiting for happened.

My mom, my sister, and I pulled up into the driveway from a shopping trip. Justin, my mom’s boyfriend walked out to greet us at the car. A little clear container was held in his hand. I couldn’t see what was in it. He arrived at my car door as I was getting out.

The second I saw Listo I burst into tears. I just couldn’t believe it. A month! There he was, but not like he had always been. He was battered and bruised, skinny and frail. He was so weak he could hardly lift his head. Justin handed him over to me.

“I was watching T.V. when I saw your cat playing with something. I looked over at him and there was Listo, sitting right beside me. I tried to give him some water, but he wouldn’t drink.” Justin said to me. I looked at Listo and Listo started to drink. I just couldn’t stop crying. All I could think of was that he was going to die.

We carried him inside and I brought him to my room. I held him quietly in my hand and the tears wouldn’t stop falling. I gently stroked him and said soothing words to him. What was I going to do? How do you nurse a lizard back to health, after a month of being missing! I went back downstairs to ask my mom what we were going to do. She was on the phone with Mark, the pet store guy! She hung up and told me to calm down.

“Mark said to buy pedialyte and feed him with a dropper every half hour for 24 hours. Spray him every so often to keep him hydrated. He only has a fifty percent chance of surviving. I’m going to go get some pedialyte, and you just keep him company.” She raced off to the store while I comforted my poor, little Listo.

All night long I stayed up with him. I fed him and sprayed him, and told him how much I loved him. My eyes began to droop at early morning, but I didn’t fall asleep. It meant too much to sleep. By morning he was beginning to do better. He would bite the dropper, he had shed his dead skin, and seemed very alert. I knew he was going to be okay. When morning came I was exhausted, but happy. We went and bought all of his things again.

After 24 hours my mom called Mark again. He told her to buy small crickets and try to feed him with a tweezers. I was quite unhappy. My biggest fear was crickets! Ironic due to the fact that I bought a lizard! I knew that Listo needed me, so I got over it and tried to feed him. He refused to eat it. I tried and I tried, but I was fighting a losing battle. I decided to stick a few crickets into his cage and hope he had the strength to catch them. I slept that night better than any other night.

That morning I took him out of his cage and he went to the bathroom. He had eaten. Listo was going to make it!

Listo is still trying to recover, but we are taking it one step at a time. Everyday I am thankful for everyone’s help. Listo wouldn’t have made it without Mark, Justin, and my mom. Listo acts like he was never gone and still likes to ride around on my shoulder. Since he came back I don’t leave him alone at all. There may be no evidence, but I believe he ran off because of Mischief. I also still have no idea where he was hiding and never will know.

Copyright, 2007, Samantha Mankin – used with permission
—————–
Samantha Mankin lives in Columbus, Ohio. She is 16 years old and will be entering 11th grade this year (Fall, ’07). She doesn’t attend a regular school, but does computer schooling, mostly getting A’s and sometimes B’s. She writes poetry and loves to do anything physical, like hiking and working out with weights (about 6 days a week) because she wants to be fit for her desired career of shoeing horses. Thank you, Samantha, for providing this uplifting, inspiring story.

If you enjoyed this story, please share it with your Friends. Thanks!