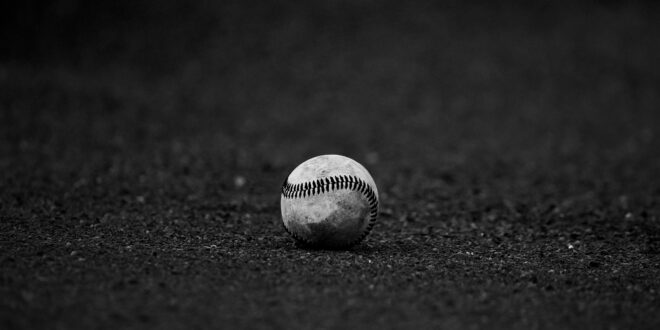 The nation waited for this moment for 38 years. And for the six months after the 1973 baseball season. And for the first four days of 1974’s.

Fans looked forward to Henry Aaron’s 715th career homerun with hope in their hearts — or venom in their veins.

To a segment of society, it wasn’t Aaron chasing the home run record of Babe Ruth. It was … well, a black man. Aaron was a racist’s nightmare, excelling in a sport that for decades had been as white as the ball. And excelling in Atlanta, the heart of Dixie.

But he was playing in Milwaukee, not New York. And Aaron was low key and businesslike, without the panache of the Giants’ Willie Mays. Publicity — if Aaron even wanted it — eluded him.

He received a steady stream of letters of encouragement that season, but what had been a trickle of hate mail and death threats throughout most of his career grew to a torrent.

Those letters were an inspiration to keep going, he said, but they scared him out of his wits. Aaron and his family were under constant police protection during the off-season.

“I can’t go into hibernation now,” he said at the end of the ’73 season. “I can’t hide. I’ve said that all I have to do to break Babe Ruth’s record is to stay alive, but I’ve got to live my life.”

The Braves’ 1974 season began in Cincinnati, and not without controversy. On Thursday, Opening Day, Aaron tied Ruth’s record, hitting No. 714 off Jack Billingham with commissioner Bowie Kuhn in attendance.

The second of the three-game series was Saturday. Aaron said he would play it as he would any other game. “If I get a pitch to hit,” he said, “I’ll try to dispose of it.” But he also said he thought he owed “fans in Atlanta a shot at 715.” The Braves were two days from their home opener.

On Saturday, manager Eddie Mathews benched Aaron. He used three other pinch-hitters in the game. “I’m trying to get him to hit his 715th home run in Atlanta,” Mathews said. “It’s our hometown.”

That did not sit well with Kuhn. He ordered the Braves to play Aaron on Sunday or face “serious penalties.”

Braves owner Bill Bartholomay said Kuhn should not have gotten involved and called the commissioner’s dictum “an intrusion on our manager. But once he’s ordered it, nothing can be done.”

On Sunday, Aaron played. He struck out twice, grounded out once, then left the game in the seventh inning.

He would have an opportunity to hit No. 715 at home.

At 9:07 p.m., in front of 53,775 and a national television audience, in his second at-bat but on his first swing of the evening, Aaron shattered the record that had stood for 39 years.

Los Angeles Dodgers pitcher Al Downing walked Aaron on five pitches (one called strike) when he led off the second inning. The fans booed vociferously. In a record-breaking moment that went unnoticed, Aaron scored later in the inning, the 2,063rd run of his career, putting him one ahead of Mays for the National League lead and behind Ty Cobb and Ruth overall..

In the fourth inning, with nobody out and Darrell Evans on first, Aaron came up again. It was raining. Downing, wearing No. 44 as Aaron did, threw a ball low and inside. His second pitch never got to catcher Joe Ferguson.

“It was a fastball down the middle of the upper part of the plate,” Downing said after the game. “I was trying to get it down to him, but I didn’t, and he hit it good — as he would.”

The ball flew toward left-centerfield. It cleared the fence 385 feet from home, just beyond the reach of Bill Buckner. It fell short of the stands where fans wearing gloves and wielding long-handled butterfly nets were hoping to catch it and cash in on bidding that before the game reached $25,000. The ball was caught instead by Dodgers relief pitcher Tom House.

Aaron loped around the bases. The roar was deafening. Second baseman Davey Lopes and shortstop Bill Russell shook Aaron’s hand. Two youngsters leaped from the stands and became a momentary escort as Aaron approached third base, one of them patting him on the back.

In her Riverside Drive apartment in New York, Claire Ruth, weary from a long day of shopping, was unaware of what was happening. Within minutes, the phone calls began.

“The Babe loved baseball so very much,” his widow told one caller. “I know he was pulling for Hank Aaron to break his record.”

The game was delayed 11 minutes while Aaron accepted the cheers from the fans, a pounding from his teammates, a hug from his parents, a plaque from Bartholomay and a diamond watch from Monte Irvin of the commissioner’s office. Kuhn was not present. He was in Cleveland, attending a dinner engagement.

During the bottom of the sixth inning, Aaron received a congratulatory phone call in the clubhouse from President Nixon. By then, the stadium was three-quarters empty. The fans had gotten what they had come to see.

“I have never gone out on a ballfield and given less than my level best,” Aaron said after the game. “When I hit it tonight, all I thought about was that I wanted to touch all the bases.”

And later: “I’m thankful to God it’s all over.”

Previous Do you believe in miracles?
Next Secretariat proves he’s a unique breed