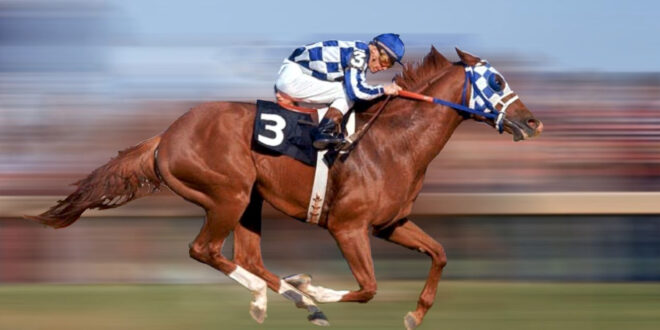 Realistically speaking, the 1973 Belmont Stakes wasn’t a horse race — unless you count the four thoroughbreds racing for second place. This third jewel of the Triple Crown was the coronation of Secretariat as the greatest race horse of all time.

For the first 6 furlongs of the Belmont Stakes, Sham and Secretariat set a blistering pace. Then Sham faded rapidly.

For the rest of the 11/2 miles, Secretariat had the track to himself. He thundered down the homestretch, increasing his lead with every stride, and beat Twice A Prince by 31 lengths.

The burned-out Sham finished last, 45 lengths back, and never raced again. “Sham might have been a very good horse,” Ron Turcotte, Secretariat’s jockey, said almost apologetically. “We’ll never know because he came along in the wrong year.”

Secretariat was the Muhammad Ali, the Babe Ruth of thoroughbred racing. Ennui was overtaking the Sport of Kings. This son of Bold Ruler dispelled it.

“Being the first Triple Crown winner in a long time was a big part of Secretariat’s fame,” said Penny Tweedy, owner of Meadow Stable. “But there was also a political context that became a factor. Here you had this pure, clean horse, the All-American horse, coming along (during) Nixon and Watergate. The country was looking for something to feel good about, and they embraced Secretariat.”

He made the cover of Newsweek, Time and Sports Illustrated, a magnificent red chestnut colt — his nickname was Big Red — with a sturdy barrel chest, perfect legs and a white star on his forehead. And he was perhaps the most valuable consolation prize ever won.

Bold Ruler was matched with Somethingroyal, part of an agreement made years earlier by Claiborne Farm’s Ogden Phipps and Meadow Stable patriarch Christopher Chenery. Meadow Stable would send two broodmares every year to Claiborne Farm, to be bred to Phipps’ Bold Ruler. Each stable would get one foal apiece. Every other year a coin flip would determine who got the first choice that year; the loser got the first choice the next year.

In 1969, Tweedy sent Somethingroyal and Hasty Matelda to be bred to Bold Ruler. Phipps won the flip and chose a filly named The Bride. She finished out of the money in six career starts.

The next year, Meadow Stable got her full brother, Secretariat.

Before his 3-year-old season, Tweedy syndicated him for a then-record $6.08-million to raise money to pay the taxes on her father’s estate.

When Secretariat finished third in the 1973 Wood Memorial behind Angle Light and Sham two weeks before the Derby, many among the 32 members of the syndicate wanted to retire him to stud. They were concerned that, as a son of Bold Ruler, he wouldn’t be able to handle the 11/4-mile Derby distance.

Still, Secretariat went off as the 3-2 favorite.

In the 1 3/16th-mile Preakness, Secretariat was last out of the gate. But by the time he hit the backstretch he was in the lead. He coasted home.

And then came the Belmont.

Secretariat’s time of 2:24 knocked 2 3/5 seconds — the equivalent of about 13 lengths — off Gallant Man’s track record set 16 years before.

“Secretariat was a running machine,” veteran trainer Harvey Vanier said. “All you had to do was head him the right way, and he’d take care of the rest.”

Secretariat retired to stud at Claiborne Farm after the 1973 season. On Oct. 4, 1989, suffering from laminitis, an incurable hoof disease, Secretariat was led into a van. A concentrated barbiturate was injected into his jugular. Within a minute he was dead.

Dr. Thomas Swerczek, a professor of veterinary science at the University of Kentucky, performed the autopsy.

All of Secretariat’s vital organs were normal in size except for the heart. The typical horse’s heart weighs 81/2 pounds. Secretariat’s weighed 22 pounds.

“This was a heart completely out of anybody’s league,” Swerczek said. “Looking back to what he had done, it was easy to put a connection to it. … The heart was perfect. There were no problems with it. It was just this huge engine.”

© St. Petersburg Times, published December 19, 1999
— Information from the Sporting News, Sports Illustrated and Pure Heart by William Nack was used in this report.