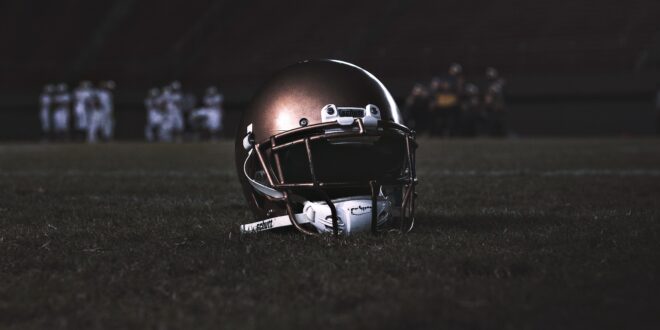 To much of America, and certainly to the NFL, the American Football League was somewhere between a minor league and a joke.

Until quarterback Joe Namath made good on a preposterous guarantee — that his New York Jets would beat the seemingly unbeatable Baltimore Colts. They did, 16-7.

This AFL was the fourth league to challenge the NFL. The first three died within a year or two of their birth. But this one, which began playing in 1960, had network television money behind it.

The AFL’s Jets and NFL’s St. Louis Cardinals drafted Namath. The day after the 1965 Orange Bowl, Namath signed a $427,000 Jets contract. The contract was so beyond any previous one in either league that many newspapers thought the Associated Press inadvertently added an extra zero in its story.

In June 1966 the leagues agreed to merge in 1970 and play an annual AFL-NFL championship game starting after the 1966 season.

That game, and the next, were won handily by the NFL’s Green Bay Packers, against Kansas City 35-10 and Oakland 33-14. The AFL still was looking for respect when the Colts and Jets met in Miami.

The Jan. 12, 1969, game wasn’t called the Super Bowl yet. That would come a year later. This game, tickets for it said, was the Third World Championship Game. Tickets cost was$12.

Jets coach Weeb Ewbank, studying films of the Colts, told his assistants: “If we can’t pass on these guys, we ought to get out of the business. … We can beat these guys. We’re going to win this game.”

The coaches kept that thought to themselves. Namath was another matter.

Three days before the game, as Namath accepted an award at the Miami Touchdown Club, a heckler shouted: “Hey, Namath. We’re gonna kick your butt.’

Namath had been reading and hearing all week about how great the Colts were, how the Jets didn’t belong on the same field. He’d had it. “Wait a minute, pal,” he said. “I’ve got news for you. We’re going to win this game. I guarantee it.”

Newspapers bannered the boast, and the game quickly took on far greater importance. It would validate the AFL or bury its reputation deeper.

The first time the Colts got the ball, Lou Michaels missed a 27-yard field-goal attempt. Two plays into the second quarter, with Baltimore on the Jets 6-yard line, an Earl Morrall pass bounced off Tom Mitchell’s shoulder pad, and Randy Beverly intercepted it in the end zone. With Namath hitting 4 of 5 passes and Matt Snell rushing six times for 35 yards, including the final four over left tackle, the Jets drove 80 yards and took a 7-0 lead.

With about two minutes remaining in the quarter and Baltimore on the New York 15, Johnny Sample intercepted Morrall. And in what would become symbolic of the Colts’ afternoon, on the last play of the first half, Morrall didn’t see Jimmy Orr standing unguarded and frantically waving his arms in the end zone. Morrall threw to Jerry Hill instead — and Jim Hudson intercepted.

With their first two possessions of the second half, the Jets extended their lead to 13-0 on two Jim Turner field goals. A third one made it 16-0 early in the fourth quarter. By then, sore-armed Johnny Unitas was quarterbacking the Colts. They scored on Hill’s 1-yard run with 3:15 to play. Too little, too late.

Snell carried 30 times for 121 yards. Namath, MVP of the game, completed 17 of 28 passes for 206 yards. With his head bowed and his index finger pointing toward the darkening sky as he left the field, Namath signaled that the Jets were No. 1.

“It was like the whole league grew up,” Namath said years later. “I guess it depends on who you are and what you’re playing for. For a player on our team, the most significant thing was winning the championship. For a lot of people involved in the league, it was getting on a level with the competition — the NFL — and then getting equal or above.”

— Information from The Super Bowl: Celebrating a Quarter-Century of America’s Greatest Game (Simon and Schuster) was used in this report.