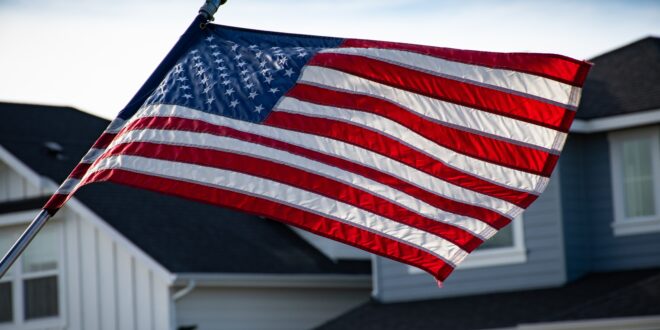 This is a TRUE Editorial — published in a Romanian newspaper by the name “Evenimentul Zilei” — News of the Day.  Managing Director Cornel Nistorescu published the piece on September 24, 2001… calling it “Ode To America.”

Why are Americans so united? They don’t resemble one another even if you paint them! They speak all the languages of the world and form an astonishing mixture of civilizations. Some of them are nearly extinct, others are incompatible with one another, and in matters of religious beliefs, and not even God can count how many they are.

Still, the American tragedy turned three hundred million people into a hand put on the heart. Nobody rushed to accuse the White House, the army, and the secret services that they are only a bunch of losers. Nobody rushed to empty his or her bank accounts. Nobody rushed on the streets nearby to gape about. The Americans volunteered to donate blood and to give a helping hand. After the first moments of panic, they raised the flag on the smoking ruins, putting on T-shirts, caps and ties in the colors of the national flag. They placed flags on buildings and cars as if in every place and on every car a minister or the president was passing. On every occasion they started singing their traditional song: “God Bless America!”

Silent as a rock, I watched the charity concert broadcast on Saturday once, twice, three times, on different TV channels. There were Clint Eastwood, Willie Nelson, Robert de Niro, Julia Roberts, Cassius Clay, Jack Nicholson, Bruce Springsteen, Sylvester Stalone, James Wood, and many others whom no film or producers could ever bring together. The American’s solidarity spirit turned them into a choir. Actually, choir is not the word. What you could hear was the heavy artillery of the American soul. What neither George W. Bush, nor Bill Clinton, nor Colin Powell could say without facing the risk of stumbling over words and sounds, was being heard in a great and unmistakable way in this charity concert.

I don’t know how it happened that all this obsessive singing of America didn’t sound croaky, nationalist, or ostentatious! It made you green with envy because you weren’t able to sing for your country without running the risk of being considered chauvinist, ridiculous, or suspected of who-knows-what mean interests.

I watched the live broadcast and the rerun of its rerun for hours listening to the story of the guy who went down one hundred floors with a woman in a wheelchair without knowing who she was, or of the Californian hockey player, who fought with the terrorists and prevented the plane from hitting a target that would have killed other hundreds or thousands of people. How on earth were they able to bow before a fellow human?

Imperceptibly, with every word and musical note, the memory of some turned into a modern myth of tragic heroes. And with every phone call, millions and millions of dollars were put in a collection aimed at rewarding not a man or a family, but a spirit, which nothing can buy.

What on earth can unite the Americans in such a way? Their land? Their galloping history? Their economic power? Money? I tried for hours to find an answer, humming songs and murmuring phrases, which risk of sounding like commonplaces. I thought things over, but I reached only one conclusion.

Only freedom can work such miracles!