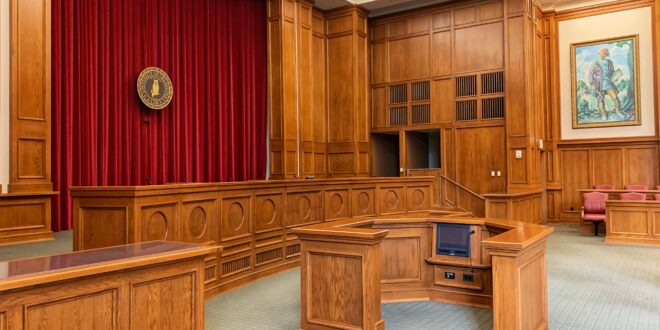 Court Is In Stitches

An atheist created a case in court against the upcoming Easter and Passover holy days. He hired an attorney to bring a discrimination case against Christians, Jews and observances of their holy days. The argument was that it was unfair that atheists had no such recognized days.

The case was brought before a judge. After listening to the passionate presentation by the lawyer, the judge banged his gavel declaring, “Case dismissed!”

The lawyer immediately stood objecting to the ruling saying, “Your honor, how can you possibly dismiss this case? The Christians have Christmas, Easter and others. The Jews have Passover, Yom Kippur and Hanukkah, yet my client and all other atheists have no such holiday.”

The judge leaned forward in his chair saying, “But you do. Your client, counsel, is woefully ignorant. The calendar says April 1st is April Fools Day. Psalm 14:1 states, ‘The fool says in his heart, there is no God.’ Thus, it is the opinion of this court, that if your client says there is no God, then he is a fool. Therefore, April 1st is his day. Court is adjourned.”

When Grandma Goes To Court… Look Out!
Lawyers should never ask a Grandma a question if they aren’t prepared for the answer.

In a trial in Mississippi, a Southern small-town prosecuting attorney called his first witness to the stand… a grandmotherly, elderly woman. He approached her and asked, “Mrs. Jones, do you know me?”

She responded, “Why, yes, I do know you, Mr. Williams. I’ve known you since you were a boy, and frankly you’ve been a big disappointment to me. You lie, you cheat on your wife, and you manipulate people and talk about them behind their backs. You think you’re a big shot, when you haven’t got the brains to realize you’ll never amount to anything more than a two-bit paper pusher. Yes, I know you.”

The lawyer was stunned. Not knowing what else to do, he pointed across the room and asked, “Mrs. Jones, do you know the defense attorney?”

She again replied, “Why yes, I do. I’ve known Mr. Bradley since he was a youngster, too. He’s lazy, bigoted, and he has a drinking problem. He can’t build a normal relationship with anyone, and his law practice is one of the worst in the entire state… not to mention, he cheated on his wife with three different women. One of them was your wife. Yes, I know him.”

The defense attorney nearly died on the spot.

The judge asked both counselors to approached the bench and, in a very quiet voice, said… “If either of you idiots asks her if she knows me, I’ll send you both to the electric chair.”