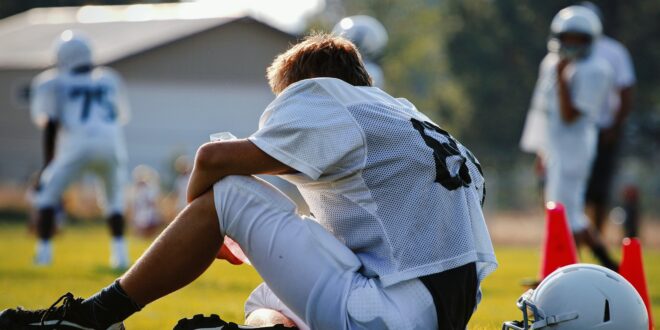 My 1964 Mercury Comet was moving right along doing 60 on the Schuylkill Expressway, heading toward Haddonfield, New Jersey, from Manayunk, Pa. It was a clear, bright sunny day in May of 1967, with very low humidity and cloudless sky. I was on my way to an interview for the position of head football coach, and physical ed teacher at a newly constructed high school named Paul VI. I was to be interviewed by the principal Father Joseph Von Hartlebin who had been just recently appointed to the job about three months earlier.

Actually, three months prior to this ride, I was the assistant football coach and physical education teacher at the same high school with a friend and appointed head coach, Gene O’Pella, who was a highly successful coach at Cardinal Daugherty High School in Philadelphia. However, Gene resigned after he had a disagreement with Father Von about Gene not being able to teach in the school. Bottom line, my assistant job and teaching job were out the window because the only physical education job available at the time was held open for the newly selected head football coach. So I asked Father Von via a phone call to consider me for the job. His response during the phone call was, “Jack, I am looking for a Vince Lombardi, Knute Rockne, or a Lou Holtz to coach.” He said we need someone to attract the students to attend the school, someone with a lot of coaching experience. My reply was, “Fine, but if you’re in a pinch, I would not mind being considered for the job.” Father’s reply was a thanks, but no thanks.

Now I am on my way for an interview for the job that was being held open for Lombardi, Rockne or Holtz. I found out later that no one with experience wanted the job because the established coaches did not want to go through the growing pains of starting a new program and could not financially afford to teach in the school. Father Von will interview a teacher without any teaching experience and with one year of experience as an assistant football coach for the job he admitted was made for someone else.

The office of the principal was in the back room of a barbershop, around the corner from the incomplete school. The meet-and-greet was overwhelming for me. Father Von shook my hand and said immediately, “Jack, how would you like to be the head football coach?” My knees buckled, and I was speechless for a moment. Then, I just about yelled out, “YES, of course!” He then invited me to sit down, which I welcomed. He began talking, but I did not hear a word he was saying. I was still in shock! Finally, I caught up with his conversation and joined in. After much conversation, including salary and teaching duties, we shook hands again to seal the deal. I may note he did not ask one question about coaching. He neglected to inquire if I had ever played football or if I knew what a football looked like. Nothing about offense or defense. However, in hindsight, after many years of coaching, I am glad he didn’t.

After an hour or more of chit-chat, at the conclusion of our meeting, Father Von said, “You know, Jack, the players are going to hang on every word you say.” My reaction to his statement again was shock. Hang on to every word I say? What words? I was not ready for that! I felt I didn’t have the words to say. Oh, I thought I knew the ins and outs of teaching the game of football, but they were not words the players would remember.

So Father Von and I parted, and I began to make my way back across the Ben Franklin Bridge to my home in Manayunk, Pa. But on the way, thinking about the players hanging onto every word I said continued to bother me. What was I going to say? It bothered me to the point of wondering if I hadn’t bitten off more than I could chew by taking the job.

With this concern still on my mind, and about halfway across the Ben Franklin Bridge, the DJ on the car radio began talking about his next musical selection. He announced it was the hit tune from the No. 1 show on Broadway “The Man From La Mancha.” It was “The Impossible Dream” by Johnny Mathis. I had never heard of the musical “The Man of La Mancha,” and I was going to hear the hit tune from the play for the first time.

The music started and the lyrics grabbed my attention immediately. I turned up the volume and focused on the powerful lyrics. Immediately in my head I screamed I have something to say. The song ended, and I could not wait to get to a recording store to purchase the Johnny Mathis album featuring the song. After purchasing the album, I played it over and over to familiarize myself with the lyrics and concluded that these lyrics were words the players could–and should–make use of for the rest of their lives.

That fall the football staff and I began the job at Paul VI, and we played “The Impossible Dream” every day for the football team! At one point, we gathered the young group of players in the locker room and posted the top 10 rankings of the football teams in our area and proclaimed, “This is the top 10 list in football. Someday we will be No. 1. I do not know when or how we will accomplish this. But we will do this! You fellows have a decision to make today. Will you be the team to achieve the No. 1 ranking, or will you be the team that returns after you have graduated to congratulate some other team that accomplishes the dream?”

All to their credit, four years later, the mature, very talented group of young men did become the No. 1 team in our area! They were undefeated and enjoyed many team and individual awards. Many of the players went on to enjoy good college seasons, and, in addition, they achieved greatly in their careers. More important, the team–some 60 years later–continues to recall the lyrics and music to “The Impossible Dream.”