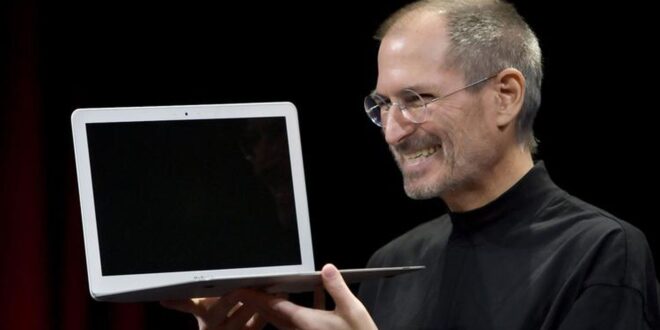 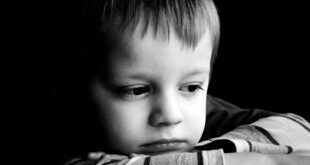 “I think we’re having fun. I think our customers really like our products. And we’re always trying to do better.” – Steve Jobs

His accomplishments and character helped define a generation and change the world. He is co-founder of the fairytale company we now know as Apple Computers. And he is the visionary of the personal computers world that led the entire computer hardware and software industry to restructure itself.

This man with boundless energy and charisma is also a master of hype, hyperbole and the catchy phrase. And even when he’s trying to talk normally, brilliant verbiage comes tumbling out.

Here’s a selection of some of the most insanely great things he said, golden lessons to help you succeed in life, Jobs-style:

1. Steve Jobs said: “Innovation distinguishes between a leader and a follower.”

Innovation has no limits. The only limit is your imagination. It’s time for you to begin thinking out of the box. If you are involved in a growing industry, think of ways to become more efficient; more customer friendly; and easier to do business with. If you are involved in a shrinking industry – get out of it quick and change before you become obsolete; out of work; or out of business. And remember that procrastination is not an option here. Start innovating now!

2. Steve Jobs said: “Be a yardstick of quality. Some people aren’t used to an environment where excellence is expected.”

There is no shortcut to excellence. You will have to make the commitment to make excellence your priority. Use your talents, abilities, and skills in the best way possible and get ahead of others by giving that little extra. Live by a higher standard and pay attention to the details that really do make the difference. Excellence is not difficult – simply decide right now to give it your best shot – and you will be amazed with what life gives you back.

3. Steve Jobs said: “The only way to do great work is to love what you do. If you haven’t found it yet, keep looking. Don’t settle. As with all matters of the heart, you’ll know when you find it.”

I’ve got it down to four words: “Do what you love.” Seek out an occupation that gives you a sense of meaning, direction and satisfaction in life. Having a sense of purpose and striving towards goals gives life meaning, direction and satisfaction. It not only contributes to health and longevity, but also makes you feel better in difficult times. Do you jump out of bed on Monday mornings and look forward to the work week? If the answer is ‘no’ keep looking, you’ll know when you find it.

4. Steve Jobs said: “You know, we don’t grow most of the food we eat. We wear clothes other people make. We speak a language that other people developed. We use a mathematics that other people evolved… I mean, we’re constantly taking things. It’s a wonderful, ecstatic feeling to create something that puts it back in the pool of human experience and knowledge.”
Live in a way that is ethically responsible. Try to make a difference in this world and contribute to the higher good. You’ll find it gives more meaning to your life and it’s a great antidote to boredom. There is always so much to be done. And talk to others about what you are doing. Don’t preach or be self-righteous, or fanatical about it, that just puts people off, but at the same time, don’t be shy about setting an example, and use opportunities that arise to let others know what you are doing.

It is the kind of mind that can see things as they are, which step by step and in a flash can realize the original nature of everything. Beginner’s mind is Zen practice in action. It is the mind that is innocent of preconceptions and expectations, judgments and prejudices. Think of beginner’s mind as the mind that faces life like a small child, full of curiosity and wonder and amazement.

Reams of academic studies over the decades have amply confirmed television’s pernicious mental and moral influences. And most TV watchers know that their habit is mind-numbing and wasteful, but still spend most of their time in front of that box. So turn your TV off and save some brain cells. But be cautious, you can turn your brain off by using a computer also. Try and have an intelligent conversation with someone who plays first person shooters for 8 hours a day. Or auto race games, or role-playing games.

7. Steve Jobs said: “I’m the only person I know that’s lost a quarter of a billion dollars in one year…. It’s very character-building.”

Don’t equate making mistakes with being a mistake. There is no such thing as a successful person who has not failed or made mistakes, there are successful people who made mistakes and changed their lives or performance in response to them, and so got it right the next time. They viewed mistakes as warnings rather than signs of hopeless inadequacy. Never making a mistake means never living life to the full.

8. Steve Jobs said: “I would trade all of my technology for an afternoon with Socrates.”

Over the last decade, numerous books featuring lessons from historical figures have appeared on the shelves of bookstores around the world. And Socrates stands with Leonardo da Vinci, Nicholas Copernicus, Charles Darwin and Albert Einstein as a beacon of inspiration for independent thinkers. But he came first. Cicero said of Socrates that, “He called philosophy down from the skies and into the lives of men.” So use Socrates’ principles in your life, your work, your learning, and your relationships. It’s not about Socrates, it’s really about you, and how you can bring more truth, beauty and goodness into your life everyday.

9. Steve Jobs said: “We’re here to put a dent in the universe. Otherwise why else even be here?”

Did you know that you have big things to accomplish in life? And did you know that those big things are getting rather dusty while you pour yourself another cup of coffee, and decide to mull things over rather than do them? We were all born with a gift to give in life, one which informs all of our desires, interests, passions and curiosities. This gift is, in fact, our purpose. And you don’t need permission to decide your own purpose. No boss, teacher, parent, priest or other authority can decide this for you. Just find that unique purpose.

10. Steve Jobs said: “Your time is limited, so don’t waste it living someone else’s life. Don’t be trapped by dogma – which is living with the results of other people’s thinking. Don’t let the noise of other’s opinions drown out your own inner voice. And most important, have the courage to follow your heart and intuition. They somehow already know what you truly want to become. Everything else is secondary.”

Are you tired of living someone else’s dream? No doubt, its your life and you have every right to spend it in your own individual way without any hurdles or barriers from others. Give yourself a chance to nurture your creative qualities in a fear-free and pressure-free climate. Live a life that YOU choose and be your own boss.

Each lesson might be difficult to integrate into your life at first, but if you ease your way into each lesson, one at a time, you’ll notice an immediate improvement in your overall performance. So go ahead, give them a try.

Here are some of Steve jobs most well know “quotes.” Click Here >

The other day, someone at a store in our town read that a methamphetamine lab …