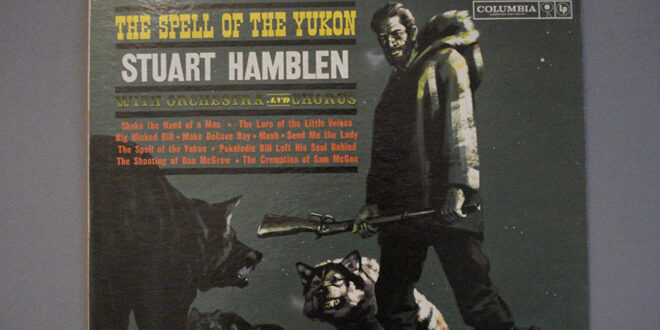 Back in the 50’s there was a well known radio host/comedian/song writer in Hollywood named Stuart Hamblen who was noted for his drinking, womanizing, partying, etc.

One of his bigger hits at the time was “I won’t go hunting with you Jake, but I’ll go chasing women.”

One day, along came a young preacher holding a tent revival. Hamblen had him on his radio show presumably to poke fun at him.

In order to gather more material for his show, Hamblen showed up at one of the revival meetings.

Early in the service the preacher announced, “There is one man in this audience who is a big fake.” There were probably others who thought the same thing, but Hamblen was convinced that he was the one the preacher was talking about (some would call that conviction) but he was having none of that.

Still the words continued to haunt him until a couple of nights later he showed up drunk at the preacher’s hotel door around 2AM demanding that the preacher pray for him!

But the preacher refused, saying, “This is between you and God and I’m not going to get in the middle of it.”

But he did invite Stuart in and they talked until about 5 AM at which point Stuart dropped to his knees and with tears, cried out to God.

But that is not the end of the story. Stuart quit drinking, quit chasing women, quit everything that was ‘fun.’ Soon he began to lose favor with the Hollywood crowd.

He was ultimately fired by the radio station when he refused to accept a beer company as a sponsor.

Hard times were upon him. He tried writing a couple of “Christian” songs but the only one that had much success was “This Old House,” written for his friend Rosemary Clooney.

As he continued to struggle, a long time friend named John took him aside and told him, “All your troubles started when you ‘got religion,’ Was it worth it all?” Stuart answered simply, “Yes.”

Then his friend asked, “You liked your booze so much, don’t you ever miss it?” And his answer was, “No.” John then said, “I don’t understand how you could give it up so easily.”

And Stuart’s response was, “It’s no big secret. All things are possible with God.” To this John said, “That’s a catchy phrase. You should write a song about it.”

And as they say, “The rest is history.”

The song Stuart wrote was “It Is No Secret.”

“It is no secret what God can do. What He’s done for others, He’ll do for you.

With arms wide open, He’ll welcome you. It is no secret, what God can do….”

By the way… the friend was John Wayne. And the young preacher who refused to pray for Stuart Hamblen?

… That was Billy Graham.

Before the rock & roll revolution, Rosemary Clooney was one of the most popular female singers in America, rising to superstardom during the golden age of adult pop. Listen to her sing Stuart Hamblen’s song, “This Ole House,” below.

Previous It’s All in the State of Your Mind
Next Tarra & Bella: The Elephant and Dog Who Became Best Friends