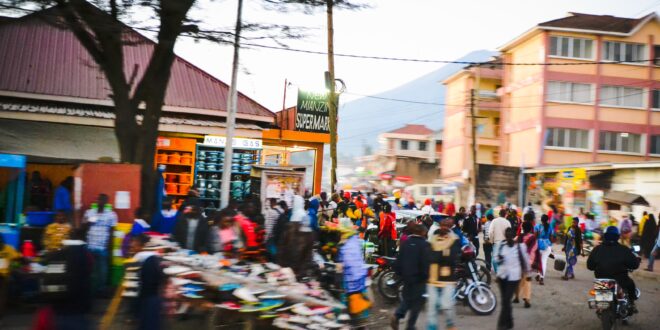 Have you ever felt the urge to pray for someone and then just put it on a list and said, “I’ll pray for them later?”  Or, has anyone ever called you and said, “I need you to pray for me, I have this need?”  Read this story – may it change the way that you think about prayer and also the way you pray.  You will be blessed by this.

A missionary on furlough told this story while visiting his home church in Michigan. “While serving at a small field hospital in Africa, every two weeks I traveled by bicycle through the jungle to a nearby city for supplies. This was a journey of two days and required camping overnight at the halfway point.

On one of these journeys, I arrived in the city where I planned to collect money from a bank, purchase medicine and supplies, and then begin my two-day journey back to the field hospital. Upon arrival in the city, I observed two men fighting, one of whom had been seriously injured. I treated him for his injuries and at the same time talked to him about the Lord.

I then traveled two days, camping overnight, and arrived home without incident.

Two weeks later I repeated my journey. Upon arriving in the city, I was approached by the young man I had treated. He told me that he had known I carried money and medicines. He said, “Some friends and I followed you into the jungle, knowing you would camp overnight. We planned to kill you and take your money and drugs. But just as we were about to move into your camp, we saw that you were surrounded by 26 armed guards. At this I laughed and said that I was certainly all alone in that jungle campsite. The young man pressed the point, however, and said, “No sir, I was not the only person to see the guards. My five friends also saw them, and we all counted them. It was because of those guards that we were afraid and left you alone.”

At this point in the sermon, one of the men in the congregation jumped to his feet and interrupted the missionary and asked if he could tell him the exact day this happened. The missionary told the congregation the date, and the man who interrupted told him this story: “On the night of your incident in Africa, it was morning here and I was preparing to go play golf. I was about to putt when I felt the urge to pray for you. In fact, the urging of the Lord was so strong, I called men in this church to meet with me here in the sanctuary to pray for you. Would all of those men who met with me on that day stand up?”  The men who had met together to pray that day stood up.

The missionary wasn’t concerned with who they were, he was too busy counting how many men he saw. There were 26.

This story is an incredible example of how the Spirit of the Lord moves in mysterious ways. If you ever hear such prodding, go along with it.

Nothing is ever hurt by prayer except the gates of hell. I encourage you to share this story with as many people as you know. If we all take it to heart, we can turn this world toward God once again. As the above true story clearly illustrates, “with God, all things are possible” – and more importantly, how God hears and answers the prayers of the faithful.

After you read this, please pass it on and give God thanks for the beautiful gift of your faith, for the powerful gift of prayer, and for the many miracles He works in your own daily life.

Previous Why Go To Church
Next Just Push