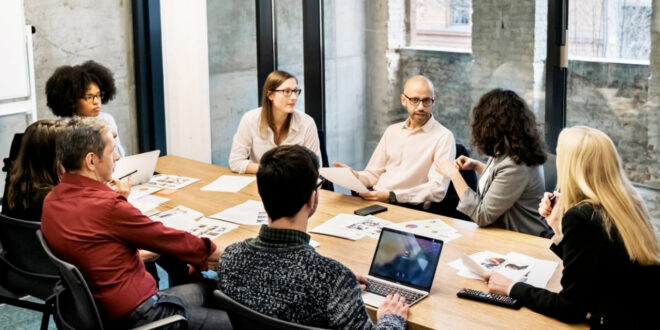 A meeting of minds

Martin was returning to work in his London office after spending two weeks with his brother over in New York. He was coming back with a heavy heart. It was not just that it was the end of a wonderful holiday; it was not just that he invariably suffered badly from jet lag; it was that Monday mornings always began with a team meeting and, over the months, he had grown to hate them.

Martin was aware that colleagues approached these meetings with hidden agendas; they indulged in game-playing; and he knew that people were not being honest and open. The meetings themselves were bad enough – but then there was all the moaning afterwards. “The usual people saying the usual things.” “I could have improved on that idea, but I wasn’t going to say.” “I was thinking of making a suggestion – but I couldn’t be bothered.”

As this morning’s meeting began, Martin braced himself for the usual moroseness and monotony. But, as the meeting progressed, he became aware of a strange background noise. At first, he thought that he was still hearing the engine noise from the aircraft that had brought him back to London – he had had to sit over the wing and the droning was terrible. But, as he concentrated on the noise, it became a little clearer.

Martin found it impossible not to respond to his new knowledge. So he started to make gentle interventions, based more on what he could hear his colleagues thinking than on what he could hear them saying. “So, John are you really saying…” “Susan, do you really think that …” “Tom, have you got an idea on how we could take this forward?” He was aware that his colleagues were unsettled by how insightful were these interventions. They looked at him mystified. In truth, he felt rather proud of his newly-acquired talent.

Emboldened now, Martin forgot his usual misery at participating in such meetings and began making comments of his own. However, he became aware that some of his colleagues were looking at him quizzically. One or two even had a gentle smile playing on their lips. Only gradually did it dawn on him – they could hear his thoughts and he was not really saying what he was thinking.

As the meeting progressed, Martin became aware of changes to the tone and style of the event. It was clear to him now that, one by one, each member of the meeting was learning how to hear the thoughts of all the others and this was subtly changing how they inter-acted with one another. The game-playing started to fall away; people started to speak more directly; views became better understood; the atmosphere became more open and trusting.

The meeting ended. As people left the room, Martin found that he could still hear what they were thinking. “That was the best meeting we’ve ever had.” “All meetings should be like that.” “In future, I’m going to say what I think.”

User Rating: Be the first one !
Share
Previous The seeker of truth
Next “Good Morning” Translated