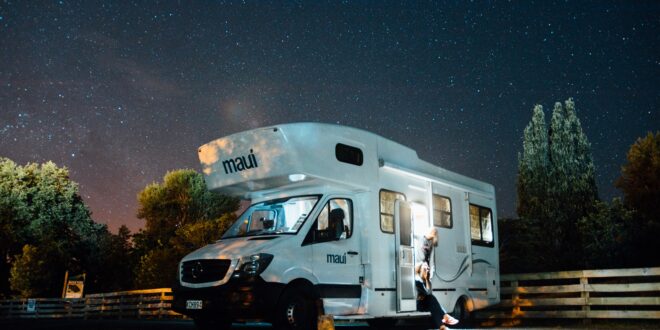 I was inspired by an amazing woman that I just had to write about. She lives alone in her trailer in a trailer park for 6 months, from April to October for the full season.

In 2010, my Husband and I decided to buy a trailer in this park. We happened to buy it the last week before the park’s closing date, Oct. 15. We did get to meet some people that were still in the park who hadn’t closed up for the season yet. We were told an amazing story about an elderly woman in the park, which we found incredible.

We only had one beautiful day at that time of year, so my Husband and I thought we’d sit out on our deck at our trailer to enjoy the nice weather. An elderly woman came over to welcome us to the park. She was carrying a strawberry cheese cake which she made especially for us. We thought that was so sweet of her, and this was the best strawberry cheese cake we’ve ever tasted. We got introduced, and her name was Ann. She told us she’s been in this trailer park for quite a long time, and loved it along with the people there. The park closed after one short week of purchasing our trailer.

After a long 6 month wait, the park opened in April of 2011. That same woman came over to us and asked if we liked her strawberry cheese cake, which she remembered giving us before the park closed last season. She also asked us if we had a good winter, and welcomed us back. We eventually found out that this was the woman people told us about, being Ann. She has had her trailer in this park since 2003, and was a pensioner. Every year before the park closed in Oct., people had to pay a deposit fee of $500.00 to hold their spot over the winter. This amazing 80 year old woman did the most incredible thing I’ve ever heard about to make money for her deposit fee. She collected empty liquor, wine, or beer bottles from everyone in the park that she could, and people would even drop their empty bottles into her two bungle buggies that she left outside in the back of her trailer. She even went to the parks recycling bins to try and find more, which we’ve both seen her do as our trailer was near the recycling bins. In Canada, we pay a deposit for the bottles that the liquor, wine, or beer is put into, and the empty bottles can be returned to the liquor or beer store for a refund of the deposit at the time of purchase. That’s if you want to do that, and be refunded your deposit of 10 or 20 cents per returnable bottle depending on the size. But the amazing other passion about Ann was that she would also walk approximately 7 kms with one of her empty bungle buggies to a different trailer park, and would go into their recycling bins and collect recyclable bottles that weren’t returned for a refund. She would then walk back to our trailer park with her bungle buggy full of these bottles to take a break from this long walk being the age she was, 80. After a little break, she would then walk over a causeway, which divided a huge lake nearby, with her full bungle buggy of empty bottles, from both parks, to the liquor store in town to cash them in for a refund. The distance from our trailer park to the liquor store was 2 kms each way, and she would continue back over the causeway to our trailer park with her empty bungle buggy. I have tried to walk over that causeway which has no sidewalks; just a very small unpaved shoulder. I’ve never seen anyone walking over the causeway since we’ve driven on it several times. With the busy traffic moving in both directions, I got scared and just couldn’t do that walk, not even one way! I asked Ann how she did that walk, both ways, over the causeway being the way it was. She replied, “I don’t look at the traffic, you will go nuts”. This woman did this almost every day since she arrived in our trailer park since 2003. By doing this adventure, it paid for her deposit fee of $500.00 before the park closed so her spot would be held over the winter months. She told me that she not only did this for the park’s deposit fee, but did it for extra money that she can earn for the cost of baking a lot of delicious pies, butter tarts, cookies or whatever she wants to bake to give to people in the trailer park for whatever reason.

Most of the trailers are run by propane. I asked her how she managed to get her huge tanks filled at a gas station. She said that there is always someone to help her in the park and she awards them with one of her home baked sweet goodies. She said next season in 2012, she will start luncheons in the park by making different kinds of soups, and home baked goodies. She will charge a very small amount for people joining in for lunch. She said the money will also help to go towards park functions. We have a park committee who organizes functions for people such as dances, BBQ’s, special dinners, golfing, etc., whereby people pay a very small fee to the park committee. She said this will also be her way of helping the park committee if they should run short of money, to continue functions in the park.

In the spring of 2011 she had to take a couple of weeks away from the trailer park as one of her many grandsons, and one of her many granddaughters were each planning their weddings. Each of them had about 200 guests at their weddings which were close to the same date. Ann baked all the desserts for each of their weddings. She would never take any hand outs from anyone. If anyone offers to help her with something, or anything in the park, she would always pay back with her wonderful baking, and wouldn’t take no for an answer.

She also told me she doesn’t know how to relax as it would drive her crazy not doing anything. She stays in this park for the full six months and during the winter months, she stays in a retirement home for seniors, and has her own apartment. She even does certain things in the retirement home for the seniors such as baking and helping others. She told me that she sometimes looks after a woman who is 107 years old just to give her family a break, and will do this for a period of one week at a time whenever needed.

Ann also suffered a stroke the early part of 201I. It was a miracle after having this stroke as her doctor told her that she may never walk again. But she was quite the trooper after recovering, and did her long walks again every day which took her longer, and by the way, she did all the baking for those two weddings after her stroke. Eventually, it came to a point that she had to have someone drive her to her destinations of gathering recyclable bottles and returning them to the liquor store for refunds. She became too exhausted to do these long walks. She was so determined to earn her deposits for every year being in the trailer park so she wouldn’t lose her spot for the next season to open. I didn’t ask Ann how she managed to pay for her park fees for the entire season.

Ann is very sad that our trailer park will be closing soon for the season. My Husband and I are also sad for the season to come to an end as that was our first full season being there, and meeting this wonderful woman. I’m so looking forward to seeing her next year when the park opens for another season. She did give me her phone number and address so we will be able keep in touch with this amazing woman that I have ever met. Amazing Ann, she truly is!

Previous The Devil’s Convention
Next Strongest Dad in the World