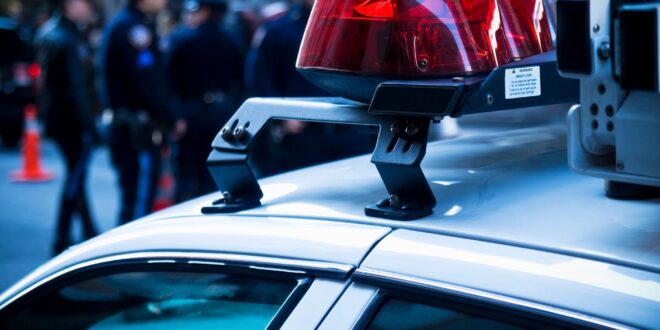 [Publisher’s Note: This story is sad, but TRUE… about a U.S. soldier who lived in Boonville, NY and was killed in Iraq. It’ It is taken from a letter written by Senior Investigator Jack Graham of  the New York State Police to fellow members of the NY State Police and to the Syracuse Police who, on April 17, 2003, participated in a hastily planned ceremonial escort for the soldier. This is the kind of story that make you proud to be an American. (The abbreviation “SP”, means “State Police”, and it refers to a station. For instance, SP Loudonville, NY.)]

On Thursday, April 17, 2003, you participated in an escort detail for GREGORY P. HUXLEY JR who was killed in action in Iraq on April 6, 2003. On behalf of the entire Huxley family and from me, personally, I want to say “Thank you very much.” Your professionalism, dedication and sincerity meant so much to the Huxley family, that words cannot describe their feelings at this time.

What most did not know was that the US Army had promised the family members that they would be taken to Dover, Delaware to be present when their son arrived from Iraq and there would be a full military ceremony in Dover for GREGORY. Unfortunately, there was a communication problem and they were not present during that ceremony.

Then they were informed that the body of their son was being flown to
Syracuse and that the funeral director could pick up the “fallen soldier” at
the cargo area of the airport and that somebody would help them remove the casket from the cardboard shipping container for transport to Boonville, NY.  The funeral director felt that unacceptable for a nineteen year old young  man that gave his life for this country and for the freedom of so many others. As a family friend, he contacted me to see if anything could be done. We now had six hours before GREGORY arrived in Syracuse. Phone calls were made to SP North Syracuse and SGT Nick Harmatiuk took over from there.

What you participated in and observed the rest of  that day was truly an
outstanding display of what this agency can do in very short time. What
happened was just visually and emotionally overwhelming.

The procession left SP North Syracuse led by eight Syracuse PD motorcycles,
followed by the hearse, four cars with family members and followed by ten
State Police and Syracuse PD cars. How ironic it was that when the
procession was traveling parallel to the runway, the  plane carrying GREGORY landed next to it. We were able to enter the planes cargo area and remove the shipping crate from the casket and drape the American flag over the casket. When the casket traveled down the conveyor belt, fifteen New York State Troopers and the same amount of Syracuse Policemen lined the path to the awaiting hearse – all at attention. A hand salute was executed as six State Troopers proudly bore the flag draped coffin to the hearse. After a short prayer, the family was given some time to welcome their son home.

The entire airport was so quiet. I looked up at the concourse windows and
saw a hundred or more people. They were all standing, watching, with their
hands over their hearts, saluting a young man that they did not know.
Somehow they learned that a fallen soldier had come home and they wanted to honor his sacrifice.

The casket was then placed in the hearse and the procession left the airport
in the same fashion as we arrived, only this time with a young hero that our
hearts will never forget.

The motorcade was escorted to the thruway entrance by the Syracuse Police
Department’s motorcycles. All traffic was stopped for the procession and we
headed east towards Boonville. After getting off the thruway, we found that
every intersection that the procession encountered was controlled by State
Troopers, allowing us a safe, unimpeded passage. At each intersection, the
State Trooper stood at attention, saluting the fallen soldier and his
family, giving him and his family the respect that they deserved. How
emotional that was to see and now to reflect on.

When entering the Village of Boonville, the main street was decorated with
an infinite number of American Flags and yellow ribbons. As we approached the center of town, all of the church bells began to peal at once
recognizing and saluting Gregory’s arrival. Hundreds of people holding
American flags lined the street, some with their hand over their heart and
some weeping for GREGORY for what he sacrificed, for us and his country. As we drove by the village park, the National Anthem was being played, for
GREGORY, and I think, for all of us.

At the funeral home, eight veterans lifted the casket out of the hearse and
into the home with the family. GREGORY had returned home.

GREGORY’S family said to me later that the images I have just described will
always be etched in their hearts, forever. But the one memory that will
always be there first, was of the State Troopers at the airport, standing at
attention, saluting, with tears running down their cheeks for their son, a
fallen soldier. A hero whom those Troopers never personally knew.

Our jobs take many different avenues in life. We hope that during our day or shift that we have made a difference, a positive contribution. On this
occasion you did just that. An entire family knows that you cared to do your
very best to honor their son. Their words and expressions told me just that.
We made a difference yesterday, and we did it well.

The rewards we receive for details like this one do not come from anywhere but from the heart. Take pride in what you accomplished, because it was distinct and without equal in this Trooper’s eye. I  have had so many good things happen since I have been a State Trooper, but  in those twenty fours years, I have never been more proud the New York State Police as I was yesterday – A fallen soldier, a hero, a son, a brother has finally come home, in grand deserving style, thanks to all of you.

Previous Heart of a Student Athlete
Next The Sandpiper