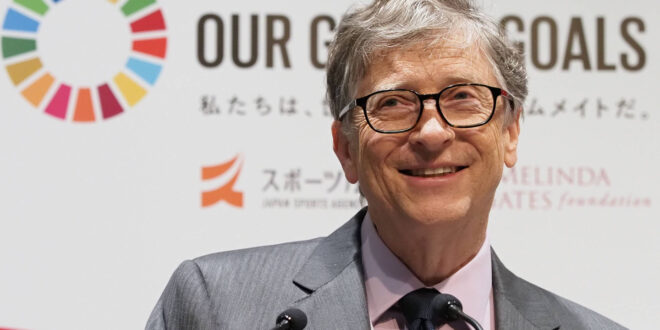 To anyone with kids, of any age, or anyone who has ever been a kid, here’s some advice Bill Gates dished out at a high school speech about 11 things they did not learn in school. He talks about how feel-good politically correct teachings created a full generation of kids with no concept of reality and how this concept set them up for failure in the real world.

Rule 2: The world won’t care about your self-esteem. The world will expect you to accomplish something BEFORE you feel good about yourself.

Rule 3: You will NOT make 40 thousand dollars a year right out of high school. You won’t be a vice-president with a car phone, until you earn both.

Rule 4: If you think your teacher is tough, wait until you get a boss. He doesn’t have tenure.

Rule 5: Flipping burgers is not beneath your dignity. Your grandparents had a different word for burger flipping – they called it opportunity.

Rule 6: If you mess up, it’s not your parents’ fault, so don’t whine about your mistakes, learn from them.

Rule 7: Before you were born, your parents weren’t as boring as they are now. They got that way from paying your bills, cleaning your clothes and listening to you talk about how cool you are. So, before you save the rain forest from the parasites of your parents’ generation, try delousing the closet in your own room.

Rule 8: Your school may have done away with winners and losers but life has not. In some schools they have abolished failing grades and they’ll give you as many times as you want to get the right answer. This doesn’t bear the slightest resemblance to ANYTHING in real life.

Rule 9: Life is not divided into semesters. You don’t get summers off and very few employers are interested in helping you find yourself. Do that on your own time.

Rule 10: Television is NOT real life (nor are video games). In real life people actually have to leave the coffee shop and go to jobs.

Rule 11: Be nice to nerds. Chances are you’ll end up working for one.

William Henry Gates III is an American business magnate, software developer, investor, and philanthropist. Best known as Bill Gates, he was born October 28, 1955 in Seattle, Washington and is worth over 103.6 billion USD (as of 2020). He is also well known, world wide, as the co-founder of Microsoft Corporation. You can find more information here: Wikipedia

User Rating: Be the first one !
Share
Previous Pinewood Derby
Next Nothing Beats Family