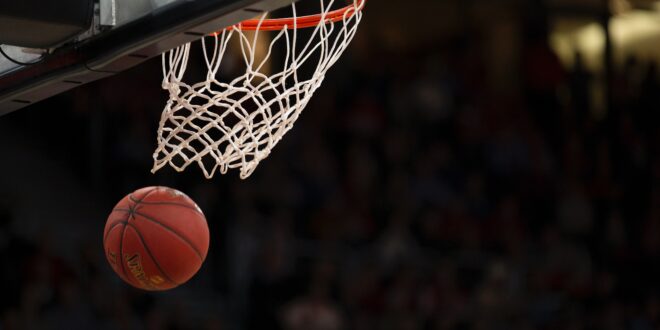 By Rick Reilly, Sports Illustrated – True
“A Paragon Rising above the Madness”

On Tuesday the best man I know will do what he always does on the 21st of the month. He’ll sit down and pen a love letter to his best girl. He’ll say how much he misses her and loves her and can’t wait to see her again. Then he’ll fold it once, slide it in a little envelope and walk into his bedroom. He’ll go to the stack of love letters sitting there on her pillow, untie the yellow ribbon, place the new one on top and tie the ribbon again.

The stack will be 180 letters high then, because Tuesday is 15 years to the day since Nellie, his beloved wife of 53 years, died. In her memory, he sleeps only on his half of the bed, only on his pillow, only on top of the sheets, never between, with just the old bedspread they shared to keep him warm.

So, sometimes, when the Madness of March gets to be too much — too many players trying to make SportsCenter, too few players trying to make assists, too many coaches trying to be homeys, too few coaches willing to be mentors, too many freshmen with out-of-wedlock kids, too few freshmen who will stay in school long enough to become men — I like to go see Coach Wooden. I visit him in his little condo in Encino, 20 minutes northwest of L.A., and hear him say things like “Gracious sakes alive!” and tell stories about teaching “Lewis” the hook shot. Lewis Alcindor, that is. Kareem Abdul-Jabbar.

There has never been another coach like Wooden, quiet as an April snow and square as a game of checkers; loyal to one woman, one school, one way; walking around campus in his sensible shoes and Jimmy Stewart morals. He’d spend a half hour the first day of practice teaching his men how to put on a sock. “Wrinkles can lead to blisters,” he’d warn. These huge players would sneak looks at one another and roll their eyes. Eventually, they’d do it right. “Good,” he’d say. “And now for the other foot.”

Of the 180 players who played for him, Wooden knows the whereabouts of 172. Of course, it’s not hard when most of them call, checking on his health, secretly hoping to hear some of his simple life lessons so that they can write them on the lunch bags of their kids, who will roll their eyes. “Discipline yourself, and others won’t need to,” Coach would say. “Never lie, never cheat, never steal,” Coach would say. “Earn the right to be proud and confident.”

You played for him, you played by his rules: Never score without acknowledging a teammate. One word of profanity, and you’re done for the day. Treat your opponent with respect.

He believed in hopelessly out-of-date stuff that never did anything but win championships. No dribbling behind the back or through the legs. “There’s no need,” he’d say. No UCLA basketball number was retired under his watch. “What about the fellows who wore that number before? Didn’t they contribute to the team?” he’d say. No long hair, no facial hair. “They take too long to dry, and you could catch cold leaving the gym,” he’d say.

That one drove his players bonkers. One day, All-America center Bill Walton showed up with a full beard. “It’s my right,” he insisted. Wooden asked if he believed that strongly. Walton said he did. “That’s good, Bill,” Coach said. “I admire people who have strong beliefs and stick by them, I really do. We’re going to miss you.” Walton shaved it right then and there. Now Walton calls once a week to tell Coach he loves him.

It’s always too soon when you have to leave the condo and go back out into the real world, where the rules are so much grayer and the teams so much worse. As Wooden shows you to the door, you take one last look around. The framed report cards of the great-grandkids. The boxes of jelly beans peeking out from under the favorite wooden chair. The dozens of pictures of Nellie.

He’s almost 90 now, you think. A little more hunched over than last time. Steps a little smaller. You hope it’s not the last time you see him. He smiles. “I’m not afraid to die,” he says. “Death is my only chance to be with her again.”

Problem is, we still need him here

John R. Wooden was a three-time All American basketball player, including college player of the year his senior season at Purdue. He is the only person to be inducted into both the Players’ and Coaches’ Halls of Fame. Through his word and deed, he taught people how to be successful. Coach Wooden, and his record, remain the standard by which EXCELLENCE is measured.

As a youngster, watching his teams win it all, year after year, I became a huge fan of John Wooden… and an even bigger fan after reading about his philosophy, his teachings, his quotes (see below) and his life.

Coach Wooden, like Paul “Bear” Bryant in football, had the best prepared teams in the country, year after year, and won it all year after year. He built his dynasty with this philosophy: “Success is peace of mind, which is a direct result of self satisfaction in knowing you did your best to become the best that you are capable of becoming.”

Previous The Red Rose: A Meeting of the Heart
Next God’s Perfection