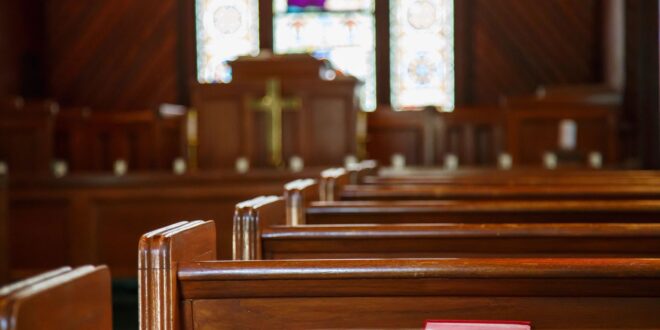 A Convergence of The Human Spirit

By D. Graves
The tragic events of September 11, 2001 have prompted me to write about a subtle yet widespread result that I’ve seen in the aftermath of the tragedies here in America – an amazing convergence of the human spirit. I’ve seen it in parking lots where people are insisting that others go first. I’ve seen it in stores where everyone isn’t quite as rushed as they used to be. I’ve seen it on freeways where people let others into the lane that they’re in (this is unprecedented in the days of late here in Orange County). In voices on telephones thousands of miles away – We’re looking at our similarities rather than our differences in a way that doesn’t happen anywhere near often enough. It seems as though we’re taking a little bit of time out to smell the roses in this life that we’ve recently been reminded of how precious yet truly precarious it is. Life and all its usual hustle and bustle of seemingly important things-to-do seems much more bitter and sweeter all at the same time. We’re feeling it and living it for the same reason at the same time, and perhaps for the first time, for some of us.

I’ve seen this convergence in conversations between strangers when they greet each other in the street and say words of sympathy to one another. I’ve seen it in co-workers when they recognize the exhaustion and sadness in another. I’ve heard this convergence in the voices and tones of reporters and journalists, firefighters, rescue workers, and volunteers. I’ve seen it in the eyes and heard it in the voices of people in other countries who are just as devastated at the senseless loss that we’ve experienced. People who, in times past, have snubbed us for various reasons. They’ve spoken up for America and her people in order to show their love and support. We have all been touched with empathy and compassion and I, for one, hope it stays around.

We, as a people, are once again looking out for each other and taking the extra second that it takes to let someone know that we hear them, that we see them, and that yes, they really do matter. Even if it’s just because they reached the door handle a second ahead of you and you smiled genuinely at them while practicing the oft forgotten gesture of holding the door for them. Their presence was considered and acknowledged – whoa!

We are all taking the time to acknowledge one another again and that is a miracle. It’s the little things that really matter. The little things like, “do unto others”, “live and let live”, “to each his own”, all of those little verses / philosophies we’ve heard so much that say so much about love and tolerance. People are living them, oh they may not be doing it consciously, but they’re doing it alright. And that, my friends, is how our God works. He takes a tragedy and makes a miracle.

At my Church, Saddleback Community Church, we had a community based prayer vigil all this week and I witnessed people embracing others of different denominations – their religious differences didn’t seem to be that different or that important anymore, at least for the moment. People are joining hands and praying and singing and hoping and loving. My Church, as a matter of fact, was the first to open my eyes to this convergence of the human spirit. On Tuesday morning two and a half hours after the attack began there was an email in my mailbox from my Church inviting my family to a special prayer vigil scheduled for 7:00pm. So, while switching back and forth from television to internet to television in order to get a clear picture of what was going on and viewing the most horrible images I’ve ever seen as they transpired in real life in our America my feelings were running all over the place from frustration to anger to sadness and my Church took only a second to make a decision to open it’s doors for all of us who needed a place to belong on a day of devastating helplessness. As a friend of mine said, “I felt very loved by my Church”, and I did – me, the cynic who eschewed religion for over a decade, echoed my friend’s feelings times a hundred. We converged. We sang. We prayed. And I cried huge gut wrenching tears for the closeness and oneness that I was feeling for God and for my fellow humans in this convergence of the human spirit. I thank them from the bottom of my heart to the top of my soul.

And the number one thing that I’ve seen occur everywhere that is in direct proportion to this convergence is everyone looking up to the Heavens and asking for strength and hope and love for all the victims of this heinous mass murder. So, while this tragedy continues to unfold, my feelings and emotions are even more convoluted in that I’m enjoying this convergence tremendously, but I’m deeply saddened by the cause of it. Be happy in one thing though, brothers and sisters, we have just had a spiritual uprising! We celebrated a National Day of Prayer on Friday, September 14, 2001! We celebrated a National Day of Prayer! Go forward and live and love and converge! It is, it seems, the dawn of a new day.