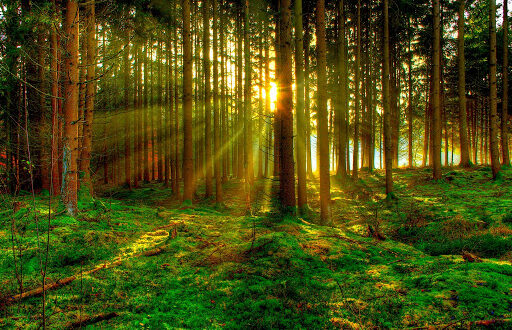 The Difference A Teacher Can Make

Steve, a twelve-year-old boy with alcoholic parents, was about to be lost forever, by the U.S. education system. Remarkably, he could read, yet, in spite of his reading skills, Steve was failing. He had been failing since first grade, as he was passed on from grade to grade. Steve was a big boy, looking more like a teenager than a twelve year old, yet, Steve went unnoticed… until Miss White.

Miss White was a smiling, young, beautiful redhead, and Steve was in love! For the first time in his young life, he couldn’t take his eyes off his teacher; yet, still he failed. He never did his homework, and he was always in trouble with Miss White. His heart would break under her sharp words, and when he was punished for failing to turn in his homework, he felt just miserable! Still, he did not study.

In the middle of the first semester of school, the entire seventh grade was tested for basic skills. Steve hurried through his tests, and continued to dream of other things, as the day wore on. His heart was not in school, but in the woods, where he often escaped alone, trying to shut out the sights, sounds and smells of his alcoholic home. No one checked on him to see if he was safe. No one knew he was gone, because no one was sober enough to care. Oddly, Steve never missed a day of school.

One day, Miss White’s impatient voice broke into his daydreams.

“Steve!!” Startled, he turned to look at her.

Steve locked his gaze on Miss White with adolescent adoration, as she began to go over the test results for the seventh grade.

“You all did pretty well,” she told the class, “except for one boy, and it breaks my heart to tell you this, but…” She hesitated, pinning Steve to his seat with a sharp stare, her eyes searching his face.

“…The smartest boy in the seventh grade is failing my class!”

She just stared at Steve, as the class spun around for a good look. Steve dropped his eyes and carefully examined his fingertips.

After that, it was war!! Steve still wouldn’t do his homework. Even as the punishments became more severe, he remained stubborn.

“Just try it! ONE WEEK!” He was unmoved.

“You’re smart enough! You’ll see a change!” Nothing fazed him.

“Give yourself a chance! Don’t give up on your life!” Nothing.

“Steve! Please! I care about you!”

Wow! Suddenly, Steve got it!! Someone cared about him? Someone, totally unattainable and perfect, CARED ABOUT HIM??!!”

Steve went home from school, thoughtful, that afternoon. Walking into the house, he took one look around. Both parents were passed out, in various stages of undress, and the stench was overpowering! He, quickly, gathered up his camping gear, a jar of peanut butter, a loaf of bread, a bottle of water, and this time…his schoolbooks. Grim faced and determined, he headed for the woods.

The following Monday he arrived at school on time, and he waited for Miss White to enter the classroom. She walked in, all sparkle and smiles! God, she was beautiful! He yearned for her smile to turn on him. It did not.

Miss White, immediately, gave a quiz on the weekend homework. Steve hurried through the test, and was the first to hand inhis paper. With a look of surprise, Miss White took his paper. Obviously puzzled, she began to look it over. Steve walked back to his desk, his heart pounding within his chest. As he sat down, he couldn’t resist another look at the lovely woman.

Miss White’s face was in total shock! She glanced up at Steve, then down, then up. Suddenly, her face broke into a radiant smile. The smartest boy in the seventh grade had just passed his first test!

From that moment nothing was the same for Steve. Life at home remained the same, but life still changed. He discovered that not only could he learn, but he was good at it! He discovered that he could understand and retain knowledge, and that he could translate the things he learned into his own life. Steve began to excel! And he continued this course throughout his school life.

Miss White left a great legacy. She saved one boy who has changed many lives. I know, because I am the love of his life.

You see, it’s simple, really. A change took place within the heart of one boy, all because of one teacher, who cared.

Jaye Lewis is an award-winning writer who celebrates life from a unique perspective. Jaye lives with her family in the beautiful southern highlands of southwestern Virginia. Jaye is writing her first book, entitled “Entertaining Angels,” which illustrates the spiritual, and even the miraculous, in her life. Jaye believes, as her mother did before her, that one should always entertain strangers, because one never knows when one may be entertaining an angel. Jaye can be emailed at jlewis@smyth.net.

User Rating: Be the first one !

Story Editor is the main account that our team uses to add and edit stories from many sources.
Previous Breakfast at McDonald’s
Next Who You Are Speaks Louder Than Anything You Can Say