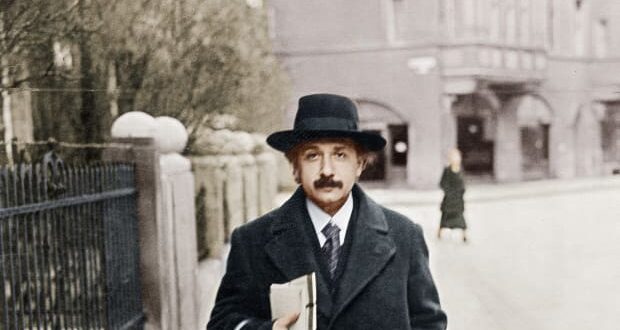 Words can clarify, prove, confuse, destroy, be helpful, wound etc.  In our search for God, and our understanding of faith, words can be all these and more. Ultimately, as human beings we are finite, and when it come to God, we need to walk humbly and in awe. Enjoy!
_____________________

A Story of God vs Science
— Author unknown

The university professor challenged his students with this question. Did God create everything that exists? A student bravely replied, “Yes, he did!”Â

“God created everything? The professor asked.

The professor answered, “If God created everything, then God created evil since evil exists, and according to the principal that our works define who we are then God is evil”. The student became quiet before such an answer. The professor was quite pleased with himself and boasted to the students that he had proven once more that the Christian faith was a myth.

Another student raised his hand and said, “Can I ask you a question professor?”

“Of course”, replied the professor.

The student stood up and asked, “Professor, does cold exist?”

“What kind of question is this? Of course it exists. Have you never been cold?” The students snickered at the young man’s question.

The young man replied, “In fact sir, cold does not exist. According to the laws of physics, what we consider cold is in reality the absence of heat. Every body or object is susceptible to study when it has or transmits energy, and heat is what makes a body or matter have or transmit energy. Absolute zero (-460 degrees F) is the total absence of heat; all matter becomes inert and incapable of reaction at that temperature. Cold does not exist. We have created this word to describe how we feel if we have no heat.”

The professor responded, “Of course it does.”

The student replied, “Once again, you are wrong sir… darkness does not exist either. Darkness is in reality the absence of light. Light we can study, but not darkness. In fact we can use Newton’s prism to break white light into many colors and study the various wavelengths of each color. You cannot measure darkness. A simple ray of light can break into a world of darkness and illuminate it. How can you know how dark a certain space is? You measure the amount of light present. Isn’t this correct? Darkness is a term used by man to describe what happens when there is no light present.”

Now uncertain, the professor responded, “Of course as I have already said. We see it every day. It is in the daily example of man’s inhumanity to man. It is in the multitude of crime and violence everywhere in the world. These manifestations are nothing else but evil.”

To this the student replied, “Evil does not exist sir, or at least it does not exist unto itself. Evil is simply the absence of God. It is just like darkness and cold, a word that man has created to describe the absence of God. God did not create evil. Evil is not like faith, or love that exist just as does light and heat. Evil is the result of what happens when man does not have God’s love present in his heart. It’s like the cold that comes when there is no heat or the darkness that comes when there is no light.”

The professor sat down.

Einstein wasn’t a Christian. He was raised in a Jewish family… thus he believed in god. You don’t have to be Christian to believe in God.

Einstein published a paper in Nature in 1940 entitled “Science and Religion” in which says that: “a person who is religiously enlightened appears to me to be one who has, to the best of his ability, liberated himself from the fetters of his selfish desires and is preoccupied with thoughts, feelings and aspirations to which he clings because of their super-personal value… regardless of whether any attempt is made to unite this content with a Divine Being, for otherwise it would not be possible to count Buddha and Spinoza as religious personalities. Accordingly a religious person is devout in the sense that he has no doubt of the significance of those super-personal objects and goals which neither require nor are capable of rational foundation… In this sense religion is the age-old endeavor of mankind to become clearly and completely conscious of these values and goals, and constantly to strengthen their effects.” He argued that conflicts between science and religion “have all sprung from fatal errors.” “[E]ven though the realms of religion and science in themselves are clearly marked off from each other” there are “strong reciprocal relationships and dependencies… science without religion is lame, religion without science is blind… a legitimate conflict between science and religion cannot exist.” In Einstein’s view, “neither the rule of human nor Divine Will exists as an independent cause of natural events. To be sure, the doctrine of a personal God interfering with natural events could never be refuted… by science, for [it] can always take refuge in those domains in which scientific knowledge has not yet been able to set foot.” (Einstein 1940, pp. 605-607)