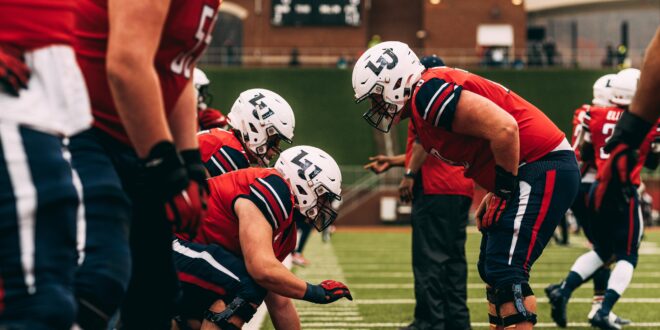 Emotion and Dopamine could be the secret to motivation!

Last night I watched noted speaker Tony Robbins online, and he put a name to that dynamic substance that jumps into your heart and soul and tells you that you have what it takes to get the job done regardless of the odds.

All of us are where we are today in life because of the emotional decision(s) we made, or are continuing to make, to set us on our path. Yes, success or failure has been dictated by us to achieve a desired outcome! But the failure side, believe it or not, is again where we have told ourselves we would rather be as well. The failure side also is just where we wanted to be and doing what we wanted to do. The key is that emotion played a big role in aiding us to decide our path. Many times we are not even aware that this emotion has been our guiding force!

Maybe this will help. Every film, TV program, book, song, musical, and on and on has the same basic theme! The main characters are introduced, they fall on hard times in life (which are described in many ways), seem to be at the end of their rope, and then suddenly, and we can almost predict what will happen next, there is a huge turnaround and the characters see and feel the emotion to bring about the desired ending to the production. We do the same in our lives, and at times, we are not even aware that we are following the same theme portrayed in a movie or some other literary production!

This applies to the good as well as the bad. Bad boy Al Capone was a product of this simple process as well as Bill Gates. Somewhere in their life, they decided to become and do what they did for a living, and I will bet that they felt the emotion when they decided on their chosen path. If you had asked Capone, he would consider himself a success!

Emotion = that dynamic something!

When folks say they have arrived, it’s due to reaching a comfort zone. To produce more, they must emotionally reach beyond their comfort zone again! Many athletes, after receiving the huge free agency lifetime contract, do not do as well as they did when striving to get that lifetime package. The hunt is over and they reach a comfort zone. Some emotion may be gone, and the intensity may have been lessened.

This emotion can be manufactured or real! It can be short-lived or prolonged. The best, of course, is an authentic and long-term emotion! Coaches are constantly looking for the emotion that will propel their team toward the proper state of mind. Today I believe it’s the most necessary ingredient, regardless of the talent, for success! Bottom line in sports: It makes success possible. It was two days before our first girls’ track meet ever. This indoor season was the beginning of girls’ track in our state. We were entered in a relay meet, and we had no idea what kind of performances to expect. We practiced on the second floor of our school where the floor ran in a figure 8 and presented a great practice track. However, the straight always ended at a double door leading into classrooms. Of course we warned the runners to not run headlong into the glass-windowed doors! Well, one of our sprinters ran too fast and ran into the glass windows on the top half of the double door! Both arms went through the glass and she was severely injured. We called 9-1-1, and as I reached the girl, she looked over at me and asked if this meant she was not able to run in the meet. Nothing about pain, or severity of the injury. Her only concern was that she wanted to be able to run in the meet! I looked at her and quietly said that we would see what the medics say. Well, she was admitted to the hospital and kept overnight for observation. Running was out! The next evening while on the bus going to the indoor meet, I mentioned what Joan said to me the day before. Nothing about pain, nothing about how serious her wound was. Her only concern was running with the team in the meet. I ended with this: See if we can put a little extra into our efforts at the meet for Joan.

On the way to the meet, you could hear a pin drop. I elbowed the assistant coach and said, “We are going to do well tonight.” Fortunately, as if planned, the bus route took us right past the hospital where Joan was staying overnight. Then, as if on cue, every girl lowered her head lower than the window looking in the direction of the hospital. The results of the meet? We won every race, and in the distant relays, we lapped other teams. What was the motivation? Emotion was the first. The girls wanted to do well for their injured teammate. That led to a sense of urgency in the area of the brain that deals with emotion, and the brain secreted dopamine from some of the million brain cells containing dopamine to help heighten their performance! From what I am reading about dopamine and the brain, the brain has separate areas to deal with different psychological and psycho-social essential needs of the person.

This is short-term emotion! Coaches look for things like this for every game! The long-term would be something like this: Lou Holtz was asked how tough it is to win a national championship. He responded, “It’s easy! You just beat the hell out of every team that shows up on your field. You do this 14 times and you will become national champions.” Now each game has an emotional sense of urgency! Regardless of who or what they are or have  accomplished, you have to beat them. They don’t have names or abilities, or records. They could be a pro team. Either way, you have to beat them to become national champs. Emotion was knowing there isn’t any alternative! We win the games regardless of who the other team is, or lose and miss out on the National Championship! The brain senses the emotional sense of urgency and delivers dopamine each game they play, and the same emotion is brought to the attention of the team.

But you also must be prepared for sudden change in emotion! With one team, we were set for a long-term plan of emotion for the season. Then one day, in the middle of this season, we were all gathered for our day before the game meeting where we talked over the emotion approach to the season. I was being long-winded as usual in the meeting, and out of the blue, our starting nose guard, who was 5-foot-nothing and weighed 100-and-nothing, raised his hand and commented. “Coach!” he shouted. “Why don’t we just kick ass!” I could not keep a straight face, and the other coaches and the team broke up. After regaining composure, I said, “Billy, you’re right. Let’s just go out and kick ass!” Everyone cheered, and the next day we kicked ass 40-0. We used the new emotion for the rest of the year and won the rest of the games! Before leaving the locker room each game, I would ask Billy, “What are we going to do today?” He would respond in a loud, emotional voice, “We are going to kick ass!” Sudden change was presented and internalized by the team. We were conference champs that year!

Bottom line again: We have all been doing this whether we are conscious of it. These emotional decisions have brought us to where we are today in our lives. This process will continue as long as we are alive. If we are aware,  accept, and maybe create the emotion that will propel us to accomplish great stuff, who knows what we can do! I repeat: Al Capone used the same process to do what he did. The emotional sense of urgency sensed by the brain doesn’t realize you want to rob a bank rather than become the bank president.

Emotion, that sense of urgency, is that dynamic something that jumps into our heart and soul and tells us we have what it takes to get the job done regardless of the odds.