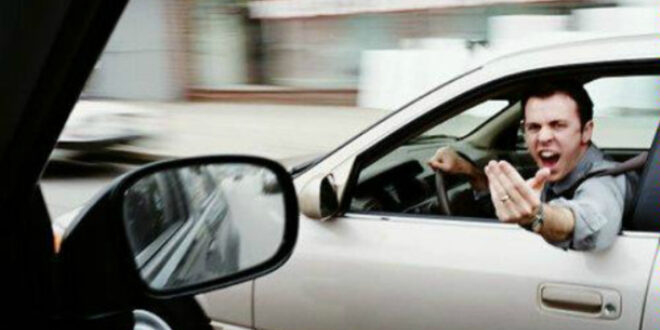 When was the last time you used profanity? Do you think you have that area of your life under control? Well, I have some bad news for you. You may be guilty without even knowing it. Before we can understand whether or not this is true, let’s first explore the historical background of the word. The root word, profane, is Latin for “outside the temple.” All that was unclean or impure was considered profane, or “outside the temple.”

It’s sad, but today, through the media, we have brought the profane into our homes. Profanity also comes in religious packages, making it easy for Christians to speak like the rest of the world. According to Gene Edward Veith, “profanity uses religious language in a way that desecrates or trivializes its sacred meaning.”

Though this may be surprising to many, profane language includes some of the most widely used phrases in our Christian cultures, such as “Oh my God!; Oh my Goodness; For Goodness Sake; Good Heavens, Oh Heavens, Oh my Word etc;” Webster’s 1828 dictionary defines profane as “Irreverence of sacred things; particularly, the use of language which implies irreverence towards God; or one who by words or actions, treats sacred things with irreverence.” The most powerful statement against profane language is found in Exodus 20:7, “You shall not misuse the name of the LORD your God, for the LORD will not hold anyone guiltless who misuses his name.”

In Shakespeare’s day the word “God” was not used in the scripts of drama plays for fear that it might be used in vain. Today you cannot watch a G-rated movie or read a book without hearing or reading the expression “My God.” God requires his name to be held holy, which means to be separate from casual, common, or vain use. May we reign in the words of our mouth and pray along with David in Psalm 141 “Set a watch, O LORD, before my mouth; guard the door of my lips.”

— An Important Message for Believers —

The words of our mouth ought to be well pleasing to the Lord Jesus Christ who purchased us with His own blood “that He might redeem us from all iniquity [lawlessness] and purify unto Himself a peculiar people [a people of His own], zealous of good works” (Titus 2:14). May the fruit of our lips always honor “that worthy Name by the which ye are called” (James 2:7).

As blood-bought children of God we should be very thoughtful about the words that we use, and very careful in our choice of words. This is especially true at times of surprise or amazement or sudden pain or disappointment when we tend to burst out with an exclamatory word or comment. Those of the world blurt out all kinds of inappropriate words, not giving much thought to what they are really saying. All such careless speech and profane cursing should find no place on the lips of a redeemed saint: “Set a watch, O LORD, before my mouth; keep the door of my lips“ (Psalm 141:3).

What is a MINCED OATH? The verb “mince” means “to lessen the force of, to weaken, as by euphemism.” What does the word EUPHEMISM mean? A euphemism is “the use of a word or phrase that is less expressive or direct but considered less distasteful, less offensive, etc. than another” [from a tract entitled, “Christian Cursing” by J. W. Hiebert, published by Tabernacle Baptist Church in Lubbock, TX]. What we have then is one word or phrase being substituted for another. Instead of using the Name of God, we use a substitute word in place of God’s name that sounds better and is less offensive. Instead of using a swear word we use a substitute word that actually means the same but does not sound as bad. Thus we can say that a MINCED OATH is “a form of cursing that replaces a direct curse word with a more acceptable word [better sounding word] which in effect does the same thing.” [Ibid.]

“Thou shalt not take the name of the LORD thy God in vain; for the LORD will not hold him guiltless that taketh his name in vain” (Exodus 20:7) Consider some of the words that are used as substitutes for the Name of God. Look up these words in a good dictionary and you will find the following: GOSH is “a substitute for God used in minced oaths.” GOLLY is “a euphemism for God.” EGAD is “a softened or euphemistic form of the oath `by God.'” GOODNESS is a word substituted for God (compare Matthew 19:16-17).

GOODNESS GRACIOUS are two key attributes of God used in a careless and irreverent way. The expression MERCY or MERCY SAKES is another thoughtless use of a precious attribute of God. HOLY COW, HOLY MACKEREL, HOLY SMOKE are expressions that make fun and make light of the awesome holiness of our God. If we really believe Revelation 15:4 (“for Thou only are holy”) then we will not call other things holy in a thoughtless and frivolous way. May the Holy Spirit control our lips.

Those who are outwardly lawless and wicked often are heard saying, “for God’s sake” or “for Christ’s sake.” It is done in an irreverent, blasphemous way. Those who are more cultured use substitutes: “for Goodness sake” “for Pete’s sake” “for the love of Mike” “for crying out loud” etc.

In a similar way the Name of Christ is abused. GEE is a “euphemistic contraction of Jesus.” The same is true of other words such as GEE, GEEWHIZ, GEEZ or CHEEZ, CHEESE, CHEECE, SHEECE, “all of which relate back to the Lord Jesus Christ when used as an exclamatory remark” [Ibid.] It’s not difficult to figure out the origin of such expressions as JIMINY CRICKETS and JEEPERS CREEPERS.

Curse words and swear words have also been softened by minced substitutes. Remember, garbage is still garbage, even if it is placed in a nice container. We need to detest all curse words and realize that the substitutes stink as well.

It is of interest how the ungodly so often speak on themes of judgment, hell and damnation. Deep in their hearts they blaspheme and rebel against a God whose right it is to damn all those who reject His beloved Son (John 3:18). DARN simply is a substitute for “damn, a euphemism for the curse.” HECK is “an exclamation used as a euphemism for hell.”

“All of this, while deplorable, is nevertheless a sort of backhanded acknowledgment that God is real and Biblical revelation is true. It is significant that adherents of other religions never take the names of their gods in vain! Who ever heard of a Buddhist, or a Muslim, or a Hindu do such a thing? If they want to swear, they also will often inadvertently use the Name of the true God, or His Christ, in vain. Even atheists frequently sprinkle their conversations with blasphemous Christian epithets, calling on God [whom they claim doesn’t exist] to send someone to hell [which they claim doesn’t exist]”  [from Days of Praise by Henry Morris, October 25, 1990].   Satan, who energizes these people (Eph. 2:2), knows so very well the reality of God and hell, and his children (John 8:44) give evidence of this by their cursing.

“The third commandment requireth the holy and reverent use of God’s Name, titles, attributes, ordinances, words and works” [The Westminister Shorter Catechism].  As heavenly citizens, may our God keep us from profanity and from “near profanity” (from anything that comes close to it). When other believers are found to use minced oaths, seek to gently and lovingly and tactfully point this out to them, remembering that at times we have all been guilty of the careless use of language (James 3:2). May the fruit of our lips consist of praise to God and thanksgiving to His Name (Hebrews 13:15).

There seems to be four main categories of vulgarity commonly used:

2. words related to acts of procreation and related body parts

3. words grouping and insulting people by race or other characteristic

4. words disrespecting God and His name

Interestingly, most Christians do not have as much of a problem with the first three categories of vulgarity, or at least they understand that what they are saying is inappropriate. But many Christians have a significant problem using words that, knowingly or unknowingly, may disrespect God. So, in this post I am mainly concerned with the fourth category, words that potentially disrespect God.

Christians potential disrespect for God’s name has lead to the society at large more strongly disrespecting God’s name in many cases. From a Dec 2000 Poll from the BBC, almost half of the respondents did not even think that using God’s or Jesus’s name flippantly was considered profanity. And a full 80% thought it was either not profanity or mild profanity, less worse than racial or procreation related vulgarity. But if the Creator God actually exists then you would expect that using his name flippantly would be much worse than any other kind of profanity.

So, what words could be disrespectful to God and how are they categorized? I will list the initial terms/phrases and their derivative “minced words”.

4. Asking to do something for God

“For the Lords sake”: “for Lands sakes”

“For Christ’s sake”: “For crying out loud”

“For the love of Christ”

Jokes with God, Jesus or Heaven in it.

Above all, if you have used these phrases in the past, don’t forget to apologize to God for not treating his name with respect. I’m sure, at least in American society, God would be happy to hear people finally turning and giving him the respect that is due Him.

User Rating: Be the first one !
Share
Previous Gates & GM