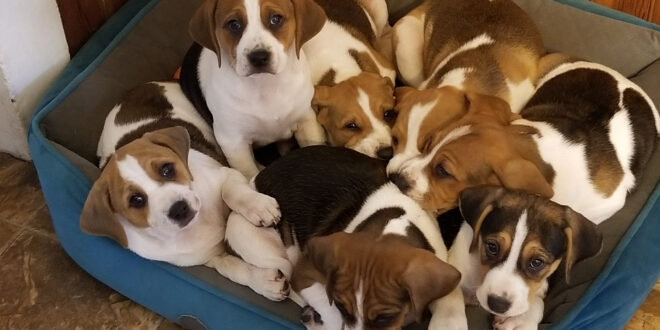 Six weeks after the mother gave birth to the seven pups, the couple put out signs in the front, along the road: “Free Puppies”.

They had given no more attention to the dog when she was pregnant then they had before. There was nothing special about the sandy-colored mix breed in their eyes. She was valuable only to deter folks from trespassing on the couple’s property. When the pups came along they were more a nuisance than anything and the couple wanted to get the pups off their property as soon as possible.

Days and evenings folks dropped in to pick out one of the free pups. But the black and tan boy was overlooked each time. He was the largest pup and his mom had experienced difficulties delivering him. He had a long body, short legs, and a head that looked too big and disproportionate to his wiry-haired longish body. And he looked nothing like his soft-furred siblings.

After his mother weaned him he ate what was left out for his mom, but he wasn’t growing like he should. After a while he wasn’t feeling so good. His mom tried to play with him but he felt too poorly to join her. Soon he was vomiting and his stools had turned yellow and bloody. It got so bad; most of the time he couldn’t perceive where he was or what was going on.

One morning the woman came out, wrapped an old towel around him and laid him roughly in a cardboard box. The woman dropped him off at a place where many animals were kept in pens and cages.

A young man at the new place took the pup into a room of steel and tile. A woman in a white outfit quickly looked the puppy over, then shook her head.

“His Parvo has progressed beyond any treatment options.” She caressed his head, while looking into his large eyes. The pain from his sickness was etched in the fur boy’s expression.

The lady looked at her assistant. “Does he have a name?”

The young man shook his head, and then turned his gaze away from the poor pup. This was a part of his job he found soul bruising. He took in a deep breath and steeled his heart.

She continued to stroke his head and the gravely ill pup’s eyes lost some of that edge the pain had instilled – so wonderful did it feel to be caressed so. Her voice was soft and soothing – the pup’s breathing became less erratic and the look of illness stored in his eyes faded a bit with the please of her ministrations.

The vet asked her assistant to fetch what she needed. The young man winced. He didn’t think he’d ever get used to this — another innocent soul to be put to death.

He turned, quickly clenched his eyelids shut to stop the burning of pent up tears. He gathered the shaver, syringe, and the vial of liquid.

As the vet shaved a spot on the pup’s forearm and prepared the solution, the attendant held the boy pup close, talking softly, petting him gently. In moments it was done. The attendant felt the last breath the pup in his arms gave up – just as the frail body went limp.

He awoke and found himself in tall green grass. He sat up and looked around. He saw dogs and puppies, cats and kittens, playing and relaxing. All of them appeared healthy and happy. Next to a large bridge of many colors he noticed others sat watchfully, eagerly, and he wondered what they were waiting for. Was there something coming across the bridge?

He stood, then padded over to the bridge to see what the others were looking for… Humans!!!  Long lines of them behind a misty rainbow veil. As soon as the humans came into view, the pups and older dogs ran forward to meet them and there was much happiness.

The dogs whimpered of their joy and the humans thanked God for taking such good care of their beloved fur kin. When all the furkin had joined up with their humans the shimmering mist enveloped them and bore them away.

In a short time cats and kittens had gathered at the bridge. As the rainbow mist swirled to life the felines became watchful.

The black and tan pup walked slowly away. He knew no human would come over the bridge for him.

The pup was startled by the voice and he turned a full circle to see who was talking to him. He saw no one, but the air all around him pulsed a silver-gold.

“You will be put to life. To be loved and spoiled. That is what happens to dogs who didn’t have that their first time on Earth. Those of you, who had no human spirit-mate; no heart partner. But you will now! A woman and her son. May you be a blessing, each to the other.”

The pup wagged his tail.

“You will also have a name – Benjamin. Whisper it to them when you are first together and that is what they’ll call you.”

The pup barked and his eyes lit up with hopeful anticipation. Before he could bark again, he was gone.

“I’ll see you later, Benjamin. And you will come back happy, for I know you deserve it!”

On Earth a litter of puppies was born, and one of the boys was named Benjamin.

Kathy is a published author and a good friend of Inspire21.com. She finds inspiration for her novels, short stories, and poems from her family, her job, her life’s experiences — from a diagnosis of cancer, to a diagnosis of life, and from the furry loved ones who share her world. And she thanks God for them all. You can email Kathy at: kappi00@gmail.com

Previous Hoop Dream Comes True
Next One Day I Woke Up