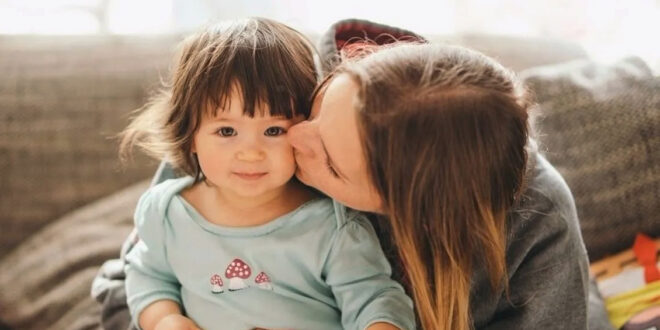 “Each day of our lives we make deposits in the memory banks of our children. ” — Charles R. Swindoll

“No one is poor who had a godly mother” — Abraham Lincoln

“My mother was the making of me.” (Thomas Alva Edison)

“Honor your father and your mother, that your days may be long upon the land which the LORD your God is giving you.” — Exodus 20:12

“If you want your children to turn out well, spend twice as much time with them, and half as much money.” — Abigail Van Buren

“Don’t worry that children never listen to you; worry that they are always watching you.”  (Robert Fulghum)

“The mother’s heart is the child’s schoolroom.”  (Henry Ward Beecher)

“My mother was the most beautiful woman I ever saw. All I am I owe to my mother. I attribute all my success in life to the moral, intellectual and physical education I received from her.” — George Washington

During a Sunday School Class a small boy was told that it is God who makes bad people good. “I know,” said the little boy, “but mothers help a lot, too.” (Milestones)

“What the child says, he has heard at home.” (African Proverb)

“A little girl, asked where her home was, replied, ‘where mother is.'”  (Keith L. Brooks)

“The Joy of Motherhood: What a mother experiences when all her children are in bed.” (Barbara Johnson)

“I remember my mother’s prayer and they have always followed me. They have clung to me all my life.”  (Abraham Lincoln)

“We only have One Mom, One Mommy, One Mother in this World, One life. Don’t wait for the Tomorrow’s to tell Mom, you love her.” (Unknown)

“A man loves his sweetheart the most, his wife the best, but his mother the longest.” (Irish Proverb)

“Never try to make your son or daughter another one of you; one is enough.” (Arnold Glasow)

“A child like your stomach, doesn’t need all you can afford to give it.” (Frank Clark)

“There is but one way to eliminate juvenile delinquency –  that is by providing each child in America with competent parents.” (J. Edgar Hoover)

“Parental permissiveness is the breeding ground for juvenile delinquency. Parents unwilling to exercise self-disciple find it difficult to discipline their children and when they do, their children do not respect them.   This lack of self-discipline is the breeding ground for all activities, and more, to be found under the umbrella of juvenile delinquency.”   (R. Robert Flatt)

“When the shell you live in has taken on the savor of your love… then your house is a home.” (Scott Russell Sanders)

“Andrew, if I should not see you again, I wish you to remember and treasure up some things I have already said to you.  In this world you will have to make your own way.  To do that you must have friends.  You can make friends by being honest and you can keep them by being steadfast.  You must keep in mind that friends worth having will, in the long run, expect as much from you as they give to you. To forget an obligation or be ungrateful for a kindness is a base crime, not merely a fault or a sin, but an actual crime. Men guilty of it sooner or later must suffer the penalty.  In personal conduct be always polite but never obsequious.  None will respect you more than you respect yourself. Avoid quarrels as long as you can without yielding to imposition. But sustain your manhood always.  Never bring a suit in law for assault and battery or for defamation. The law affords no remedy for such outrages that can satisfy the feelings of a true man. Never wound the feelings of others.  Never brook wanton outrage upon your own feelings. If you ever have to vindicate your feelings or defend your honor, do it calmly. If angry at first, wait till your wrath cools before you proceed.” (Last Words to Her 14-Year-Old Son by Elizabeth Hutchinson Jackson -Mother of Andrew Jackson)

“Scotland, with her well-known reverence for motherhood, insists that an ounce of mother is worth more than a pound of clergy.” (H. H. Birkins)

Blessed is the Mother…
Who can hold onto her children while letting them go;
Who puts a tranquil home ahead of an immaculate house;
Who knows a kind act will be remembered longer than an easy word;
Who really believes that prayer changes things;
Whose faith in the future sweetens the present;
Whose Bible never needs dusting; and
Whose sense of humor is alive and well.
— The Promoter

“A mother is a person who seeing there are only four pieces of pie for five people, promptly announces she never did care for pie.” — Tenneva Jordan

“Hundreds of dewdrops to greet the dawn,
Hundreds of bees in the purple clover,
Hundreds of butterflies on the lawn,
But only one mother the wide world over.” — George Cooper

“Being a full-time mother is one of the highest salaried jobs… since the payment is pure love.” — Mildred B. Vermont

“The sweetest sounds to mortals given are heard in Mother, Home, and Heaven.” — William Goldsmith Brown

“A suburban mother’s role is to deliver children obstetrically once, and by car forever after.” — Peter De Vries

“All women become like their mothers. That is their tragedy. No man does. That’s his.” — Oscar Wilde, The Importance of Being Earnest, 1895

“When you are a mother, you are never really alone in your thoughts. A mother always has to think twice, once for herself and once for her child.” — Sophia Loren, Women and Beauty

“Mothers are fonder than fathers of their children because they are more certain they are their own.” — Aristotle

“Mother love is the fuel that enables a normal human being to do the impossible.” — Marion C. Garretty

A MOTHERS MOTTO: “You are only as happy as your unhappiest child.” — Unknown

MOTHER
“M” is for the million things she gave me,
“O” means only that she’s growing old,
“T” is for the tears she shed to save me,
“H” is for her heart of purest gold;
“E” is for her eyes, with love-light shining,
“R” means right, and right she’ll always be,
Put them all together, they spell “MOTHER,”
A word that means the world to me.
— Howard Johnson

Previous The True Story of TAPS
Next Mother’s Day Column