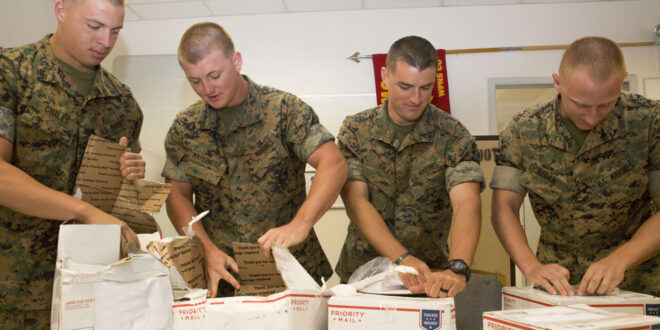 Send A Card – Thank A Soldier!

Something very cool that Xerox is doing… TRUE!

If you go to this web site, www.Letssaythanks.com. You can pick out a thank you card and Xerox will print it and it will be sent to a soldier that is currently serving in Iraq. You can’t pick out who gets the card, but it will go to some member of the armed services. How AMAZING it would be if we could get everyone we know to send one! Please send a card. It’s FREE — and it only takes a second. Wouldn’t it be wonderful if the soldiers received a bunch of these? Whether you are for or against the war, our guys and gals over there need to know we are behind them.

Mike Corrado – The Marine and the Musician
Play the video and listen to his song, “On My Watch Tonight” – click here.

In 1992, Mike Corrado (pictured below) bought his first guitar, learned 3 chords and started writing songs while at The Citadel. He then graduated and joined the Marine Corps to lead our nations finest and see the world. His tours – both of duty and concert – would take him around the world, serving and performing from the North Carolina Coast to Iraq. Along the way, Mike crossed musical paths with Edwin McCain and John Mayer.

Then, on September 11, the world and Mike’s band was forever changed. Mike and his fiancé, a flight medic in the U.S. Air Force Reserve, were mobilized back to active duty. In 2002, Mike continued to train with the Marines and prepare for deployment. He married his wife Kate, who soon after was called to Afghanistan. During all this, Mike penned the song “On My Watch Tonight,” a story of a Marine’s journey from boot camp to the front lines.

In 2004, Mike re-recorded “On My Watch Tonight” and dropped off a copy to Greg Brady at WRHT 96.3 – “The HOT FM” – in North Carolina. “On My Watch Tonight” was posted on the HOT Morning Show’s Web site and began receiving up to 5,000 downloads a week. Calls and e-mails continued to flood the station as military members, family members and fans were downloading the song and sending it to service members and loved ones across the country and deployed around the world. “On My Watch Tonight” was quickly becoming the anthem for U.S. troops deployed around the world and those here at home who keep a watchful eye.

Just days before deploying to Iraq in 2005, Mike released his CD Falling Awake. While in Iraq, he spent a year at Camp Falluja and served with some of the greatest people in the Marine Corps, Army, Navy and Air Force.