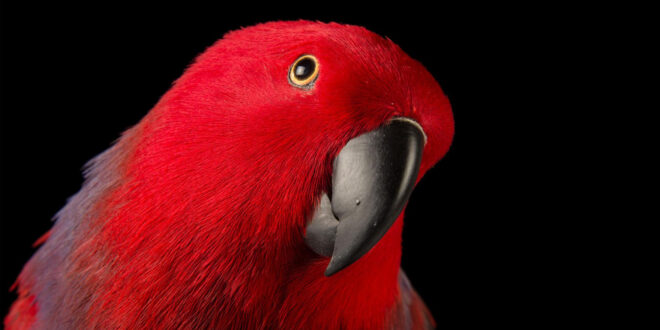 It got to the point that every word out of the bird’s mouth was rude and obnoxious.  Jessie tried and tried to change the bird’s attitude by consistently saying only polite words, playing soft music and anything else she could think of to ‘clean up’ the bird’s attitude and by then ‘foul language.’

Finally, Jessie was fed up and yelled at the parrot. The parrot yelled back. Jessie lost it and shook the parrot. The parrot became uncontrollable and even more rude. Jessie, in desperation, threw up her hands, grabbed the bird and put him in the freezer. For a few minutes the parrot squawked, kicked and screamed.  Then suddenly there was total quiet. Not a peep was heard for over a minute.

Fearing that she’d hurt the parrot, Jessie quickly opened the door to the freezer.

The parrot calmly stepped out onto Jessie’s outstretched arms and said “I believe I may have offended you with my rude language and actions. I’m sincerely remorseful for my inappropriate transgressions and I fully intend to do everything I can to correct my rude and unforgivable behavior.”

Jessie was stunned at the change in the bird’s attitude.

As she was about to ask the parrot what had made such a dramatic change in his behavior, the bird spoke-up, very softly, “May I ask what the turkey did?”

Two robins were sitting in a tree. “I’m really hungry,” said the first one.

“Me too,” said the second. “Let’s fly down and find some lunch.”

They flew to the ground and found a nice plot of plowed ground full of worms. They ate and ate and ate until they could eat no more.

“I’m so full I don’t think I can fly back up to the tree,” said the first one.

“Me neither. Let’s just lay here and bask in the warm sun,” said the second.

They plopped down, basking in the sun. No sooner than they had fallen asleep, when a big fat tomcat snuck up and gobbled them up.

As the cat sat washing his face after his meal, he thought, “I just love ‘Baskin’ Robins.'”

Two owls are playing in the final of the Owl Pool Championship. It comes down to the last frame. One of the owls is just about to play his shot, when his wing accidentally touches a ball.

“Two hits to who?” says the first.

There was a duck who walked into a store and said, “got any candy?”

The storekeeper said, “no, we don’t.”

The next day, the duck walks into the store and asks, “got a hammer?”

The store keeper says, “no.”

Then the duck asks, “got any candy?”

Previous Ed Freeman – Beyond The Call of Duty
Next You Want Heroes?