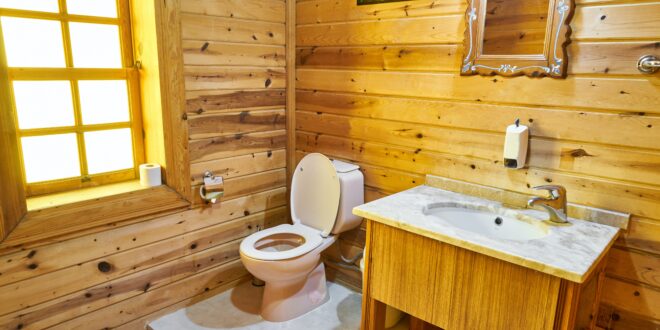 A TRUE STORY By Al Batt

I went off to college with a head full of mush and no money.

I needed a job. If there were no job, there would be no college. I found a part-time job and it was a dandy. It was a dream job-if you were the kind who had a lot of nightmares.

The job I had was cleaning the toilets in a dormitory. I was qualified because I grew up on a farm cleaning up after pigs, cows and chickens. All those animals were much easier to clean up after than were college students.

I didn’t like the job very much, but I needed the money. It was good, honest work and nothing to be ashamed of. Sometimes, I would be working away at my labor on a Sunday afternoon while it seemed like the rest of the world was relaxing and enjoying itself, and I would wonder. I would wonder how I ever came to be involved in such an endeavor. I would wonder why I couldn’t have been born rich and have been able to bypass such menial tasks as scrubbing porcelain while on my knees. Maybe it was meant to be? Maybe it was fate?

My Great-grandfather Sundstrom left Sweden and headed to Iowa many years ago. Why Iowa? To quote a couple of characters in the movie, “Field of Dreams,” “Is this heaven?”

It sounded like heaven to a family struggling just to get by in Sweden.

Great-grandpa Sundstrom accompanied by his wife and five children boarded a boat and floated for days and days before arriving in New York. The voyage was made to seem even longer thanks to the seasickness that visited every family member. Once in New York, they boarded a train and headed towards the state where the tall corn grows. Algona was their destination. My great-grandparents had saved as much money as possible in order to give
themselves a good start once they arrived in Iowa and had begun a new life. They spoke no English, only Swedish, but they had a sponsor in Algona who would be helping them adjust to their new home.

Then an odd thing happened. It was one of those occurrences that leads to an entire change of circumstances that alters lives dramatically. My Great-grandpa Sundstrom needed to use the bathroom on the train. The old toilets on the train had a pretty simple septic system. Whatever went into the toilet, went right out onto the tracks. When my Great-grandpa came out of the bathroom, he discovered that his wallet was missing. He went back to the bathroom and searched for it. It could not be found. There was no doubt that it had fallen onto the tracks. He talked to the conductor about his loss, but the conductor spoke no Swedish.

My great-grandparents were in a country that they knew little or nothing about. They had five children who
needing caring for and they were completely broke. At least they still had their sponsor who had promised my Great-grandpa a job once they arrived in Algona. Great-grandpa had already paid for the train tickets. They spent the trip being hungry. Some kind travelers gave the children crackers and bits of apple.

When they arrived in Algona, they were surprised to find that there was no one waiting for them. They thought that perhaps their wires had become crossed with their sponsor. My great-grandparents had nothing to go by
except the address of their sponsor. They left the railroad depot and walked and walked, slowly making their way to their sponsor’s home. There they were informed that their sponsor had died and along with him, so had the promise of a job.

Oh, and what did my Great-grandfather Sundstrom do for a living that allowed all of his children to lead productive and rewarding lives? What did he do to make it possible for them to go to college?

Al Batt is a husband, father and grandfather who lives on a farm near Hartland, Minnesota. He is a writer, speaker and storyteller. He writes a newspaper column. He does a regular TV and radio show, contributes to many magazines and newspapers.

Previous Church Bulletins
Next John 3:16 – I don’t understand it