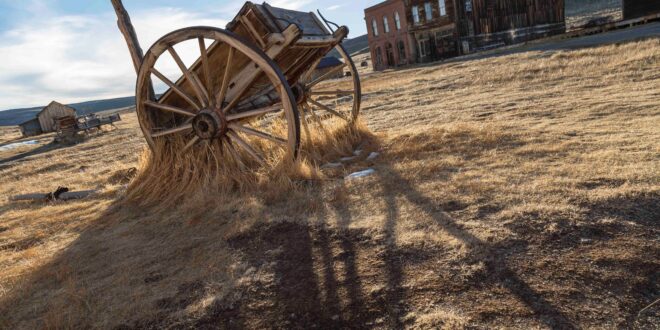 My wife told me the other day that Karen Grassle recently turned 70.

For many of you, that tidbit of information may be meaningless, but it was reminiscent of a television show that put a lot of valuable ideas in my head.

Karen Grassle played the role of Carolyn Ingalls in “Little House on the Prairie,” and along with her husband, Charles Ingalls (played by Michael Landon) and their family, portrayed life in a 19th-century rural setting in the Midwest.

Charles Ingalls is still one of my heroes. He was a man of the outdoors who ranked right up there alongside Daniel Boone. If there was need for meat on the table, he would put it there. He could bring home fresh venison, a mess of fish or a turkey for Christmas dinner when the need arose. He was also a hard-working farmer in the truest sense of the word, but those qualities aside, Charles was a man of integrity and grit. I admired those qualities then and maybe even moreso today.

Many of the lessons taught on that simple television show have stayed with me and are probably worthy lessons for all of us to remember and put into practice in our daily lives.

For example, if your neighbor’s ox is in the ditch, you help him get it out with no expectation of reward. Plainly put, if you see someone in trouble, you help them out with no questions asked. They don’t have to be an acquaintance or friend for this rule to apply. We are all neighbors and need to be mindful that it’s just the right thing to do.

Here are some other noteworthy lessons Charles taught me:

—Always tell the truth, even when it is inconvenient. Liars are forever getting themselves in trouble and untrustworthy people don’t have many true friends.

—Steadfast effort usually equals success in the long run. Our endeavors in reaching a goal may not result in immediate triumph, but unremitting effort will eventually get us to our destination.

—Seemingly complicated problems usually have simple solutions, and most often those solutions are centered around hard work and honesty.

—A person who has a big mouth and wants you to believe they know everything is usually the dumbest person in the room. The person who listens and speaks only rarely is typically the wisest. We need to be the latter.

—Most people haven’t run far enough or hard enough to find out if they have a second wind.

—If it hurts, get tough. Even if the situation is bleak, never give up.

—Live your life in such a way that worrying about what others think never hits your radar. In other words, dance like nobody’s watching. Live joyfully.

—Live your life with positive enthusiasm every day. Remember that a rising tide lifts all boats.

—Failure is a part of living. Go on to the next challenge with no loss of passion. Those who experience failure and give up are doomed to lead a life that is empty.

—Don’t be a whiner or complainer. If you have a problem or see a problem, just roll up your sleeves and fix it.

—Don’t be afraid to get your hands dirty. Hard work won’t kill you.

—It’s OK to say, “I love you” — too many people forget to use those beautiful and meaningful words until it is far too late.

Charles Ingalls handed out many other pearls of wisdom, and most of them were simply taught by the way he lived his life. He didn’t have to say it out loud. You just observed and soaked them up. I’m pretty sure that if more people had watched “Little House on the Prairie” and followed their example, we’d all be happier and the world would be a better place to live.

Article used with permission of author. Published first at: http://onlineathens.com/sports/outdoors/2012-02-28/richardson-little-house-prairie-taught-life-lessons

Previous The old prospector
Next The Five Finger Prayer