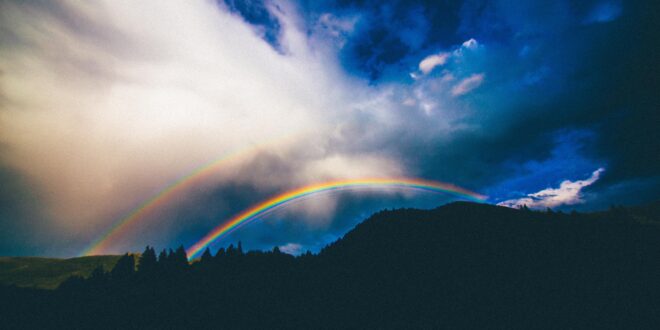 Billy Graham’s daughter, Anne, was being interviewed on the Early Show by Jane Clayson, regarding 9/11/2001. She was asked, “How could God let something like this happen?” Ms. Graham gave an extremely profound and insightful response. She said, “I believe that God is deeply saddened by this, just as we are. But, for years we’ve been telling God to get out of our schools, to get out of our government and to get out of our lives. And being the gentleman that He is, I believe that He has calmly backed out. How can we expect God to give us His blessing and His protection if we demand that He leave us alone?”

This form of rejection seemed to begin when Madeline Murray O’Hare complained she did not want any more prayers in our schools. And we said, “OK.” (Side note: Madeline was murdered, and her corpse was found)

Then, Dr. Benjamin Spock said, “we shouldn’t spank our children when they misbehave, because their little personalities would be warped and we might damage their self-esteem.” And we said, “an expert should know what he’s talking about,” so we said “OK.”

Then, someone said, “teachers and principals better not discipline our children when they misbehave. And the school administrators said no faculty member in this school better touch a student when they misbehave, because we don’t want any bad publicity, and we surely don’t want to be sued.” And we said, “OK.” (Side note: There’s huge difference between disciplining and touching, beating, smacking, humiliating, kicking, etc.)

Then someone said, “let’s let our daughters have abortions if they want, and they won’t even have to tell their parents.” And we said, “OK.”

Then some wise school board member said, “since boys will be boys and they’re going to do it anyway, let’s give our sons all the condoms they want, so they can have all the fun they desire, and we won’t have to tell their parents they got them at school.” And we said, “OK.”

And then someone said, “let’s print magazines with pictures of nude women and call it wholesome, down-to-earth appreciation for the beauty of the female body.” And we said, “OK.”

And then someone else took that appreciation a step further and published pictures of nude children, and then stepped further still by making them available on the Internet. And we said, “OK… they’re entitled to their free speech.”

And then the entertainment industry said, “let’s make TV shows and movies that promote profanity, violence, and illicit sex. And let’s record music that encourages rape, drugs, murder, suicide, and satanic themes.” And we said, “it’s just entertainment, it has no adverse effect, and nobody takes it seriously anyway,” so we said, “OK.”

Now we’re asking ourselves why our children have no conscience, why they don’t know right from wrong, and why it doesn’t bother them to kill strangers, their classmates, and themselves. More than likely, if we think long and hard enough about it, we can figure it out. I think it has a great deal to do with… “WE REAP WHAT WE SOW.”

“Dear God, Why didn’t you save the little girl killed in her classroom?” Sincerely, Concerned Student.

“Dear Concerned Student, I am not allowed in schools.” Sincerely, God.

Funny how simple it is for people to trash God and then wonder why the world’s going to hell.

Funny how we believe what the newspapers say, but question what the Bible says.

Funny how everyone wants to go to heaven, provided they do not have to believe, think, say, or do anything the Bible says.

Funny how someone can say “I believe in God,” but still follow Satan who, by the way, also “believes” in God.

Funny how we are quick to judge, but not to be judged.

Funny how you can send a thousand ‘jokes’ through e-mail and they spread like wildfire, but when you start sending messages regarding the Lord, people think twice about sharing.

Funny how the lewd, crude, vulgar and obscene pass freely through cyberspace, but the public discussion of God is suppressed in the school and workplace.

Funny how someone can be so fired up for Christ on Sunday, but be an invisible Christian the rest of the week.

Funny how, when you go to email a message like this, you will not send it to many on your address list, because you’re not sure what they believe, or what they will think of you for sending it to them.

Funny how I can be more worried about what other people think of me than what God thinks of me.

Pass this on… if you think it has merit. If not, then just discard it. No one will know that you did. But if you discard this meaningful thought process, then don’t sit back and complain about the sinful shape of the world!