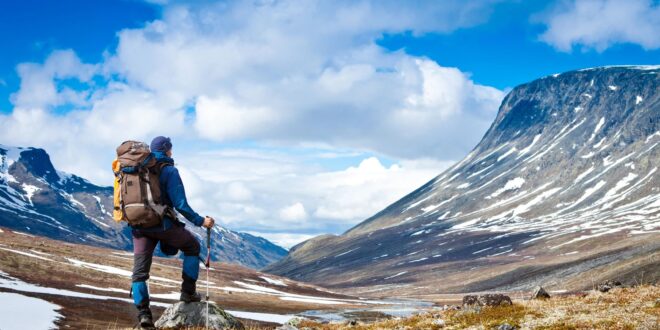 They tell the story of a mountain climber who, desperate to conquer the Aconcagua, initiated his climb after years of preparation. But he wanted the glory to himself, therefore, he went up alone. He started climbing and it was becoming later, and later. He did not prepare for camping, but decided to keep on going.

Soon it got dark. Night fell with heaviness at a very high altitude. Visibility was zero. Everything was black. There was no moon, and the stars were covered by clouds.

As he was climbing a ridge at about 100 meters from the top, he slipped and fell. Falling rapidly he could only see blotches of darkness that passed. He felt a terrible sensation of being sucked in by gravity. He kept falling… and in those anguishing moments good and bad memories passed through his mind. He thought certainly he would die.

But then he felt a jolt that almost tore him in half. Yes! Like any good mountain climber he had staked himself with a long rope tied to his waist. In those moments of stillness, suspended in the air he had no other choice but to shout: “HELP ME GOD. HELP ME!”

All of a sudden he heard a deep voice from heaven… “What do you want me to do?”

“Do you REALLY think that I can save you?”

“Then cut the rope that is holding you up.”

There was another moment of silence and stillness. The man just held tighter to the rope. The rescue team says that the next day they found a frozen mountain climber hanging strongly to a rope…
TWO FEET OFF THE GROUND.

How about you? How trusting are you in that rope? Why don’t you let it go? I tell you, God has great and marvelous things planned for you.

CUT THE ROPE AND SIMPLY TRUST IN HIM.

Previous Run
Next Lighter Side of Eden