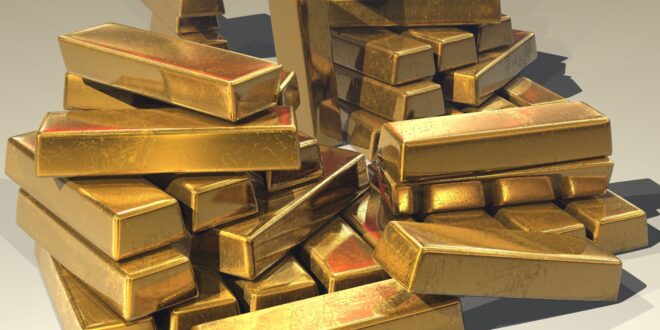 The Richest Man in the World

By Guy Finley (Used with permission)

There was once a small community of people who lived in a remote valley surrounded on all sides by huge, towering mountains. Although the mountains protected the township from the severe weather common to the area, they also prevented the residents from accessing fertile fields located nearby.

One day, a large earthquake jolted the area, and in the aftermath it was discovered that a path had opened up leading to those rich fields. Chaos ensued as individuals and families rushed to the area, hoping to claim the new land as their own.

Sensing a great opportunity for himself in the growing confusion as to ownership of these new lands, the city mayor, a wealthy, crooked, and cunning man, devised a plan. Through clever persuasion he convinced the town council that since these valleys now represented the most fertile land in the area, it only made sense that the wealthiest family should own them. After all, the mayor reasoned, surely the wisest among them would know the best way to divide up the new wealth. The town council, relieved just to have a plan for resolving the problem, agreed to the mayor’s proposal.

The mayor knew quite well his own secret superior financial position, but he also knew that the residents would never take him just on his word. So he had a huge set of scales constructed in the town center, and then sent invitations to those people who wished to vie for the land. They were instructed to bring all their valuable possessions to the town center the next morning for a friendly competition to determine who was the wealthiest.

As the next day dawned, thirty families lined up at the scales, eagerly anticipating the start of the competition. Their carts brimmed with gold and silver coins, precious gems, and various other treasures. One by one, the townspeople poured their belongings on to one side of the giant scales. And one by one, weighing in against the mayor’s riches, they saw their fortunes fail to tilt the scales in their favor.

As the competition was about to close, with his confidence and conceit reaching their peak, the mayor’s glance happened to fall upon the “town fool” standing nearby. This man was a calm fellow, relatively small in stature, and well liked by the people who took the time to know him. With an evil grin the mayor called out, “Hey, Joseph, don’t you want to be in the competition?”

“Oh come on, Joseph, come on. Bring your things up – come on, what have you got?”

“Well then, you get on the scale,” the mayor scoffed. “Come on, you get up there and we’ll see how far YOU tilt the scale!” And with this the crowd began to call upon Joseph to accept the challenge.

A man standing next to Joseph turned to him and said, “Go on, Joe, give them their fun. Besides,” he winked, “you never know what might happen!”

So Joseph walked over and stepped on to the scales. The people gasped at what happened next. Joseph tilted them all the way to the ground! He outweighed the mayor’s riches!

The townspeople looked on in utter disbelief, stunned into silence by what they saw. Their eyes widened and their mouths fell open as voices exclaimed, “Did that just…? Did you…? How… ? What in the world just happened?”

And the man who was Joseph’s close friend said to those who could hear him, “The real wealth of a man is his character.”

Guy Finley is he director of The Life of Learning Foundation, an online nonprofit organization.  Its foremost purpose is to help individuals realize their True Relationship with Life through higher self-studies. So be of good cheer!  You are not alone in your quest for a new life. Visit Life of Learning at www.guyfinley.com

Previous Forgive me, Lord
Next Pennies from Heaven