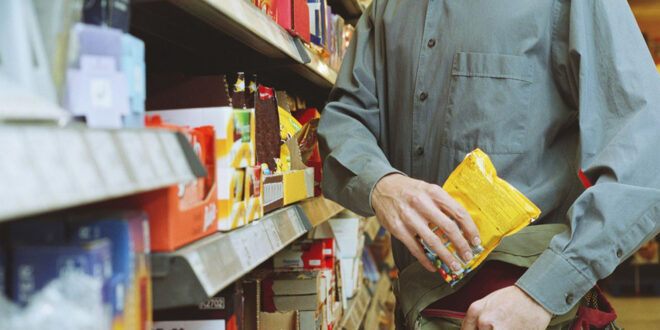 Both boys were well behaved in school and brought home mostly A’s on their report cards all through grade school.

So they did what many boys do when they’re hungry and have no food – they stole. From the time they were five until they were well out of high school, the boys stole. They stole crackers from the cupboard in the middle of the night… they stole cookies from the grocery store… and they stole sandwiches from the sandwich shop.

If it wasn’t nailed down and was worth something, Michael and Chris would find a way to steal it. They even stole money from their parents from time to time. But more often than not, they stole to satisfy their hunger.

When it was time for Michael and Chris to attend high school, they were bused across town to Kennedy High School. It was during high school that something happened that made Chris decide to change his behavior. At the end of his freshman year in high school, Chris had received three A’s and three F’s on his report card – the first time he had failed anything in school.

Because Kennedy High School only allowed three failures over four years, one more F and Chris would be kicked out of school. That’s when he made up his mind to change. Years later Chris would recall that defining moment in his life with these words:

“I sat outside my house at the beginning of that summer knowing that I was letting my chance slip away. One more F and I’d be just another high school dropout, hanging around the neighborhood, hoping to get on with the county or to get into the service.

“At the time I didn’t know my brother Rusty would end up in prison… or that my brother Harold would die without having seen much of the world. I certainly didn’t know what would happen to Michael. I only knew that I had to get out of there. I wanted to see San Francisco every day, to pick out my own clothes, drive my own car, and be whatever a man could hope to be, not just a black man, not just a man from the flats of Richmond. I wanted no limitations. I wanted to be whatever a man could hope to be.”

Chris’ decision to change his behavior wasn’t an easy one. He took a lot of grief from his friends for choosing to excel in school, instead of squeaking by with C’s and D’s. But that decision to change took him in an entirely different direction from his brother Michael, who resisted changing his unproductive behavior.

Chris went on to graduate from high school… graduate from college… and graduate from law school. For 15 years he worked as a Deputy District Attorney in Los Angeles, California, prosecuting murderers, drug dealers, gang members and crooked cops. Today Chris is better known as Christopher. You probably recognize him by his full name – Christopher Darden, one of the lead prosecutors in the trial of the century, the O. J. Simpson trial!

What became of Christopher’s brother, Michael? After high school Michael joined the army and returned to his hometown shortly after his tour of duty. Back in Richmond, Michael continued his pattern of anti-social behavior – hustling in the streets… and stealing to support himself and a growing drug habit. On November 29, 1995, Michael Darden died at the age of 42… from AIDS.

This story of triumph and tragedy serves to remind us that when it’s all said and done, who we are and what we become is determined by the choices we make.

That’s what the saying “change… or be changed” is all about. Christopher Darden changed. He changed from being a criminal… to prosecuting criminals.

He changed his attitude from being angry and sullen… to being open and accepting.

He changed from an underachiever… to an honor student who took responsibility for his grades and his education.

He changed from a disillusioned teen-ager with low self-esteem… to an optimistic young man determined to turn his dreams into reality.

Christopher Darden made the tough choices… he made the changes in his life that helped him accomplish his dreams.

His brother Michael, on the other hand, took the easy way out – or at least what he thought was the easy way out. He kept hanging around the same group of loser friends… he kept practicing the same self-destructive habits. As a result of the changes they did or did not make, both men chose their fates: Christopher chose to became a successful prosecutor. And Michael chose to become just another sad story of the streets.

When it’s all said and done, you have a choice.

You can choose to become Michael.

Or you can choose to become Christopher.

You can continue to do the things that will lead to frustration and unhappiness.

Or you can make the changes that help you get what you want most out of life.

*Excerpted from the book, “You, Inc.” by Burke Hedges and Steve Price – Used with permission.

User Rating: Be the first one !
Share
Previous Nothing Beats Family
Next The Thing I Value Most