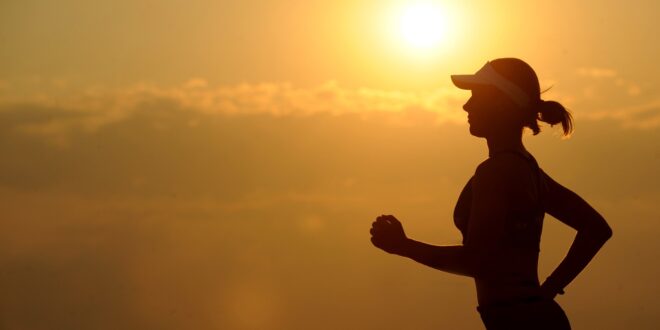 During the 2008 Washington State 4A track and field championship, Andrea Nelson, a Laurel in the Woodridge Ward, Spokane Washington North Stake, received her best time in the 3,200-meter race. Although it was Andrea’s best time, her second-place finish was still seconds behind the event winner, a senior from another school and the defending state champion.

Within a few minutes after the event, the judges made a ruling that left runners, spectators, and coaches confused. The first-place runner was disqualified due to officials believing she had taken three consecutive steps on the inside line of the track. As the announcement was made, many were upset because of the clear and fair win the first-place athlete had earned.

As the award ceremony took place, Andrea received the first place award, but she said that wasn’t the way she wanted to win the state championship. At the conclusion of the award ceremony, Andrea hopped off the podium and ran over to the first-place finisher. She took her medal and placed it around the neck of the disqualified first-place runner, telling her she was the one that deserved the medal.

After Andrea gave her medal away, the second-place finisher decided to do the same. She took her medal and placed it around Andrea’s neck, giving her the second-place title. Each of the top eight medalists, one by one, placed her medal around the runner who placed directly before her until each of other top finishers had a medal.

Andrea’s example of good sportsmanship carried on throughout the state track meet. Ten days after the meet, the Washington Interscholastic Athletic Association ruled the disqualification void, and declared the first-place finisher the official winner of the 3,200 meter race. They announced that she had been mistaken for her teammate who had stepped outside the boundaries.

Andrea had done what she felt was the right thing to do. Despite the chance to be a state champion, she decided that doing what felt right was more important the being Number One.

During the next cross-country season in November of 2008, Andrea went on to win the Washington State cross-country 3A championship, a title she had received the year before. Andrea’s good example of sportsmanship, integrity, and values echoes the 2009 Mutual theme found in 1 Timothy 4:12: “Be thou an example of the believers, in word, in conversation, in charity, in spirit, in faith, in purity.”

Marianne Holman is a staff writer and photographer for The Church News, a website for the Church of Jesus Christ of Latter-Day Saints, located in Salt Lake City, Utah.