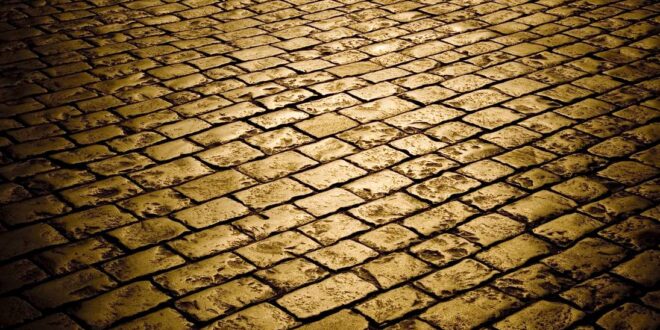 You can take it with you

There once was a rich man who was near death. He was very grieved because he had worked so hard for his money and wanted to be able to take it with him to heaven. So he began to pray that he might be able to take some of his wealth with him.

An angel heard his plea and appeared to him. “Sorry, but you can’t take your wealth with you.”

The man begged the angel to speak to God to see if He might bend the rules. The man continued to pray that his wealth could follow him.

The angel reappeared and informed the man that God had decided to allow him to take one suitcase with him. Overjoyed, the man gathered his largest suitcase and filled it with pure gold bars and placed it beside his bed.

Soon afterward, he died and showed up at the gates of heaven to greet St. Peter.

St. Peter, seeing the suitcase, said, “Hold on, you can’t bring that in here!”

The man explained to St. Peter that he had permission and asked him to verify his story with the Lord.

Sure enough, St. Peter checked it out, came back and said, “You’re right. You are allowed one carry-on bag, but I’m supposed to check its contents before letting it through.”

St. Peter opened the suitcase to inspect the worldly items that the man found too precious to leave behind and exclaimed, “You brought pavement?”

“The great street of the city of heaven was of pure gold.”
– Revelation 21:21

User Rating: 3.25 ( 2 votes)
Share
Previous Tales of a Teacher: Terraces
Next LESSONS from the GEESE