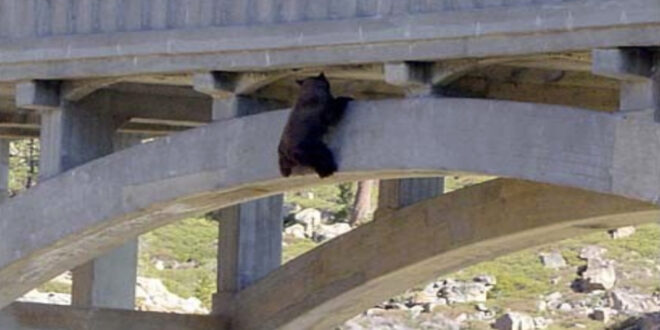 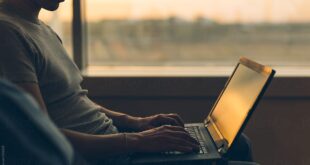 Labeling can be disabling

This black bear was strolling across Rainbow Bridge, near Truckee in Nevada County, California, USA, when two cars crossed the bridge at the same moment. This spooked the bear to such an extent that it jumped over the rail and luckily caught the ledge below and then managed to haul himself to safety. Nothing could be done that evening and when the authorities arrived the next morning the bear was sound asleep on the narrow ledge. Then began a quite amazing rescue.
The photo at the top is the big Black Bear, weighing approximately 250 lbs, holding on precariously and for dear life.

The bear became frightened as it was crossing the bridge when two cars drove past. It jumped over the bridge’s rail and became stranded. The bear remained there for almost 24 hours.

Locals attempt a rescue by lowering a nylon net, bought from a nearby army surplus store, as the bear watches fearfully. About 100 people arrived at the bridge to see the rescue.

The rescuers shoot the bear with a tranquilizer dart before using a pole to push it into the safety net.

One of the local rescuers abseils from the bridge to ensure everything goes smoothly as the bear is lowered to the ground.

Finally the bear tumbles out of the net and sets off determinedly into the hills and mountains near to the ski resort at Lake Tahoe.

Don’t ya love a happy ending? If so, please share this story with others.