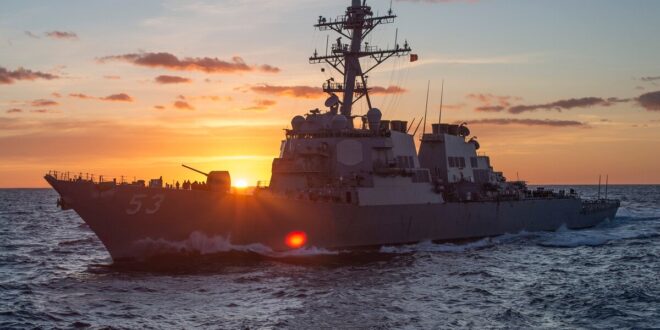 No eloquence can match the impact of their evil. Americans’ critical weakness in the past two decades has been their reluctance to shed blood for their goals. They believed they could construct a huge military and never have it fight real wars and suffer real casualties. They thought they could alter history and advance their interests from the air alone. With the exception of the Gulf War, which they hesitated to finish, they have shrunk from the fight. When the current enemy struck again and again throughout the 1990s, Bill Clinton responded without real credibility, struck back without real endurance, enraged the terrorists without truly hurting them.

We are now living with the consequences of his appeasement, and of his refusal to challenge Americans beyond what the polls said they already wanted to do. Whoever launched this war on Americans has now accomplished the task Clinton didn’t dare embark on. America has been bloodied as it has never been bloodied before.

I would be a fool to predict what happens next. But it is clear that Bush will not do a Clinton. This will not be a surgical strike. It will not be a gesture. It may not even begin in earnest soon. But it will be deadly serious. It is clear that there is no way that the United States can achieve its goals without the cooperation of many other states – an alliance as deep and as broad as that which won the Gulf War. It is also clear that this cannot be done by airpower alone. As in 1941, the neglect of the military under Bill Clinton and the parsimony of its financing even under Bush must now not merely be ended but reversed. We may see the biggest defense build-up since the early 1980s – and not just in weaponry but in manpower. It is also quite clear that the U.S. military presence in the Middle East must be ramped up exponentially, its intelligence overhauled, its vigilance heightened exponentially. In some ways, Bush has already assembled the ideal team for such a task: Powell for the diplomatic dance, Rumsfeld for the deep reforms he will now have the opportunity to enact, Cheney as his most trusted aide in what has become to all intents and purposes a war cabinet.

The terrorists have done the rest. The middle part of the country – the great red zone that voted for Bush – is clearly ready for war. The decadent Left in its enclaves on the coasts is not dead – and may well mount what amounts to a fifth column. But by striking at the heart of New York City, the terrorists ensured that at least one deep segment of the country, ill-disposed toward a new president, is now the most passionate in his defense. Anyone who has ever tried to get one over on a New Yorker knows what I mean. The demons who started this have no idea about the kind of people they have taken on.

But what the terrorists are counting on is that Americans will not have the stomach for the long haul. They clearly know that the coming retaliation will not be the end but the beginning. And when the terrorists strike back again, they have let us know that the results could make the assault on the World Trade Center look puny. They are banking that Americans will then cave. They have seen a great country quarrel to the edge of constitutional crisis over a razor-close presidential election. They have seen it respond to real threats in the last few years with squeamish restraint or surgical strikes. They have seen that, as Israel has been pounded by the same murderous thugs, the United States has responded with equanimity. They have seen a great nation at the height of its power obsess for a whole summer over a missing intern and a randy Congressman. They have good reason to believe that this country is soft, that it has no appetite for the war that has now begun. They have gambled that in response to unprecedented terror, the Americans will abandon Israel to the barbarians who would annihilate every Jew on the planet, and trade away their freedom for a respite from terror in their own land.

We cannot foresee the future. But we know the past. And that past tells us that these people who destroyed the heart of New York City have made a terrible mistake. This country is at its heart a peaceful one. It has done more to help the world than any other actor in world history. It saved the world from the two greatest evils of the last century in Nazism and Soviet Communism. It responded to its victories in the last war by pouring aid into Europe and Japan. In the Middle East, America alone has ensured that the last hope of the Jewish people is not extinguished and has given more aid to Egypt than to any other country. It risked its own people to save the Middle East from the pseudo-Hitler in Baghdad. America need not have done any of this. Its world hegemony has been less violent and less imperial than any other comparable power in history. In the depths of its soul, it wants its dream to itself, to be left alone, to prosper among others, and to welcome them to the freedom America has helped secure.

But whenever Americans have been challenged, they have risen to the task. In some awful way, these evil thugs may have done us a favor. America may have woken up forever. The rage that will follow from this grief and shock may be deeper and greater than anyone now can imagine. Think of what the United States ultimately did to the enemy that bombed Pearl Harbor. Now recall that American power in the world is all but unchallenged by any other state. Recall that America has never been wealthier, and is at the end of one of the biggest booms in its history. And now consider the extent of this wound – the greatest civilian casualties since the Civil War, an assault not just on Americans but on the meaning of America itself. When you take a step back, it is hard not to believe that we are now in the quiet moment before the whirlwind. Americans will recover their dead, and they will mourn them, and then they will get down to business. Their sadness will be mingled with an anger that will make the hatred of these evil fanatics seem mild.

I am reminded of a great American poem written by Herman Melville, after the death of Abraham Lincoln, the second founder of the country:

Previous What The Judge Told The “Shoe Bomber” – True
Next A German Navy Salute to U.S.A.