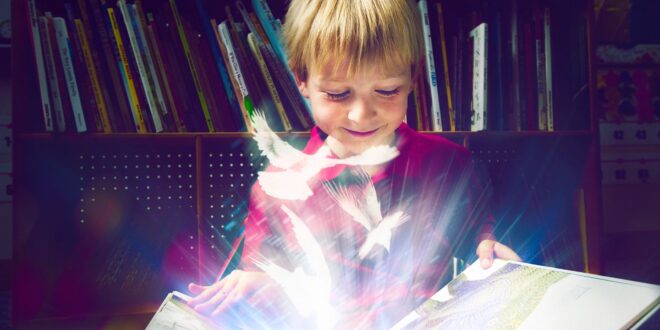 The Sunday School lesson for the first graders was on the plan of
salvation. The teacher asked, “If I sold my house and my car, had
a big garage sale, and gave all my money to the church, would I
get into heaven?”

“No!” all the children answered.

“If I cleaned the church every day, mowed the yard, and kept
everything neat and tidy, would I get into heaven?”

“Well,” she continued, “then how can I get to heaven?”

A little girl was talking to her teacher about whales. The
teacher said it was physically impossible for a whale to swallow
a human because even though it was a very large mammal its throat
was very small.

The little girl stated that Jonah was swallowed by a whale.
Irritated, the teacher reiterated that a whale could not swallow
a human; it was physically impossible.

The little girl said, “When I get to heaven I will ask Jonah”.
The teacher asked, “What if Jonah went to hell?” The little girl
replied, “Then you ask him.”

A Kindergarten teacher was observing her classroom of children
while they drew. She would occasionally walk around to see each
child’s work.

As she got to one little girl who was working diligently, she
asked what the drawing was? The girl replied, “I’m drawing God.”
The teacher paused and said, “But no one knows what God looks
like.” Without missing a beat, or looking up from her drawing,
the girl replied, “They will in a minute.”

A Sunday school teacher was discussing the Ten Commandments with
her five and six year olds. After explaining the commandment to
“honor” thy Father and thy mother,” she asked, “is there a
commandment that teaches us how to treat our brothers and
sisters?” Without missing a beat one little boy (the oldest of
a family) answered, “Thou shalt not kill.”

An honest seven-year-old admitted calmly to her parents that
Billy Brown had kissed her after class. “How did that happen?”
gasped her mother.

“It wasn’t easy,” admitted the young lady, “but three girls
helped me catch him.”

One day a little girl was sitting and watching her mother do the
dishes at the kitchen sink. She suddenly noticed that her mother
has several strands of white hair sticking out in contrast on her
brunette head.

She looked at her mother and inquisitively asked, “Why are some
of your hairs white, Mom?” Her mother replied, “Well, every time
that you do something wrong and make me cry or unhappy, one of
my hairs turns white.”

The little girl thought about this revelation for a while and
then said, “Momma, how come ALL of grandma’s hairs are white?”

A three-year-old went with his dad to see a litter of kittens.
On returning home, he breathlessly informed his mother that
there were two boy kittens and two girl kittens. “How did you
know?” his mother asked.

“Daddy picked them up and looked underneath,” he replied. “I
think it’s printed on the bottom.”

In honor of graduation time, this is a funny quiz consisting
of 4 questions that tells whether you are qualified to be a
“professional.” Try it, you’ll like it!

1. How do you put a giraffe into a refrigerator?
The correct answer is:
Open the refrigerator, put in the giraffe and close the door.

This question tests whether you tend to do simple things in
an overly complicated way.

Correct Answer:
Open the refrigerator, take out the giraffe, put in the
elephant and close the door.

This tests your ability to think through the repercussions
of your actions.

3. The Lion King is hosting an animal conference, all of the
animals attend except one. Which animal does not attend?
Correct Answer:
The elephant. The elephant is in the refrigerator.

This tests your memory.

Okay… even if you did not answer the first three questions
correctly, you still have one more chance to show your ability.

4. There is a river that you must cross. But, it is inhabited
by crocodiles. How do you manage it?
Correct Answer:
You swim across. All of the Crocodiles are attending the
Animal Meeting!

This tests whether you learn quickly from your mistakes.

A little child in church for the first time watched as the ushers
passed the offering plates. When they neared the pew where he sat,
the youngster piped up so that everyone could hear: “Don’t pay for
me Daddy, I’m under five.”

A little boy was attending his first wedding. After the service,
his cousin asked him, “How many women can a man marry?” “Sixteen,”
the boy responded. His cousin was amazed that he had an answer so
quickly. “How do you know that?” “Easy,” the little boy said.
“All you have to do is add it up, like the Bishop said:
4 better, 4 worse, 4 richer, 4 poorer.”

After a church service on Sunday morning, a young boy suddenly
announced to his mother, “Mom, I’ve decided to become a minister
when I grow up.” The mother replied, “That’s okay with us, but
what made you decide that?” “Well,” said the little boy, “I have
to go to church on Sunday anyway, and I figure it will be more
fun to stand up and yell, than to sit and listen.”

A boy was watching his father, a pastor, write a sermon.” How do
you know what to say?” he asked. “Why, God tells me.” “Oh, then
why do you keep crossing things out?”

A little girl became restless as the preacher’s sermon dragged
on and on. Finally, she leaned over to her mother and whispered,
“Mommy, if we give him the money now, will he let us go?”

Pastor Dave Charlton tells us, “After a worship service at First
Baptist Church in Newcastle, Kentucky, a mother with a fidgety
seven-year old boy told me how she finally got her son to sit
still and be quiet. About half way through the sermon, she leaned
over and whispered, ‘If you don’t be quiet, Pastor Charlton is
going to lose his place and will have to start his sermon all
over again!’ It worked.”

A little girl was sitting on her grandfather’s lap as he read her
a bedtime story. From time to time, she would take her eyes off
the book and reach up to touch his wrinkled cheek. She was
alternately stroking her own cheek, then his again. Finally she
spoke up, “Grandpa, did God make you?” “Yes, sweetheart,” he
answered, “God made me a long time ago.” “Oh,” she paused…
“Grandpa, did God make me too?” “Yes, indeed, honey,” he said,
“God made you just a little while ago.” Feeling their respective
faces again, she observed, “God’s getting better at it, isn’t he?”

Previous Christian One Liners
Next Idiots All Over