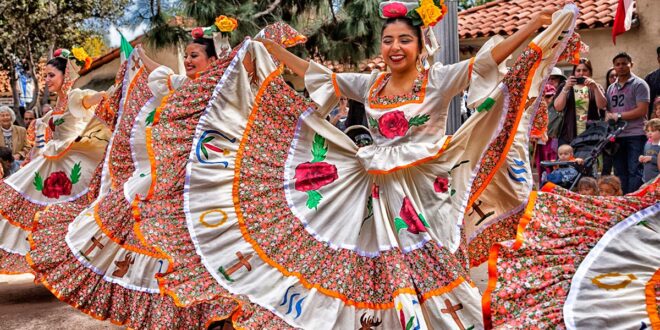 Cinco de Mayo, or the 5th of May, is a holiday that celebrates the date of the Mexican Army’s May 5, 1862 victory over France at the Battle of Puebla during the Franco-Mexican War. The day, which falls on Tuesday, May 5 in 2020, is also known as Battle of Puebla Day. While it is a relatively minor holiday in Mexico, in the United States, Cinco de Mayo has evolved into a commemoration of Mexican culture and heritage, particularly in areas with large Mexican-American populations.

Cinco de Mayo is not Mexican Independence Day, a popular misconception. Instead, it commemorates a single battle. In 1861, Benito Juárez—a lawyer and member of the indigenous Zapotec tribe—was elected president of Mexico. At the time, the country was in financial ruin after years of internal strife, and the new president was forced to default on debt payments to European governments.

France, however, ruled by Napoleon III, decided to use the opportunity to carve an empire out of Mexican territory. Late in 1861, a well-armed French fleet stormed Veracruz, landing a large force of troops and driving President Juárez and his government into retreat.

The Battle of Puebla

Certain that success would come swiftly, 6,000 French troops under General Charles Latrille de Lorencez set out to attack Puebla de Los Angeles, a small town in east-central Mexico. From his new headquarters in the north, Juárez rounded up a ragtag force of 2,000 loyal men—many of them either indigenous Mexicans or of mixed ancestry—and sent them to Puebla.

The vastly outnumbered and poorly supplied Mexicans, led by Texas-born General Ignacio Zaragoza, fortified the town and prepared for the French assault. On May 5, 1862, Lorencez gathered his army—supported by heavy artillery—before the city of Puebla and led an assault.

Previous Think You’re Having A Bad Day?
Next Self-Quarantine