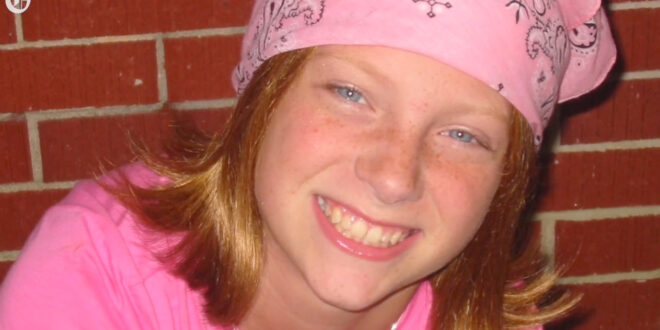 My poem, The Dash, is based on that little line on a tombstone, between the dates of birth and death. Ultimately, that dash is a symbol which represents every day we’ve spent alive on earth. Therefore, how you spend your “dash” is all that really matters. Following is an amazing story about someone whose dash truly made a difference.

Recently I heard about a little girl named Hope Stout (pictured above). After learning more about her life, I couldn’t help but feel it was not by coincidence, nor happenstance, that she had been named “Hope.” It had to be attributed to fate. The compassion and generosity housed in her young heart made a lasting impression on me and countless others, and her legacy of love continues to bless lives every day. Though I never had the opportunity to meet her, I wish I had. It seems as though she was wise beyond her tender years and very, very special. When I tell people her story, I always say, “if this doesn’t inspire you, I don’t think there’s much that could…”

Hope was a twelve-year old girl who was offered a “wish” in early December 2003 by the “Make-A-Wish” Foundation after being informed that she had a rare type of bone cancer. However, when she found out that more than 150 children in her area were waiting for their wishes to be granted, she unselfishly used her wish to ask that those children have their wishes granted. She also asked that it be done by January 16, 2004. Unfortunately, however, the organization informed her that her noble request could not be granted as the funds were simply unavailable. They calculated that they would need to raise more than one million dollars in thirty days in order to grant her wish. Disappointed, but not discouraged, she turned her dismay into an enthusiasm that inspired caring individuals to spearhead fundraising to help grant the wishes of the other children, and eventually hers as well. Newspaper columnists and reporters for radio and TV stations shared the story of this caring young girl who had touched the hearts of so many and as word spread, the community was challenged. Committees were formed and schools, corporations and various organizations assisted in raising money to help bring Hope’s dream to fruition.

Though she lost her battle in 2004, knowing that her wish was going to come true, Hope lives on. Her heartfelt efforts were not in vain as they continue to help others, not only physically, but spiritually and emotionally as well. At the initial fundraiser and gathering to celebrate her life, “A Celebration of Hope” on January 16, 2004, the announcement was made that they had indeed received donations totaling more than one million dollars on behalf of Hope Stout. Her wish had been granted!

The poem by Linda Ellis

I read of a man who stood to speak at the funeral of a friend. He referred to the dates on the tombstone from the beginning… to the end.

He noted that first came the date of birth and spoke of the following date with tears, but he said what mattered most of all was the dash between those years.

For that dash represents all the time they spent alive on earth and now only those who loved them know what that little line is worth.

For it matters not, how much we own, the cars… the house… the cash. What matters is how we live and love and how we spend our dash.

So think about this long and hard; are there things you’d like to change? For you never know how much time is left that still can be rearranged.

To be less quick to anger and show appreciation more and love the people in our lives like we’ve never loved before.

If we treat each other with respect and more often wear a smile… remembering that this special dash might only last a little while.

So when your eulogy is being read, with your life’s actions to rehash, would you be proud of the things they say about how you lived your dash?

We invite you to share the poem. Please include this credit line: By Linda Ellis, Copyright © 2020 Inspire Kindness, Visit: thedashpoem.com

User Rating: Be the first one !
Share
Previous Lesson in Leadership
Next New Jersey Fire Truck