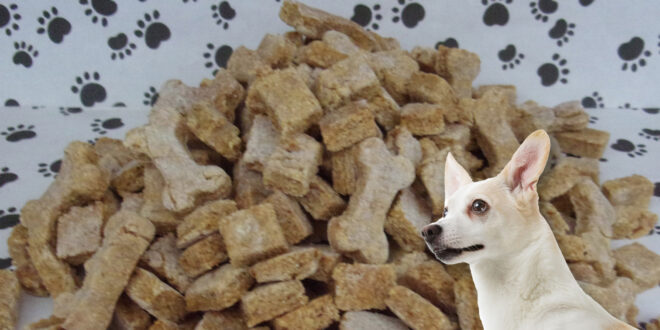 PLEASE READ AND SHARE THIS WITH ANYONE WHO HAS DOGS, ESPECIALLY SMALL DOGS – Another dangerous dog treat – from China. And it’s all natural.

Bella became suddenly ill ,and now hospitalized with her life threatened due to Smoke House Chicken Tenders.I recently purchased at Pet Smart. It doesn’t matter where you purchase them, just don’t purchase them.

This was the first time I bought the Smoke House treats. Having read the label, it was listed as all natural, no additives, dyes etc. The treats were purchased on or about August 17. She loved them and I was happy because she typically only likes one treat. By August 23 she vomited bile, and again on August 24. Her personality began to change becoming lethargic, wanting to stay in her bed, loss of appetite. excessive drinking, urinating frequently in excessive amounts. urine became orange like in color. By August 28 she was severely dehydrated and lost one of her three pounds.

Sugar was found in her urine which would typically indicate diabetes. Bella was put on IV and given an antibiotic to take while tests were being done over Labor Day weekend.

Test results showed “irregularity in the lower part of her kidney. Possibly a hole in the kidney because of the malfunction.

By today Sept 7, she was no better and very low on energy and interest in being around anyone. I brought the package of Smoke House Chicken Tenders with me to the vet because it was the only thing that was different in her diet.

My wonderful vet, a graduate of Cornell University searched the Cornell Veterinarian site where veterinarians report unusual cases which are tracked. The search was done by symptoms. A second search by chicken treats. There were numerous cases on the Cornell University Veterinarian web site, all with the same symptoms, test results and yes, related to chicken tender treats made in China. Never did it cross my mind that this product was made in China. When Dr. didn’t find complete listing of ingredients on the package he called the number listed on the back of the package identifying himself and asked for ingredients to help understand what was happening to my pet. The only thing the person on the phone with a strong Chinese accent was “all natural, all natural”. Sure enough looking at the small print on the bottom back of the package is “product of China”, the same source of other products that have been killing our pets. I sat beside my vet and read along with him.

Following are primary repeated findings:
-severe damage to the kidney often resulting in complete renal failure and death
-numerous reports in the past four to five weeks, a larger number on the East Coast
-chicken and beef treats promoted as all natural
-it does not matter what the label is, if it is a product of China
-if caught early enough, hospitalized on IV hydrating and flushing the kidney over days with nutrients may help the kidney heal itself and the pet could then live with the damaged kidney
-if not caught early complete renal failure is expected
-most cases reported are related to small dogs
-initial symptoms indicate diabetes
-mold is often found when flushing the kidney (found in Bella)

I have been in touch with Pet Smart requesting them to help get the ingredients. Time is lost analyzing the food. Today a vet at Cornell purchased a bag after reading the report my Vet posted on Bella. He then contacted my vet to say the bag he bought had mold in it despite an expiration date one year from now. I was asked to look closely at whatever was left in my bag, but saw none.

After Bella was admitted to the vet I went directly to Pet Smart in Nanuet NY, told the Manager what happened and asked her to assist getting the ingredients identified. I was met with a hostile attitude. She was only interested in getting my name because she felt I was going to file a complaint. The person at PS headquarters responsible for knowing food ingredients at Pet Smart headquarters is trying to help.

The information available to vets on the Cornell web site is not public information. No one seems to be aware of this. Dogs are misdiagnosed

Allan and I are hoping and praying.

The American Veterinary Medical Association appears to be taking it seriously, as evidenced by this 14 September 2007 press release: AVMA WARNS OF POTENTIAL NEW THREAT TO PETS…

Schaumburg, Ill. — The American Veterinary Medical Association (AVMA) has recently been made aware of several complaints from pet owners and veterinarians that multiple brands of jerky treats manufactured in China have been making pets sick. Symptoms of illness have included vomiting, diarrhea, and lethargy. To our knowledge, no deaths have been reported.

The Food and Drug Administration (FDA) is currently testing these treats to see if a contaminant can be found. So far, they have ruled out melamine, one of the chemicals that led to the massive pet food recall this spring, but have yet to identify anything that might be making pets sick.

While a list of brand/product names of affected treats is not yet available, the AVMA has learned that all complaints have involved jerky treats from China. We recommend that pet owners use their best judgment in this matter.

Red Flannel: Large Breed Adult Formula dry dog food, and the other about melamine having been found in Chicken Jerky Strips manufactured by Import-Pingyang Pet Products Co. and Chicken Jerky manufactured by Shanghai Bestro Trading. (The two jerkies were vended at Wal-Mart, and on 22 August 2007 – Wal-Mart issued a statement that it had pulled both those products from its shelves.)

On 26 September 2007, the Food and Drug Administration issued a warning about chicken jerky treats, saying it had fielded more than 70 complaints involving more than 95 dogs who became ill after eating these products. The agency noted, however, that it had not yet established a definitive link between the reported canine illnesses and the chicken jerky products.

To date, FDA has not been able to determine a definitive cause for the reported illnesses. FDA has conducted extensive chemical and microbial testing but has not identified any contaminant. Many of the illnesses reported may be the result of causes other than eating chicken jerky.

The FDA is advising consumers who choose to feed their dogs chicken jerky products to watch their pooches closely for any signs of decreased appetite, decreased activity, increased water consumption, increased urination, vomiting and/or diarrhea; and, if the dog shows any of these signs, to discontinue feeding the chicken jerky product. The signs of illness may occur within hours to days of feeding the product. Owners should consult their veterinarian if signs are severe or persist for more than 24 hours.

I, too, had a serious problem with ‘China Made’ Chicken Jerky Strips for my dog. She suffered major indigestion and was diagnosed as having a kidney issue. As soon as we got her off of these treats, she came around to acting like her old self… Thank God. – Pete B. Inspire21 editor

VERIFIED AS TRUE! Learn more at Snopes.com
If you pass this on to others, you could possibly save someone from a lot of pain and suffering. Please use the ‘SHARE’ button (lower left) to email or share this message with your ‘social network.’ Thank you!