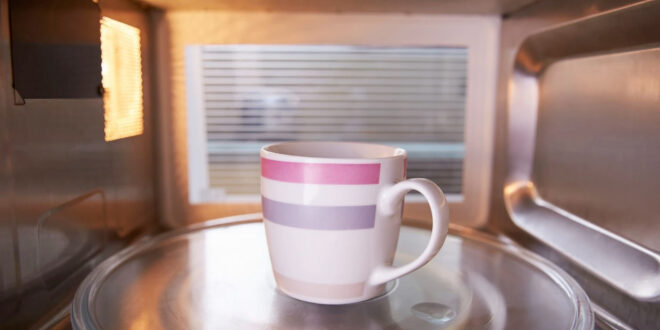 DO NOT HEAT WATER ALONE IN A MICROWAVE!

A 26-year old man decided to have a cup of coffee. He took a cup of water and put it in the microwave to heat it up (something that he had done numerous times before). I am not sure how long he set the timer for, but he wanted to bring the water to a boil. When the timer shut the oven off, he removed the cup from the oven. As he looked into the cup, he noted that the water was not boiling, but suddenly the water in the cup ‘blew up’ into his face. The cup remained intact until he threw it out of his hand, but all the water had flown out into his face due to the build up of energy. His whole face is blistered and he has 1st and 2nd degree burns to his face which may leave scarring.

He also may have lost partial sight in his left eye. While at the hospital, the doctor who was attending to him stated that this is a fairly common occurrence and water (alone) should never be heated in a microwave oven. If water is heated in this manner, something should be placed in the cup to diffuse the energy such as a wooden stir stick, tea bag, etc… but nothing metal.

Thanks for contacting us, I will be happy to assist you. The e-mail that you received is correct.  Microwaved water and other liquids do not always bubble when they reach the boiling point. They can actually get ‘superheated’ and not bubble at all. The superheated liquid will bubble up out of the cup when it is moved or when something like a spoon or tea bag is put into it.

To prevent this from happening and causing injury, do not heat any liquid for more than two minutes per cup. After heating, let the cup stand in the microwave for thirty seconds before moving it or adding anything into it.

Here is what our local science teacher had to say on the matter: ‘Thanks for the microwave warning.’ I have seen this happen before. It is caused by a phenomenon known as ‘super heating.’ It can occur anytime water is heated and will particularly occur if the vessel that the water is heated in is new, or when heating a small amount of water (less than half a cup).

What happens is that the water heats faster than the vapor bubbles can form. If the cup is very new then it is unlikely to have small surface scratches inside it that provide a place for the bubbles to form. As the bubbles cannot form and release some of the heat has built up, the liquid does not boil, and the liquid continues to heat up well past its boiling point.

What then usually happens is that the liquid is bumped or jarred, which is just enough of a shock to cause the bubbles to rapidly form and expel the hot liquid. The rapid formation of bubbles is also why a carbonated beverage spews when opened after having been shaken.

If you pass this on to others, you could possibly save someone from a lot of pain and suffering. Please use the ‘SHARE’ button (lower left) to email or share this message with your ‘social network.’ Thank you!