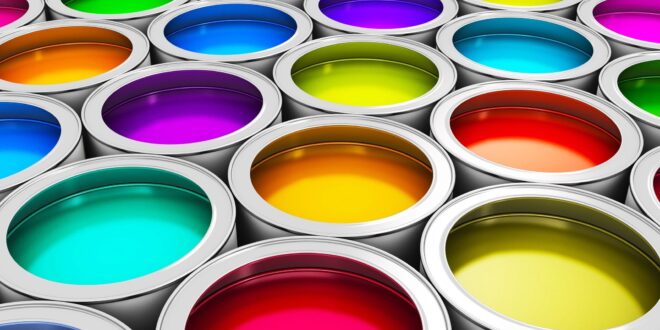 I caught a video on YouTube about a CNN report showcasing the story of a very gifted 12-year-old artist named Akiane Kramarik. There have been several young gifted artists in the past, but Akiane is rather fascinating.

What makes Akiane so unique is not so much how well she paints, but the subject of her work and her inspiration. When she was 4 she had many visions of meeting God. He told her that she needs to paint and help the less fortunate. He also noted that he’d be there to guide her along the way.

When she has a vision, she doesn’t even know what the ‘meaning’ is. She says she sees millions of colors with her visions of heaven that our eyes haven’t even seen yet on earth.

What makes her story even more bizarre is when you discover her mother is an Atheist and her father is a recovering Catholic. Religion was never discussed in the house and the kids are all homeschooled. Even her little brother is a talented, budding artist.

Akiane was born in Mount Morris, Illinois. She is primarily a self-taught painter, but she states that she is taught by God. She started drawing at age four, painting at six, and writing poetry at seven. Her first completed self-portrait sold for $10,000.00. A large portion of the money generated from sales is donated by Akiane to charities. Her art, which depicts life, landscape, and people, is inspired by her visions of heaven, and her personal connection with the Christian God.

Listen to this interview with child-prodigy, Akiane Kramarik (3:34 min)…

Here are some more interesting facts about Akaine…

• Born underwater at home, on July 9, 1994, in Mount Morris, Illinois, to the atheistic stay-at-home Lithuanian homemaker mother, and an American father, chef and dietary manager.
• Lived in Illinois, Missouri, Colorado and Idaho, experiencing poverty and affluence.
• Having attended both public and private schools, now is home-schooled with her four brothers, Delfini 18, Jean Lu 16, Ilia 8, and Aurelius 2 years old.
• Began drawing at 4, and painting at 6, teaching herself and learning mostly from her own keen observation and study.
• Speaks four languages: Lithuanian, Russian, English and Sign Language
• At 4, had a life-changing spiritual transformation, bringing the family to God.
• At age 7 began writing poetry and aphorisms.
• Her poems often arrive fully conceived.
• The inspiration for her art and literature comes from her visions, dreams, observations of people, nature and God.
• Paints from imagination, reference materials and models.
• Favorite size canvases: 48 x 60 inches.
• Considers her style: Akianism -a universal blend of realism and imaginism
• Wants people to find hope in her paintings.
• Has the same goal with each painting: to be inspiration for others and to be the gift to God.
• Favorite medium: acrylics for full figures, and oil paints for large portraits.
• Rises at 4 a.m. five-six days a week to get ready to paint in the studio and write; works for about 4-5 hours each day.
• Often works over a hundred to two hundred hours on a painting, producing 8 to 20 paintings a year.
• Usually makes many sketches before painting.
• Works on one painting at a time.
• Favorite subject: people and spiritual subjects.
• Has “start-to-finish” demonstration videos of her painting.
• Favorite activities and hobbies: art, poetry, piano, reading and helping people.
• Likes about herself: “sensitivity to people”.
• Does not like about herself: “impatience”.
• Assesses her own character: “daring heart and cautious mind”.
• Her biggest wish: “that everyone would love God and one another”.
• Her life goal: to share her love for God and people around the world.

Learn more about Akiane and see or purchase her art at: www.artakiane.com

Previous Aristotle Quotes
Next The Dreams