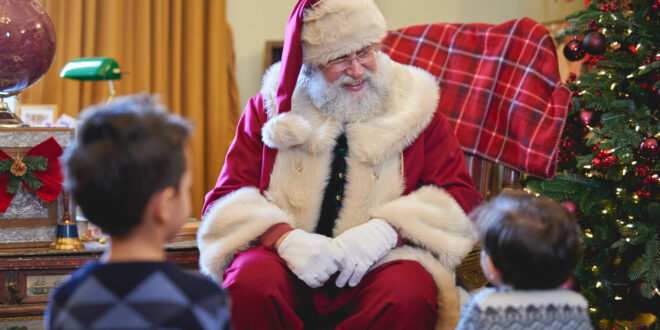 Listening at Christmas, and Always

A few years after I left my secondary school in Manchester, I was invited to help out with the school’s Christmas Fair and I decided to have a go at being Father Christmas. I had recently grown my first full beard and thought that I would enter into the role by rubbing flour into my growth. Though I say it myself, I looked rather splendid and certainly I attracted lots of custom.

I was enjoying myself enormously, bringing a sense of magic to so many young children, but I was mystified by one young boy who paid for a second visit and then astonishingly for a third. The presents on offer were really pretty pitiful, so I asked him why he was coming to see me so often. He answered simply: “I just love talking to you.”

It was then that I realised that, in many households, parents do not encourage their children to talk and really listen to them. This was a lesson that I have taken with me throughout my life. So, at home, at work, socially, always encourage family, friends, colleagues to talk about themselves and their feelings – and really listen.

Roger Darlington is a portfolio worker, specializing in consumer affairs and the communications industry. Roger, who is half English and half Italian (his wife is half Welsh and half Czech), lives in London, England. He enjoys traveling to new countries and experiencing new cultures. His web site is filled with enriching content featuring many of his writings and favorite collections of knowledge. Visit www.rogerdarlington.co.uk

Previous The Secret of Happiness
Next Lovely Coincidence