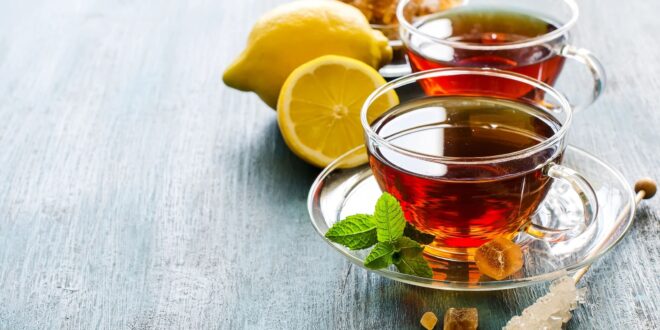 A hot cup of tea may do more than relax you. Research shows tea consumption may help prevent a wide range of ailments.

The latest medical research is finding potential healing powers in this ancient beverage. Recent research, for instance, suggests drinking tea may help prevent everything from cavities to Parkinson’s disease. And some studies indicate it may even save lives.

The benefits of tea consumption may extend throughout the body, experts believe. Here is a partial list of conditions some research has shown may be prevented or improved by drinking tea:

Arthritis: Research suggests that older women who are tea drinkers are 60 percent less likely to develop rheumatoid arthritis than those who do not drink tea.

Bone Density: Drinking tea regularly for years may produce stronger bones. Those who drank tea on a regular basis for 10 or more years had higher-bone mineral density in their spines than those who had not.

Cancer: Green tea extracts were found to inhibit the growth of bladder cancer cells in the lab while other studies suggest that drinking green tea protects against developing stomach and esophageal cancers.

* Sipping on a cup of hot tea may be a safeguard against cancer. Population studies have linked the consumption of tea with a reduction in risk for several types of cancer. Researchers speculate that the polyphenols in tea may inhibit certain mechanisms that promote cancer growth. Both green and black teas have been credited with cancer-inhibiting powers.

Flu: You may be able to boost your fight against the flu with black tea.
Your best defense against contracting the flu is to wash your hands often and get vaccinated against the influenza virus. Black tea may further bolster your efforts to stay healthy. In a recent study, people who gargled with a black tea extract solution twice per day showed a higher immunity to flu virus compared to the people who did not gargle with black tea.

Heart Disease: A recent study published in the journal Circulation found that drinking more than two cups of tea a day decreased the risk of death following a heart attack by 44 percent. Even less spirited tea drinkers were rewarded: Consuming just two cups a day decreased the risk of death by almost a third.
Tea is a rich source of the flavonoids quercetin, kaempferol, and myricetin, and research shows that high dietry intake of these compounds is associated with a reduced risk of fatal heart attacks. In one study, people who drank about a cup and a half of tea per day were almost 40% less likely to suffer a heart attack compared to tea abstainers.

Parkinson’s Disease: Tea consumption may be protective against developing this debilitating neurological disorder.

What’s responsible for tea’s many health benefits?
It’s the complex brew of chemicals that make up this seemingly simple beverage.

“The big class of chemicals in tea are flavonoids a natural class of antioxidants that are found in many natural plant-derived foods,” explains Dr. Kenneth Mukamal, an internist at Beth Israel Deaconess Medical Center in Boston and author of the Circulation report. “In American diets, black tea represents probably the single biggest source of flavonoids.”

Antioxidants rid the body of molecules called free radicals, which are side products of damage done to the body by pollution and the natural aging process. Free radicals in the body’s cells are very unstable and tend to react negatively with other important molecules like DNA, causing malfunctions and injury on the cellular level. The destruction these free radicals produce may therefore pave the way for diseases like heart disease and cancer.

In the case of heart disease, antioxidants in tea may prevent death from second heart attack by helping blood vessels relax, thereby allowing blood to flow through more easily, potentially lowering blood pressure and reducing stress on the heart.

Antioxidants are thought to be behind the benefits of tea on dental health as well. A number of studies have suggested that rinsing with black or green tea may lead to better oral health.

“We have found that the [antioxidants] in black tea will suppress the growth of bacteria in the mouth that cause cavities and gum diseases,” says Christine Wu, professor of periodontics at the University of Illinois at Chicago College of Dentistry. “These will inhibit or interfere with the attachment of bacteria to the tooth surface.”

A Prescription for Better Health?

With so much compelling research, isn’t it about time for everyone to consider brewing up more of this potent potable?

“For nearly everybody, there are few, if any, downsides to drinking tea. It’s hard for me to tell people not to do it,” says Mukamal. “But I’m not sure our evidence is quite at the stage where we would be recommending that everybody drink tea.”

That’s because some people may be sensitive to certain components of tea. And while the caffeine content is 1/3 that of a cup of coffee, some people may react to caffeine at any concentration.

Additionally, researchers need to pin down how much and how often tea should be consumed for optimal health. “Drinking tea is beneficial, but we need to do more studies to substantiate it,” says Wu.

In the meantime, adding tea to your list of possible beverages is probably a good idea, experts say.

“I think it’s reasonable for people looking to make healthy lifestyle choices to consider tea as a better option than other beverages which aren’t necessarily harmful, but which may not give people the added benefits that something like tea does,” says Mukamal.

“We found that the black tea infusion can inhibit or suppress the growth of bacteria that promotes cavities and affect their ability to attach to tooth surfaces,” Christine Wu, professor of periodontics at the University of Illinois and lead researcher on one part of the study.

Wu said that while earlier studies in Japan have shown the cavity-fighting benefits of green tea, known for its rich antioxidants, her team chose to focus on black tea, which is more popular in western culture.

The research is part of a collaborative study done in conjunction with the College of Dentistry at the University of Iowa and the Institute of Odontology at Goeteborg University in Sweden. The findings were presented at a meeting of the American Society for Microbiology in Orlando, Florida.

300 Species of Bacteria
Dental plaque contains more than 300 species of bacteria that adhere to tooth surfaces and produce cavity-causing acid. Plaque is also a leading cause of gum disease.

A specific element of black tea, called polyphenols, killed or suppressed cavity-causing bacteria from either growing or producing acid, according to Wu’s study. The tea also affected the bacterial enzymes and prevented the formation of the sticky-like material that binds plaque to teeth.

Participants in the study rinsed with tea for 30 seconds, five times, waiting three minutes between each rinse.

“We were trying to simulate what people did while sipping tea,” Wu said.

A similar study by Goeteborg University, where participants rinsed with tea for one minute 10 times per day, showed comparable results. Both studies showed that the more people rinsed, the more their plaque and bacteria levels fell.

In the University of Iowa study, researchers looked at the impact of black tea’s fluoride content on preventing cavities but found the benefits less clear. They exposed pre-cavity lesions to black tea but saw little change, suggesting that tea’s cavity-fighting ability stems from a complicated reaction between it and bacteria.

Fluoride Not A Factor?
“We had very little results, which implies that if tea is having a result in normal use it’s not from fluoride,” said James Wefel, professor and director of the Dows Institute of Dental Research at the University of Iowa.

Of course, to help prevent cavities the tea must truly be “black,” without sugar, milk, honey or other additives. Researchers also stressed drinking black tea should not replace traditional oral hygiene.

“Tea will affect the plaque formation but one has to brush their teeth to remove the plaque,” Wu said. “It’s a must.” And while black tea may fight cavities, it does not combat tooth stains.